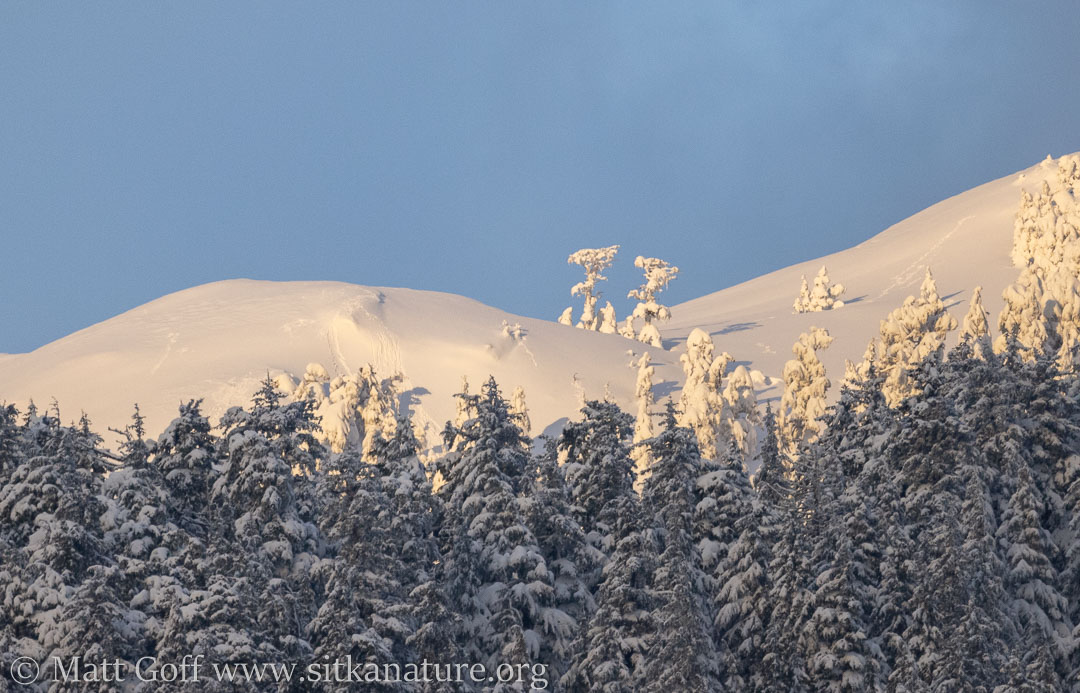 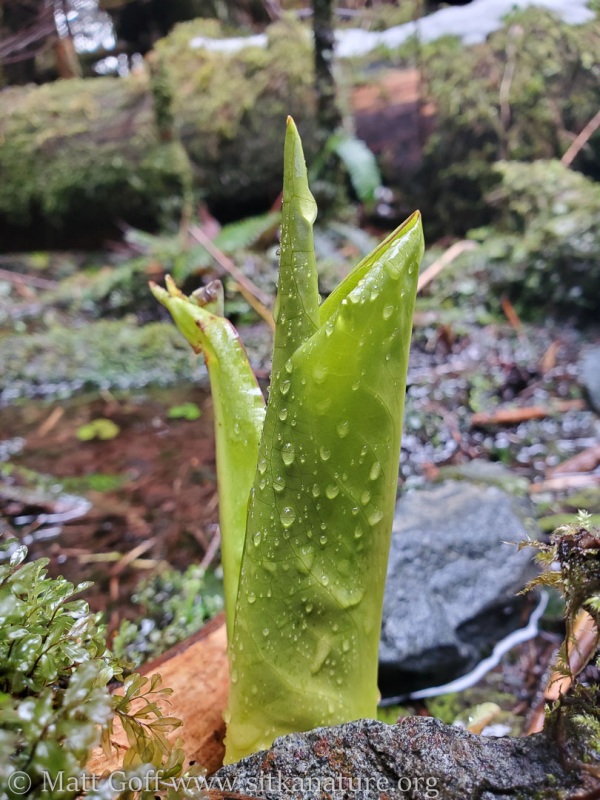 The sun was out for a bit this morning and again this evening, but the middle of the day was cloudy with some light rain and snow. (The forecast for mostly sunny skies didn’t pan out, at least for town.)

It was time to take care of the Gavan Hill ibuttons, so I headed out shortly afternoon. There was less snow than I thought there might be. Although there was snow where no canopy was overhead, anywhere branches were above, the ground was pretty much clear. At least this was true lower down. By the time I got to the upper cross trail, there was a continuous inch or two thick layer of wet snow.

As it turned out, I had only 56 hours to spare before the ibutton set to record every hour filled up.

I saw the Rusty Blackbird which has been observed a few times over the past week or so at Swan Lake. It seems likely that it’s the same one that was there late last year, but I don’t know where else it has been spending time.

Today I saw five Trumpeter Swans on the lake, around midday. When I stopped by again this evening, I saw four fly off, and none left on the lake. I’m guessing these are still ones that wintered, in which case they’ve only mostly left.

When I was out this evening, I noticed Verstovia was out of the clouds for the first time that I had noticed since last Sunday. I headed over to the channel to get pictures.

While waiting for the patch of sun to work its way up the mountain, I noticed there were a bunch of ravens flying along the flank of the mountain. I got a brief video (best to view it full screen, as the ravens are far away). By the time I had figured out how to get my camera set up more how I wanted it, they had mostly settled down (I could still see several of them perched on trees). I’ve seen this sort of flight behavior before. I like to think of it as the raven equivalent of social dance. 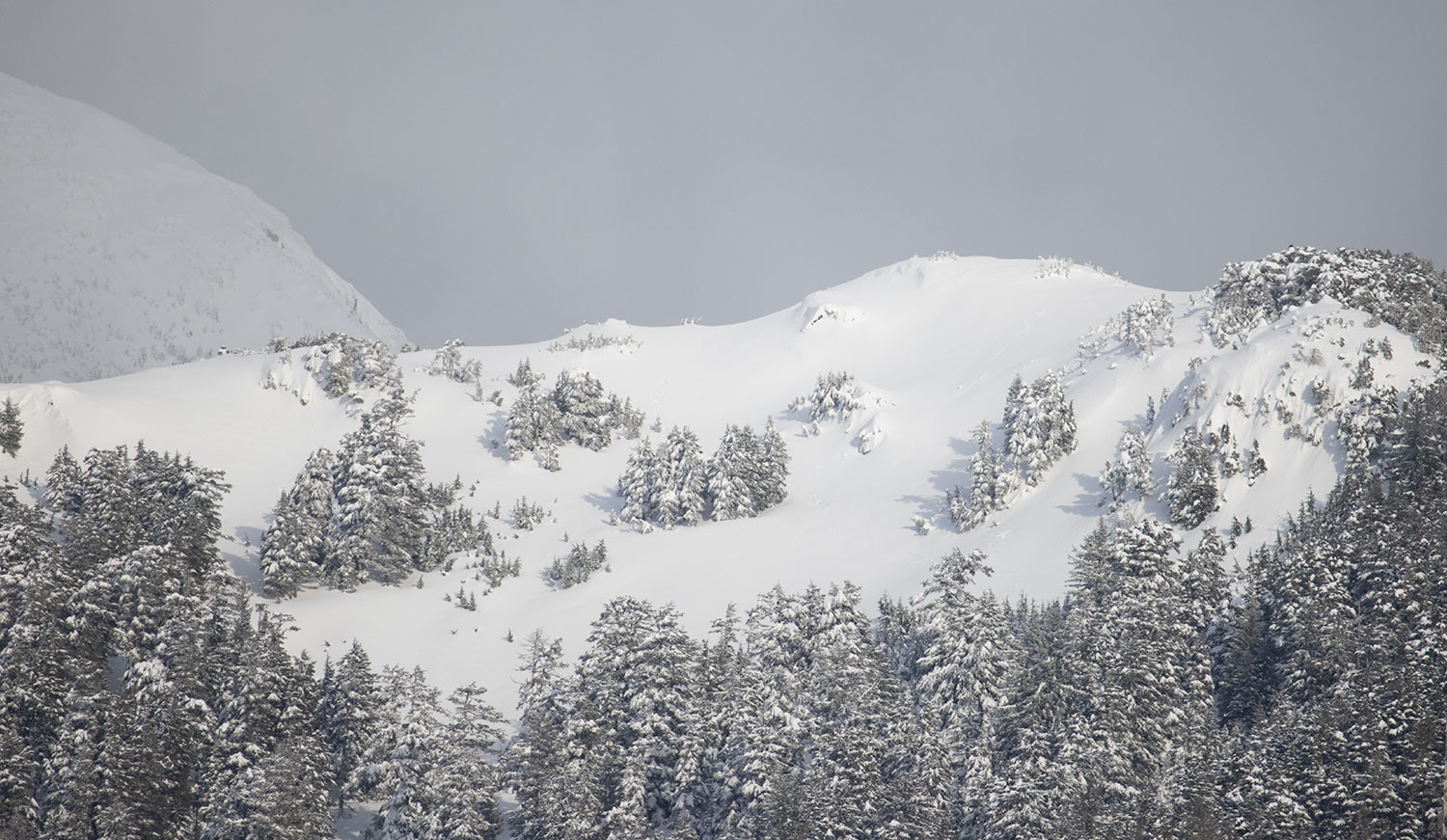 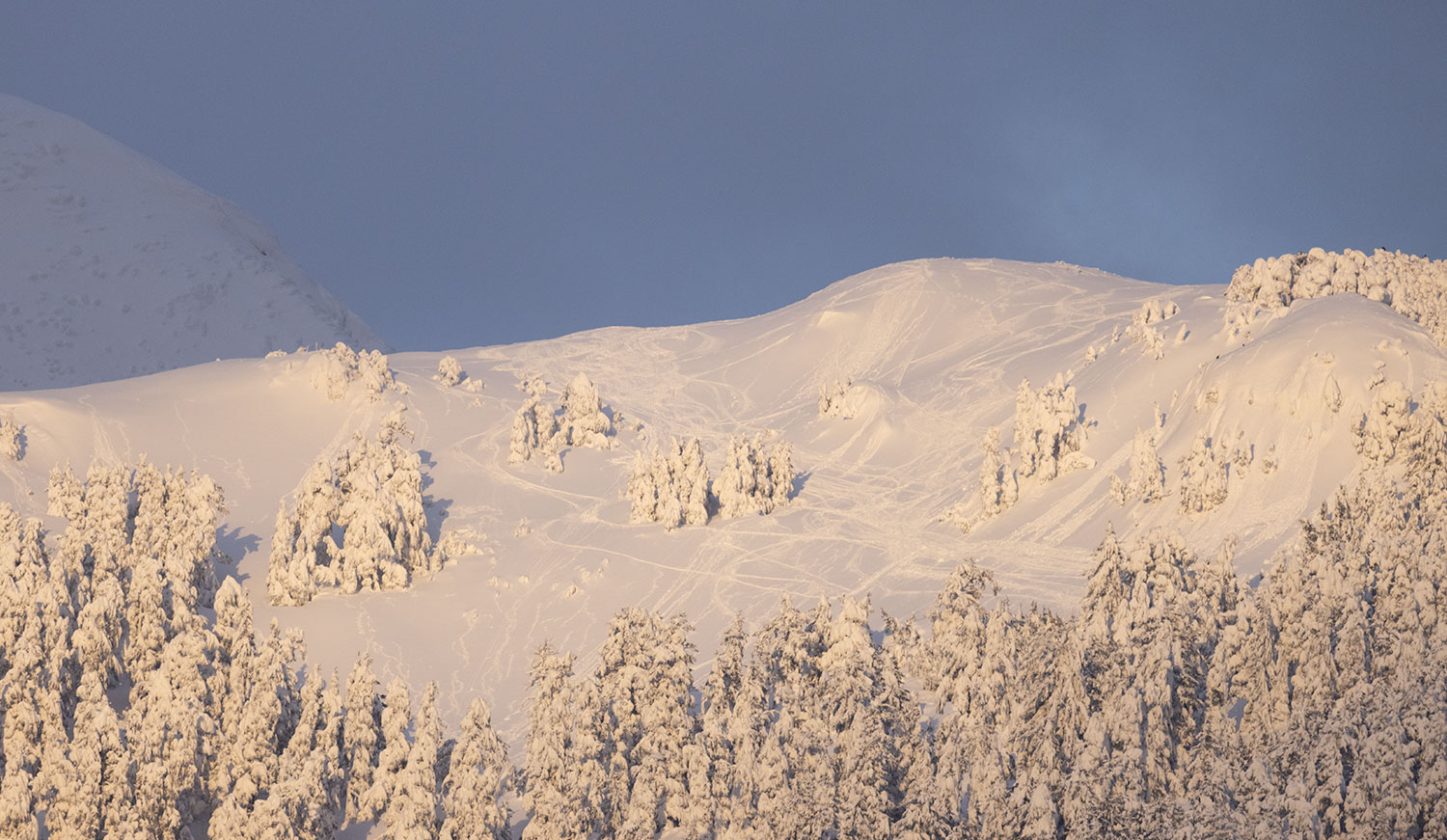 The before picture is from March 12th. In the three weeks since, it’s clear much more snow has accumulated. Many of the smaller looking trees in the earlier image are completely covered by snow.

This evening there was a report of a Boreal Owl calling at Starrigavan. They can sound like the much more common Western Screech Owls, so I wasn’t too quick to get out there. I later learned the observer had checked and compared the different calls while out there, so felt a bit more motivated. Of course this was a couple of hours later, and it was quiet. I walked a bit of a loop up the road to the campground and back along the estuary life boardwalk. I did hear some footsteps in the snow that I suspect were a deer. (I also saw a deer alongside the road while driving out – it was in pretty close to the same place when I was coming back, but went up into the woods when I slowed down.) 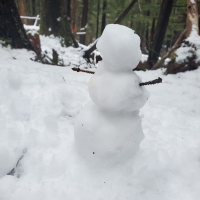 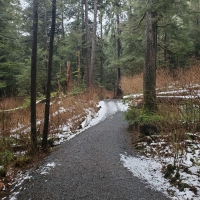 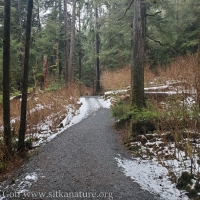 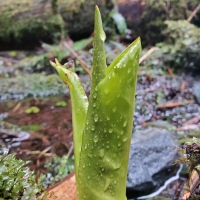 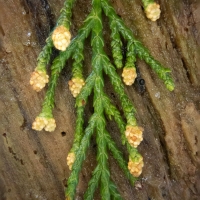 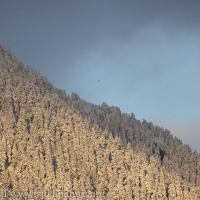 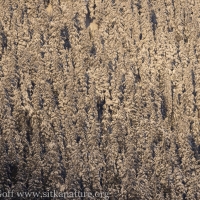 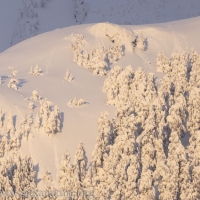 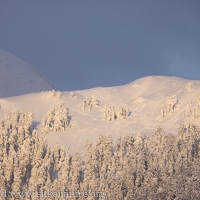 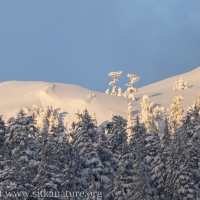 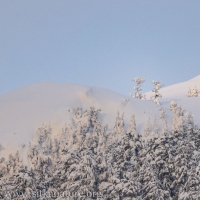