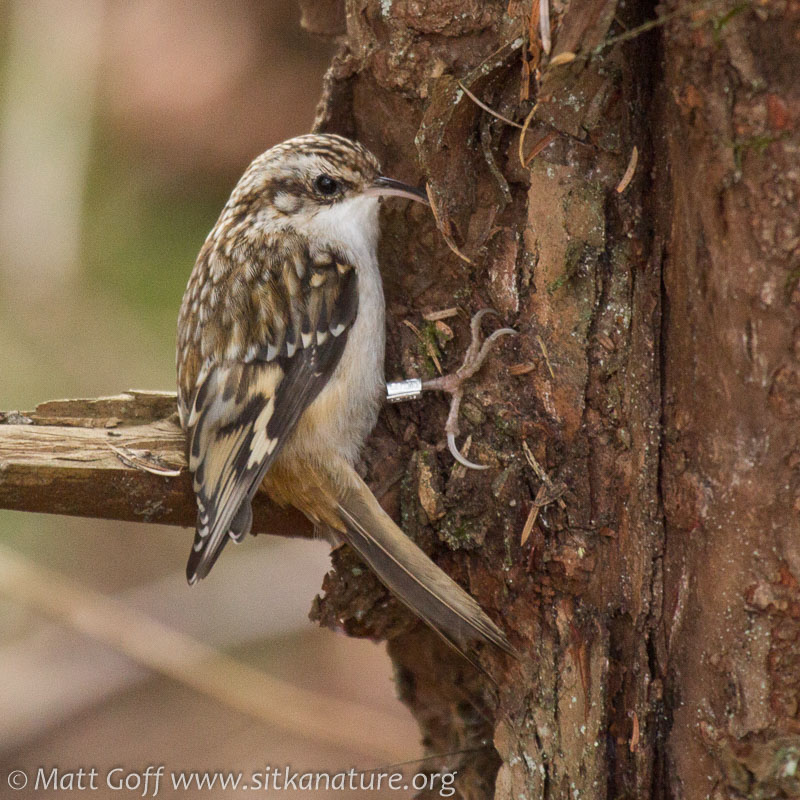 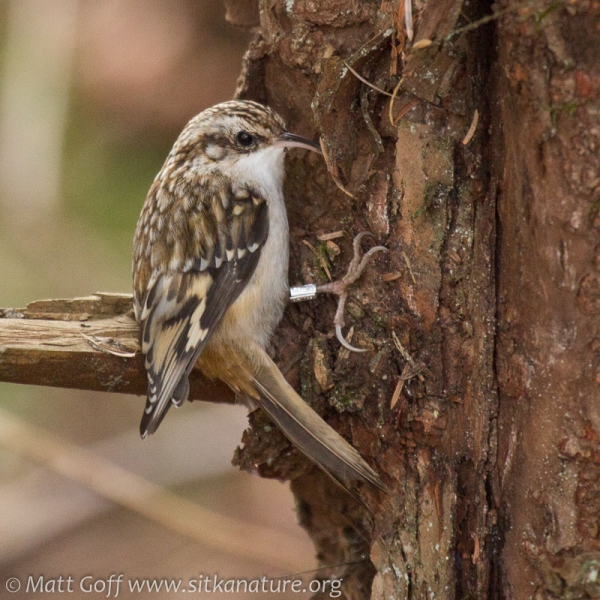 Today was one of those with heavy clouds where even mid-day light levels are more like dusk . Snow continued to fall throughout much of the day, occasionally mixing with rain, before turning to rain this evening. However, it did not accumulate here in the neighborhoods where I live.

I did take a drive out to look at Silver Bay and was surprised how much snow was on the ground starting at the top of the hill coming out of Jamestown Bay. It looked like 3 inches or more, and the road was quite slippery. The amount of snow on the ground decreased again past Whale Park, though there was still more than in town.

Lucy let me know about a Canvasback on Swan Lake this morning. It wasn’t until after lunch that I was able to go take a look.

Just a relatively small opening running along part of the Lake Street shore between the peninsula and the radio station had open water. Many gulls were loafing on the ice, with a few bathing in the open water.

The Canvasback was diving at the edge of the ice and bringing up vegetation (maybe Chara?) to eat. For most of the time the American Coot was right there ready to grab a bite (it can dive, but seems to prefer to grab food from other birds sometimes), and an American Wigeon and Ring-necked Duck also tried to get in on the food action as well.

Just before I arrived at the lake, I had noticed some birds (juncos, mostly) in the bushes and trees on the north side of Hirst Street. Among them was a Brown Creeper that was foraging low down where it was easy (except for the dim light) to photograph.

When reviewing my photos at home, I was surprised to find the Brown Creeper was banded. It probably was the same bird they captured at BMS while banding last week (about .5 miles away from where I saw it). 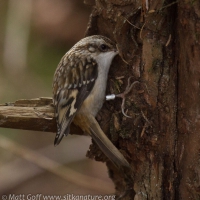 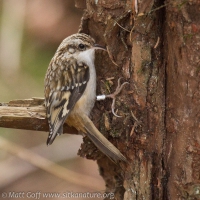 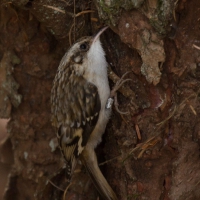 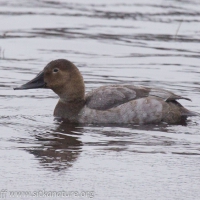 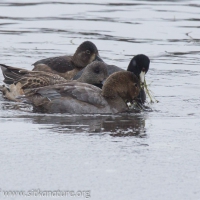 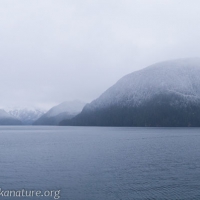