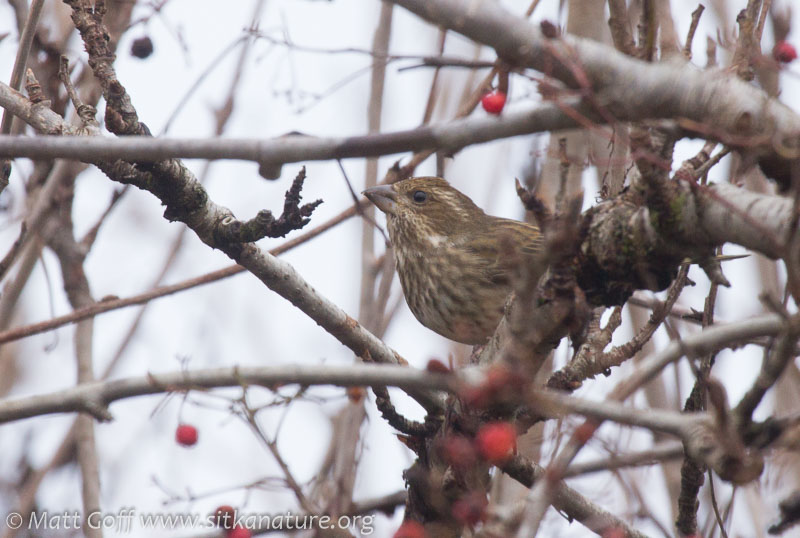 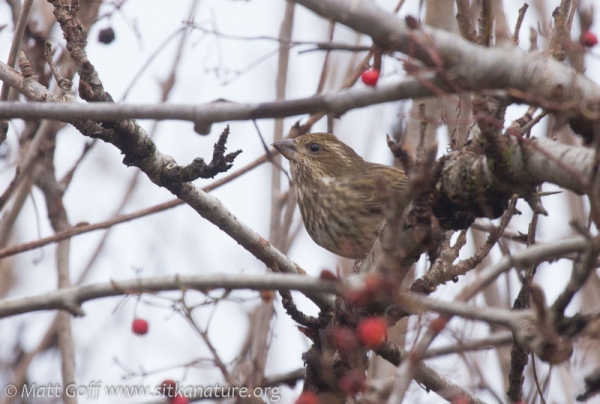 I took a short walk around the neighborhood around noon after dropping my dad off at the airport. I saw no sign of the Purple Finch, though other birds (juncos, primarily) seemed to be acting a little strange. I’m not sure what was going on, but some of them seemed a little agitated.

This afternoon I was walking down to the harbor to help move something and happened to notice the Purple Finch in a mountain ash (Sorbus aucuparia) tree eating berries. Fortunately I had my camera (for just this reason), and was able to grab a couple of photos before continuing on to the harbor.

The bird was still in the same trees eating berries a little while later on my way back home, but it wasn’t long before it flew off. I did talk to one of the residents of the house who said he had seen the bird on at least one morning previously, but did not know what it was.

It’s not clear to me where the bird is spending most of its time (I’ve checked the same trees many other times in the past week without seeing it), but based on what I saw today, it seems like a good idea to focus on mountain ash trees, or other lingering fruit on ornamental trees/shrubs in the neighborhoods between Jeff Davis and downtown (and perhaps even further away). 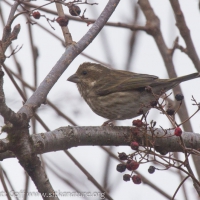 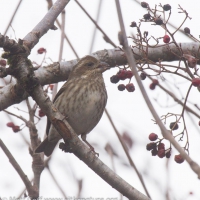 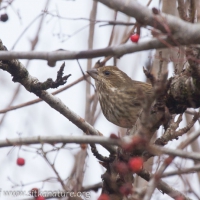 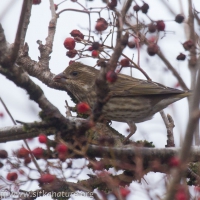 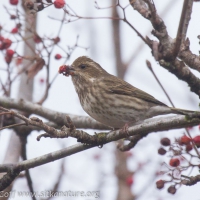 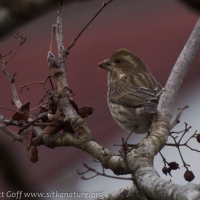