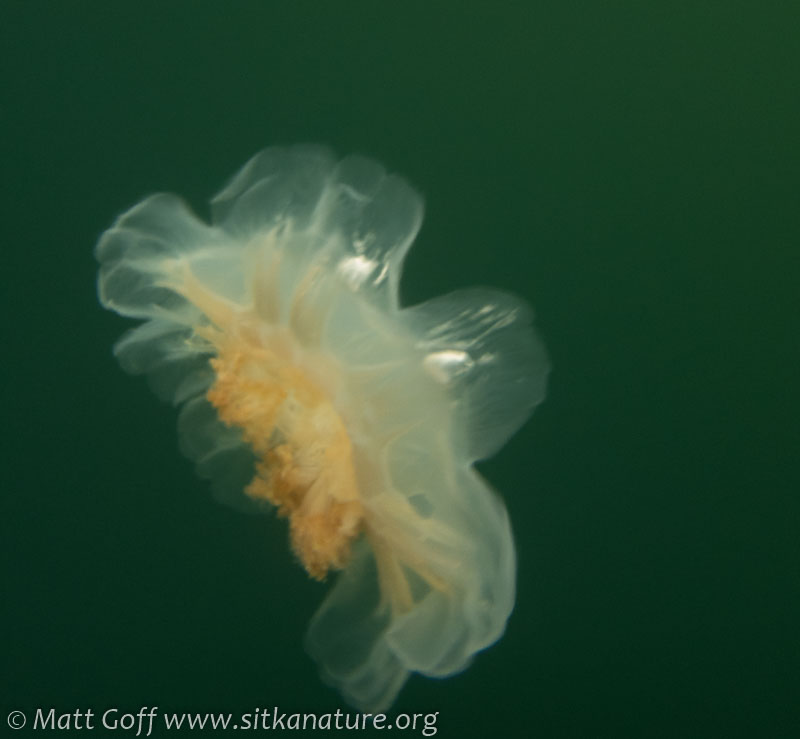 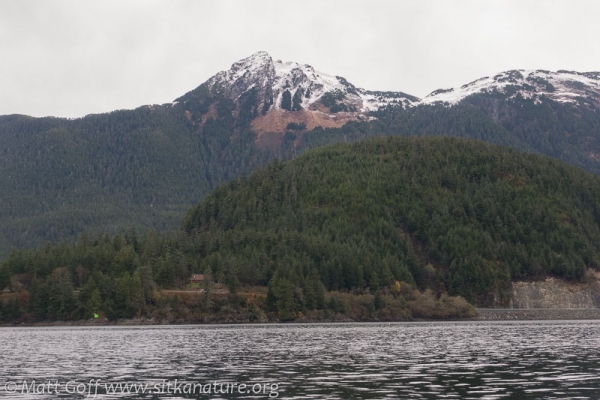 After yesterday’s wind and rain, today’s dry overcast and calm was a welcome change for my time out on Silver Bay. I spent the better part of three hours out watching while the construction crew worked on getting the first of the large piles for the new dock anchored into bedrock.

Unlike yesterday, there were no whales in the bay, though sea lions and a seal were once again near the same little nook on the east side of Sugarloaf Mountain.

The many jellyfish were easier to observe with the glassy calm, and I even managed to get mediocre photos of one swimming near the surface.

While out near the mouth of the bay, I was struck by the wide strip of young growth forest on the hill separating Thimbleberry Lake from Silver Bay. I’m not sure what happened there, but am curious. It could have been logged, or perhaps there was an extensive blow down. An on the ground look would probably make it clear one way or the other, so perhaps I’ll try to investigate further at some point. 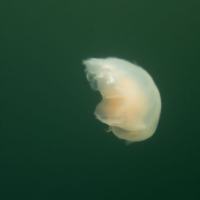 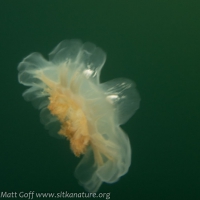 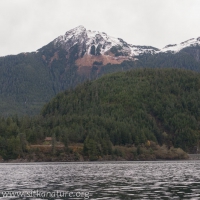