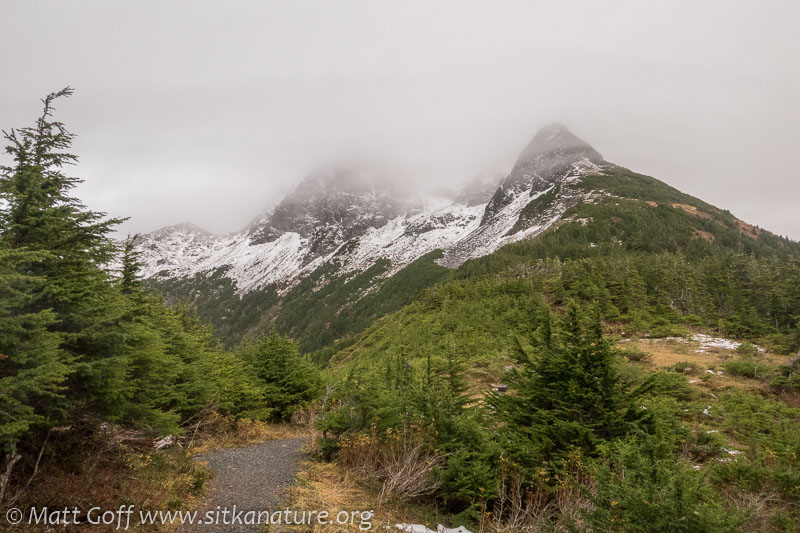 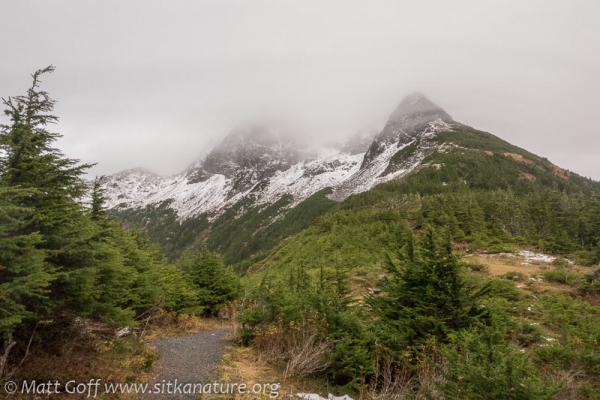 I was a little surprised to wake up this morning and see clear blue skies and white frost covering the ground. I guess I hadn’t paid enough attention to the forecast (focusing instead on the call for heavy rains in the next couple of days).

After getting some work done this morning and eating lunch, skies were still sunny with clouds to the south. The forecast for called for rain after 4pm, so I figured Rowan and I had time to get up Harbor Mountain to take advantage of the sun and still open gates (they are usually closed for winter around November 1st).

The transition from clear to overcast happened a lot faster than I expected. Despite leaving with blue skies overhead, the clouds had started to move over by the time we were halfway up Harbor Mountain road. The peaks of Harbor Mountain were still framed by blue, but when we arrived near the top, it was completely overcast and clouds had even started to obscure the rocky peaks.

Snow levels dropped fairly low within the last week, but much of that had melted. We first passed snow along the trail at the top of the slope above the parking lot, but only a little bit, and not on the trail.

Rowan and I walked to the talus fields before turning around. Along the way, it was interesting to see several blueberry bushes still holding on to many berries, despite having already lost their leaves. I suspect in most years, many of these berries would have been picked by local folks. This year the road was closed at the second gate during prime berry picking season, and the 3+ mile walk up the road no doubt demotivated would-be pickers.

On the way back we could see showers in the distance, and one of them appeared to be moving our way. We hurried down the last stretch of gravel trail as a bit of rain started to fall. Fortunately (we had dressed more for the sun), the heavier showers didn’t occur until we were in the car on our way home.

Trip timing: Hour and a half round trip, about 30 minutes from the talus field to the car. 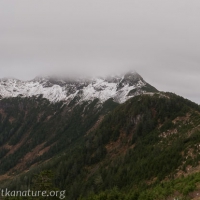 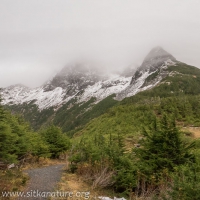 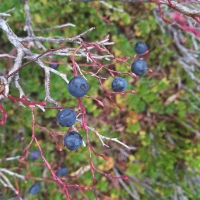 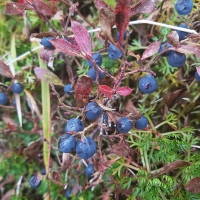 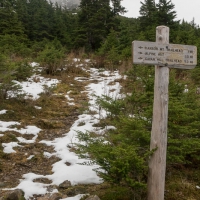