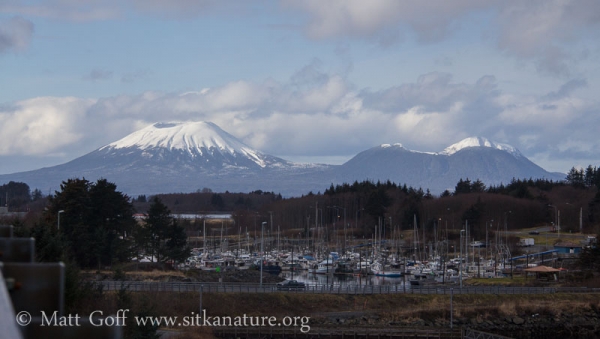 Tuesdays tend to be very full for me, and today was no exception. I woke to see snow on the ground, not a complete covering but ground that was more easily cooled (or perhaps had less thermal mass?) had a layer of snow, not just the cars. When I started the car to go to class, I discovered that it was actually frosty underneath, so ended up needing to scrape the windows. As the day went on, the clouds broke up and it became partly cloudy. It was nice to see Mt. Edgecumbe blanketed in snow for one of the only times this winter. I don’t imagine the cover will last long, but I’ll enjoy it while it’s here. Temperatures tonight are supposed to get down to the upper-20s. Hopefully not cold enough to kill the blooming berry bushes.

I forgot to mention that yesterday I saw a raven carrying a stick from the neighborhood over towards the old experimental farm. I’m not sure how far back it went, as it disappeared behind the trees at the end of Park Street. 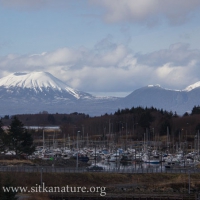 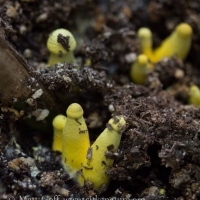 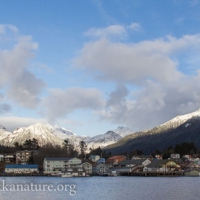 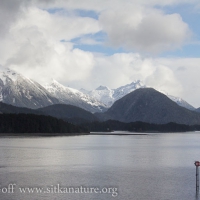