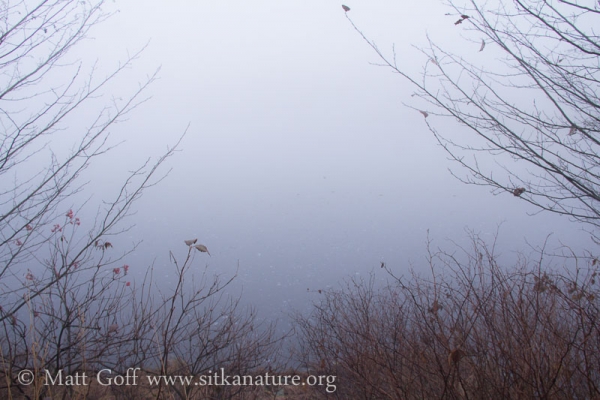 Fog this morning gave way to partly sunny skies by noon. It seemed as though the fog had lifted and gone completely, though I was not really a position where I could observe a wider area. By mid-afternoon (2:30-3pm) fog had moved back in. Leaving the middle school there was some fog around, but I could still see the sun through the trees. Had I not some tasks that needed taking care of, I probably would have chased some light, as I do enjoy getting shots of sun rays through the fog. Walking down toward the lake, the fog was thicker – so much so that I could not see across to lake street until I was getting close to the roundabout (today’s photos are from that stretch – on a clear day, the far side of the lake would be visible in each of the pictures). I did not look on the Lake Street side of the lake, but along Halibut Point road, ice still reached to the edge, and seemed pretty well frozen. Walking back along Sawmill Creek Road, the fog once again thinned out, with some blue sky visible by the time I got home. 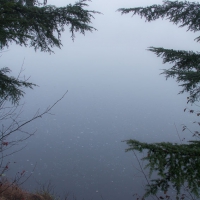 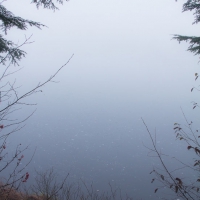 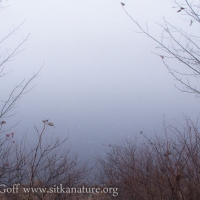