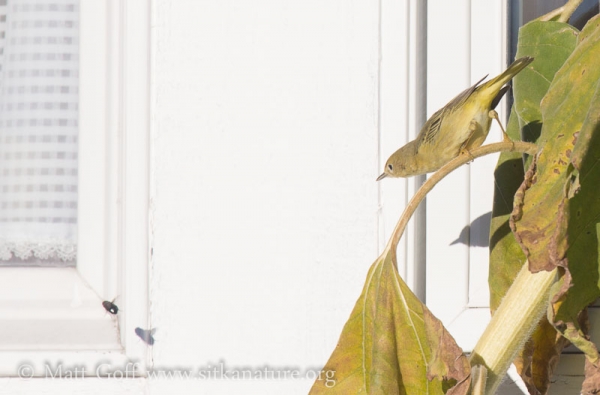 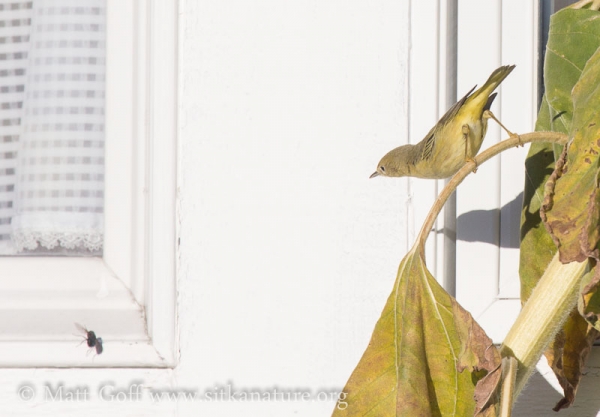 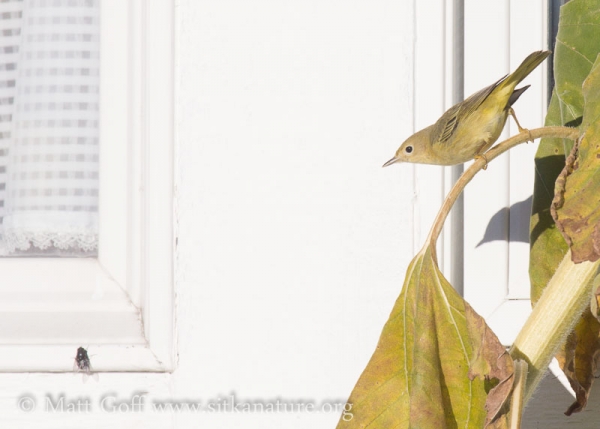 Mid-November is very late in the year for a Yellow Warbler to be around. When Rowan and I spent some time watching one she had spotted last week, it was very actively looking for food. It was funny to see its response to a rather large house fly (at least that’s what I’ve always called them) that flew up and landed near where it was foraging. I think in the end it probably decided the fly was not going to be catch-able, but it sure attracted the bird’s attention.