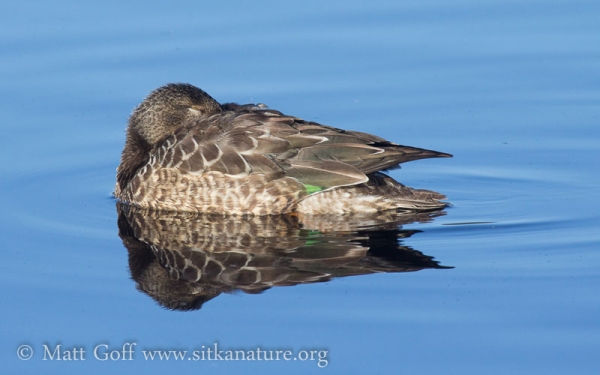 A Northern Shoveler was at Swan Lake last week. They only occasionally are seen here in the winter, so it’s getting a bit late for one to be around. This one seemed fairly unafraid of Rowan’s and my presence, as it came close to the peninsula while we were there. A few feet off the edge of the shore, it tucked its bill under a wing and appeared to be going to sleep. I’m not sure why, but it ended up spinning around a little bit – I think maybe it was just paddling with one foot.

As it was spinning I saw that while one eye was closed, the other remained open. With a vague recollection that birds (and maybe some other animals) can get their rest half of their brain at a time, I did a little more searching. My stop at wikipedia suggests Unihemispheric slow-wave sleep is the technical term. Although this type of sleep is less efficient/effective than full sleep, it does allow a bird to remain at partially alert for predators, or maintain the ability to fly while still resting. Apparently Mallards in particular have been studied and observed to be more likely to be half-asleep at the edge of a resting flock, while those in the middle will be engaged in full sleep. This makes me wonder if there is a certain amount of shuffling over the course of an extended period of resting (say at night) so that different birds are taking the half-asleep watch. 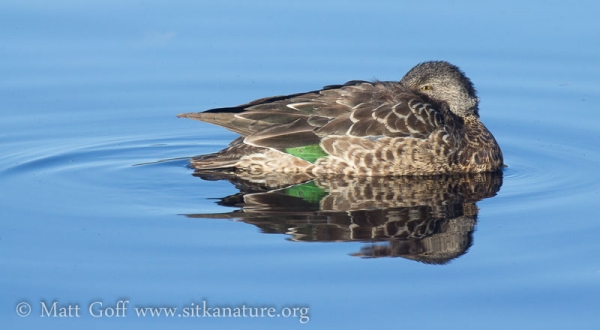