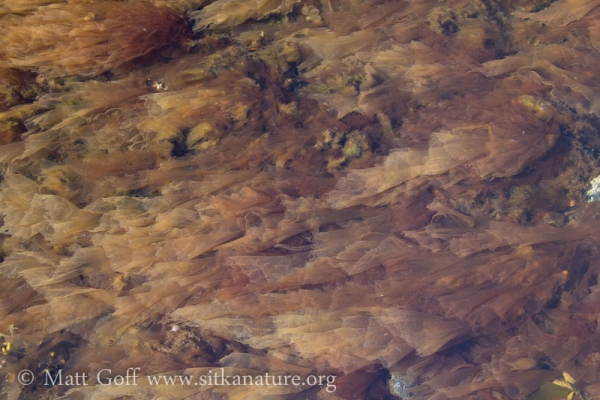 It got up to 70 late this afternoon, easily breaking the record for the day. The old record seems to have been 60F set back in 1956. This seems a little surprising, since 60F is definitely warmer than normal for this time of year, but doesn’t seem that extreme, and 1956 is getting to be quite some time ago. Today’s high temperature was accompanied by gusty winds, which I guess actually contributed to the heat, as they were down sloping winds blowing off the mainland as well as mixing an upper warm layer down toward the surface.

I walked around Totem Park this morning and shorebird activity was much lower than I had seen on Wednesday. There were at least 25 American Pipits scattered around the flats, however. They were quite flighty, and mostly spread out, so it was hard to be sure exactly how many there were. At Swan Lake I saw a Red-winged Blackbird (though two were reported this afternoon) and 5 Greater White-fronted Goose, including one that might be a Tule goose.

While at the park I took some photos of seaweeds in the mid-intertidal stretch of a side river channel. The light was such that there was not too much glare off the surface, and I thought the seaweeds were striking. 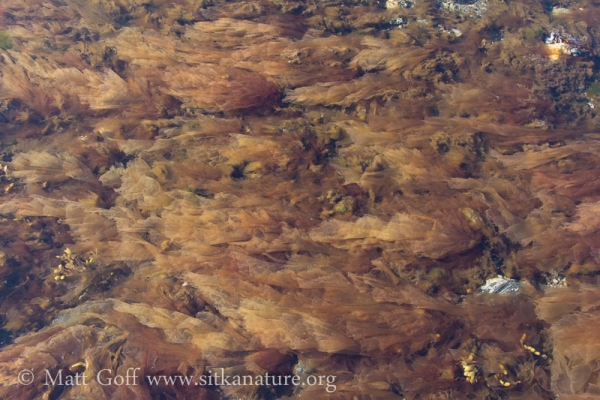 1 thought on “Another Hot Day”