Although it’s officially the first day of spring and despite much of the last couple of months having above freezing temperatures, we received some snow and temperatures down into the 20s. Today sunny skies prevailed and as has been the case on several days over the past week or so, I noticed there were fresh tracks up on the fresh snow of Verstovia. I was even able to capture a picture of a hiker on Picinic Rock. 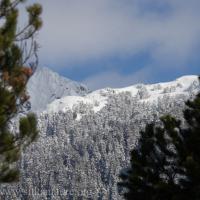 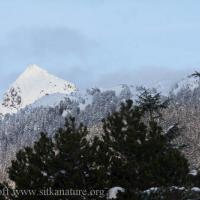 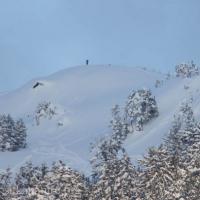 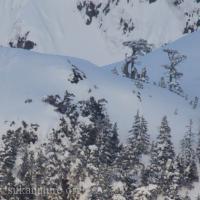 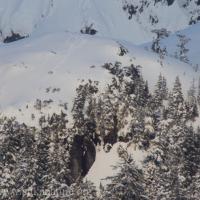