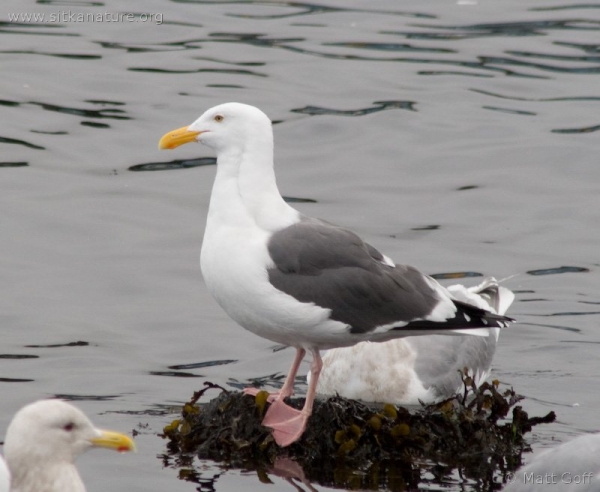 This gull was in with the hundreds (probably over 1000) in the channel today taking advantage of the fish processor’s outflow. It initially stood out due to its dark gray upper parts.

Western Gulls are considered casual for Alaska, so I was not really expecting to find one in Sitka any time soon. I am still not absolutely sure this bird is a Western Gull, but the only other realistic possibility seems to be a Glaucous-winged X Western Gull hybrid, with mostly Western Gull genes.

Characters that lead me to this conclusion include: Large bulbous beak, pale eye with yellow eye ring, dark upper parts, pink legs, and extensive black on the primaries. 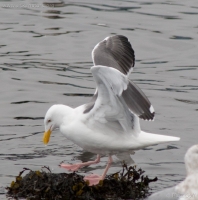