Mid-February seems to bring the arrival of mystery gull season. I’m not sure if it’s just an impression, or actually true in practice, but it seems like around this time more large gulls show up around town where they are easy to observe. For them, it’s the lean time of year, and the food available … Read more 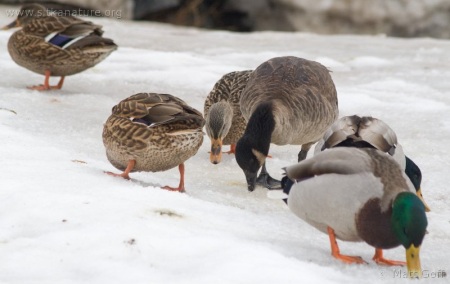 As I was fairly limited by transportation and time constraints, I did pretty the vast majority of my observing between Totem Park and Eliason Harbor, but was still fortunate to see some unusual birds. The Cackling Goose and Anna’s Hummingbird were pretty easy to find, since they have consistently been found in the same locations throughout the winter. I was fortunate to see both Common and Thick-billed Murres from the beach at Totem Park on Friday. Though they were fairly distant, this time of year the plumage differences make them much easier to tell apart. I also saw the Western Grebe from the park Saturday. I managed to catch the juvenile Glaucous Gull that’s been hanging around Swan Lake on occasion, and found the park had been invaded by Common Redpolls on Saturday. I thought I might have seen a Hoary Redpoll as well, but I wasn’t able to get very good pictures of it, so I did not count it. Pine Grosbeaks have not been around much this winter, but I did run into 6 of them downtown on Monday. I also saw Rock Sandpipers at the base of the bridge on Friday. Finally, and in some respects, the most surprising, I saw the Downy Woodpecker as I arrived at Marge and Tedin’s place, where I hoped to get a chance to photograph the Savannah Sparrow or Fox Sparrow that have been showing up at their place on occasion. 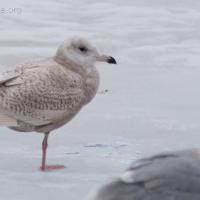 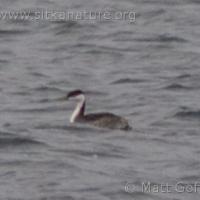 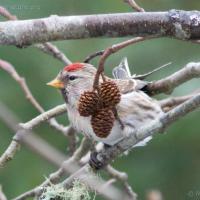 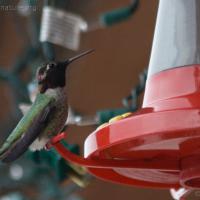 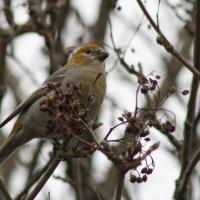