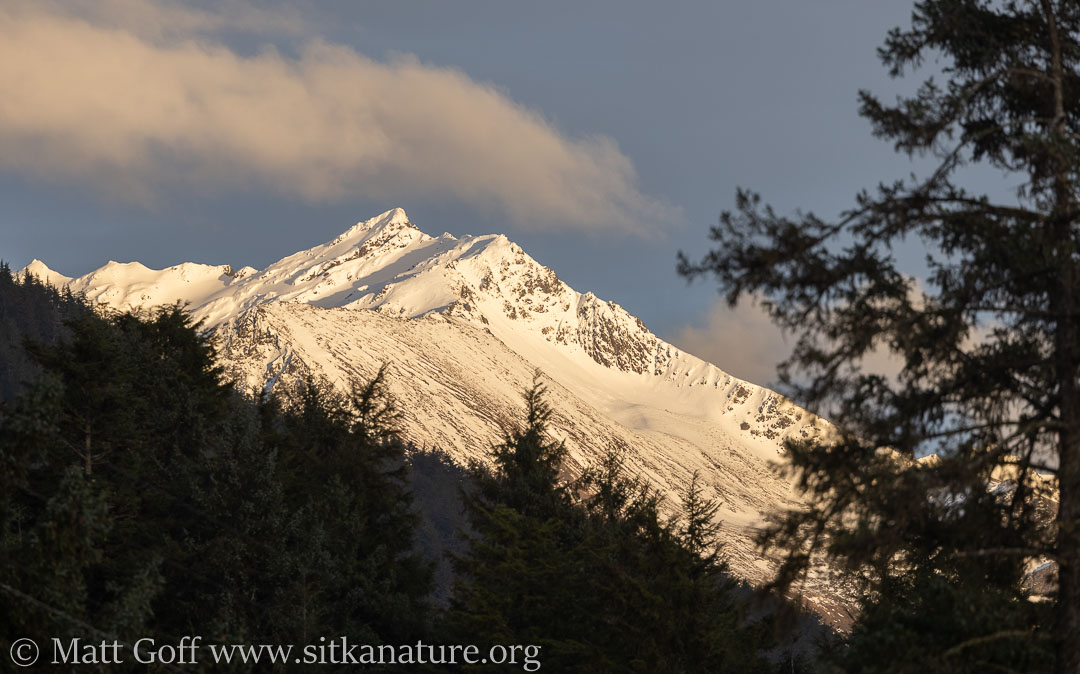 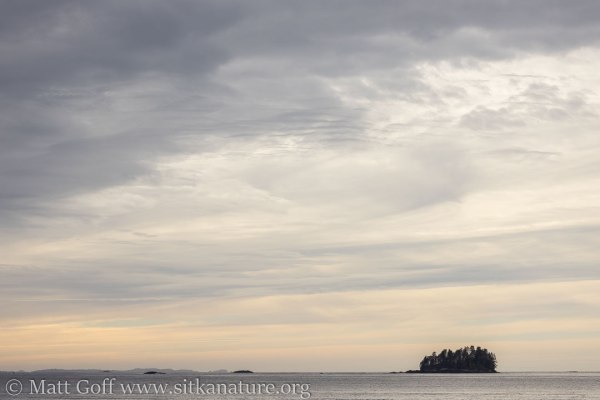 Mostly cloudy and calm. It felt chilly last night, but a cloud layer moved over during the night and the temperature was around 40F this morning.

I spent much of day inside, but did make it out to Kramer Avenue around midday. I also went for a walk around town this evening.

The juncos (and at least one chickadee) were alarming at Kramer Avenue. They seemed dispersed a bit, so perhaps some were calling in response to hearing alarms, but not bothered enough to go check things out.


The activity seemed to be focused something up the a bit. I watched and listened, but didn’t notice anything in particular. Before long the alarms quieted down and faded away.

I have been meaning to checkout an apparent trail I noticed a couple of weeks ago. Today I finally made it. As expected, it was a shortcut between Harbor Mountain road and one of the nearby neighborhoods. Someone(s) put a fair bit of work into it. 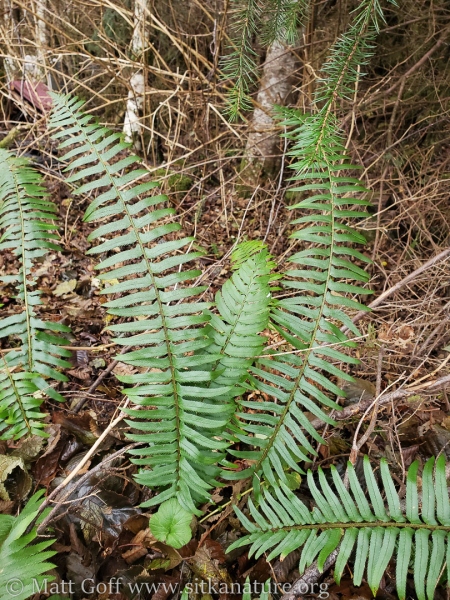 I noticed a sword fern (Polystichum munitum) growing just off the road near a small pullout just before Kramer Avenue. It appears to be a place where folks dump yard waste on occasion, so I suspect that was the source of the fern. Although they are fairly common further south in the the region, and perhaps even up to southern Baranof Island, I have seen no evidence that they are established in Sitka.

Unfortunately, it wasn’t just yard waste that’s been dumped here. I saw what appeared to be a clothes dryer, a couple of bicycle frames, car tires, and a recliner. I’m not sure why folks don’t just take these sorts of things to the transfer station.

The White-throated Sparrow is still at the kelp patch pullout.

While stopped at the kelp patch pullout on my way out, I noticed a gathering of birds. I’m guessing there was some sort of forage fish schooled there. They were two far out for me to easily identify species, but there were definitely gulls, cormorants, loons, and at least a couple of murres based on what I could make out in my photos. 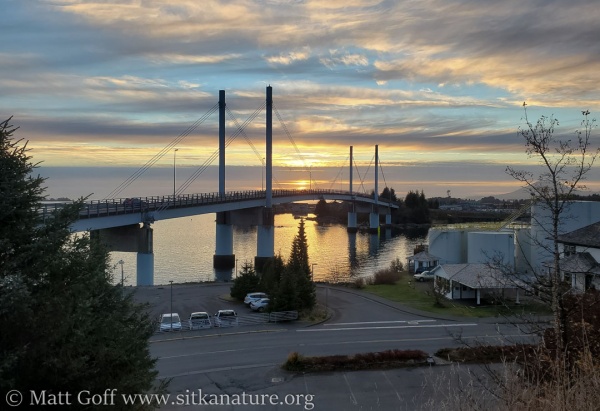 This evening, the sun showed through a gap in the clouds and I decided to head out in case the sunset got fancy. 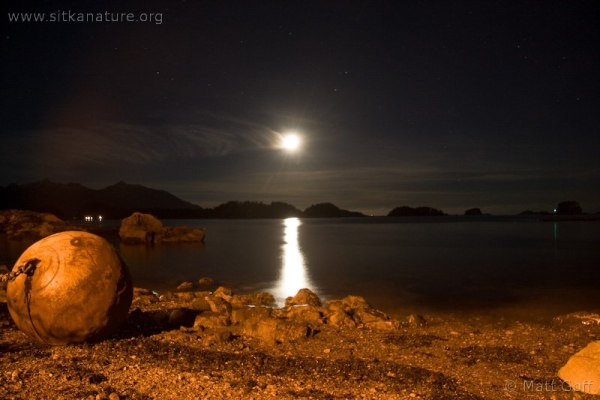 It turned out there was no gap at horizon, so it was a muted sunset. However, the pre-sunset light was striking on the snow-covered mountains. I was a little late for the best views of that, however. 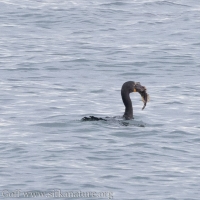 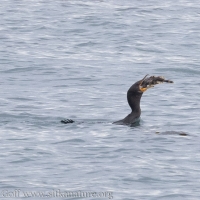 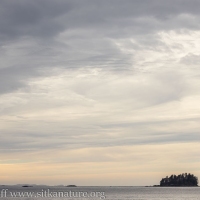 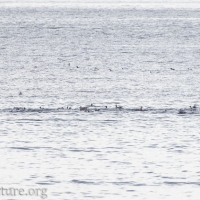 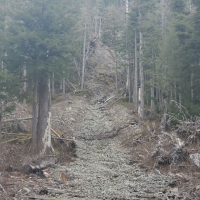 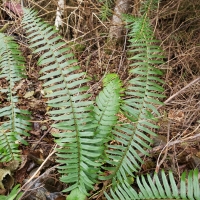 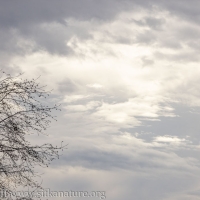 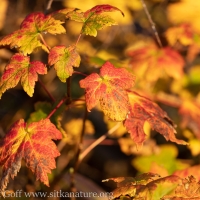 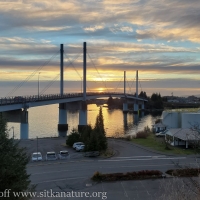 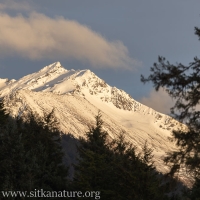 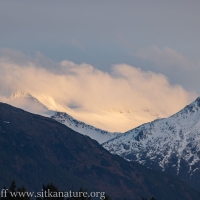