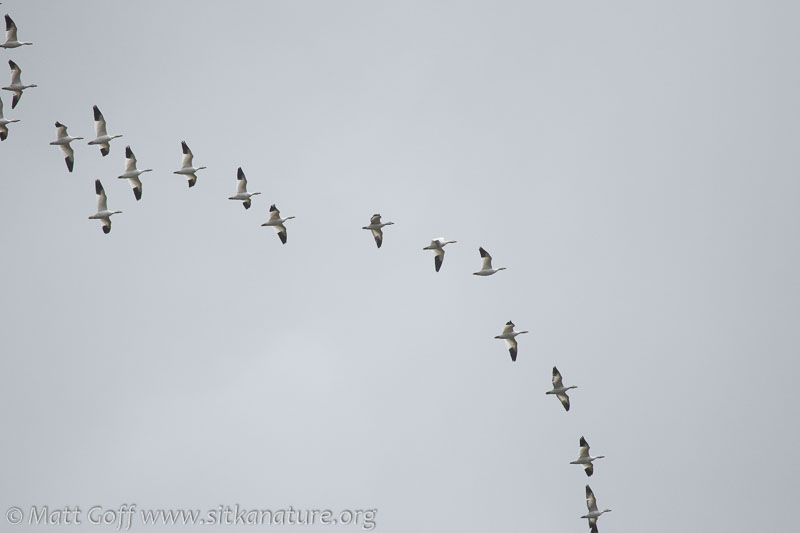 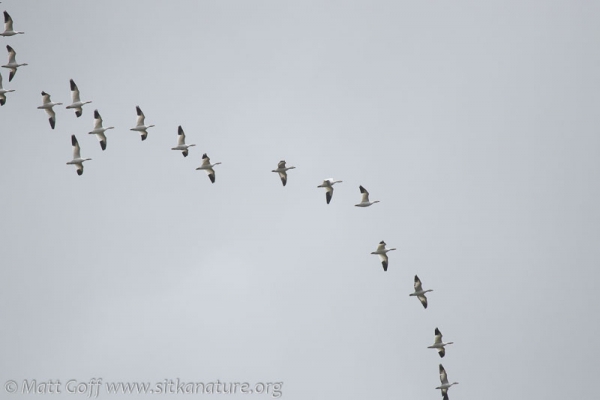 Despite not finding much wind on our outing late last night, it was apparently not done with us yet. I woke up during the early morning hours a couple of times to gusting wind and heavy rain hitting the window.

Winds were still up a bit, but gradually tapered off throughout the day. The highest wave height recorded at the Cape Edgecumbe buoy was at noon today, topping out at 26+ feet (that’s the average of top 1/3 tallest waves during a 20 minute sampling period).

I had calls today, so pretty much spent the day inside. While on my morning call, I heard geese flying over, so I grabbed my camera and popped outside for a moment to see a flock of nearly 50 Snow Geese flying not too high overhead.

It turned out this was a small portion of what sounds like it may have been several thousand Snow Geese and other waterfowl flying south today. I did occasionally hear flocks later in the day, but did not see much, though others reported many flocks flying over the water. It would have been fun to see them, but I didn’t realize that was going on until I saw photos and a couple of short video clips posted later.

Sitka does usually have a few Snow Goose flocks fly over, but I think most of them probably migrate closer to the mainland, so it is unusual to see numbers like those reported today. 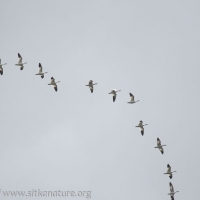 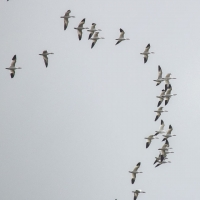 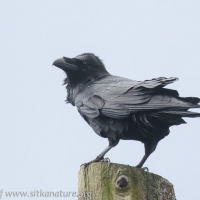 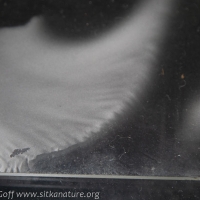 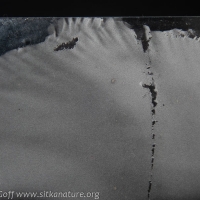