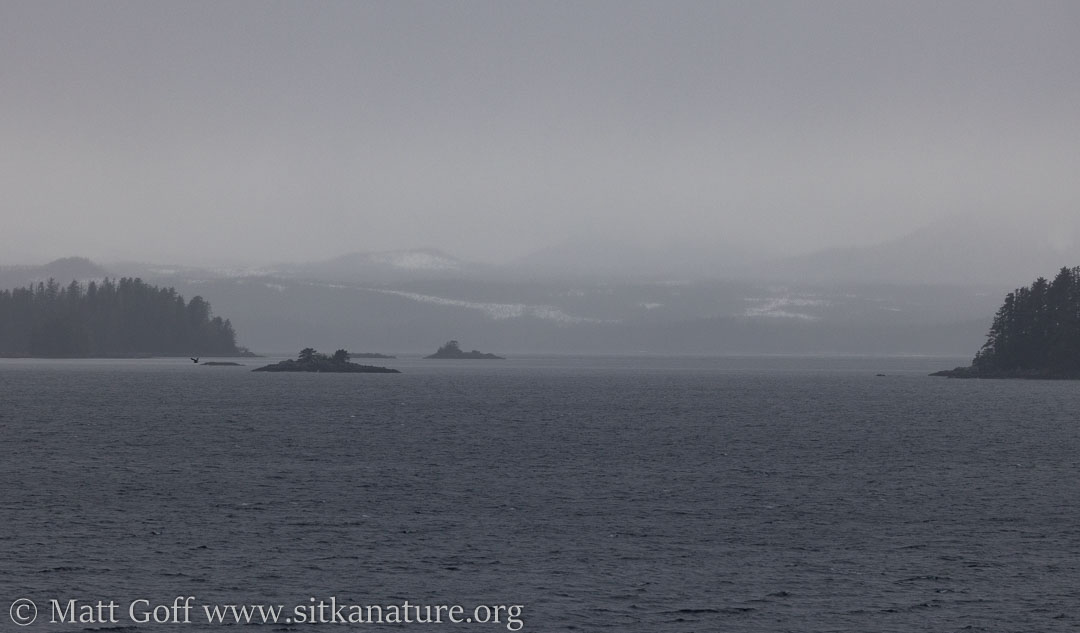 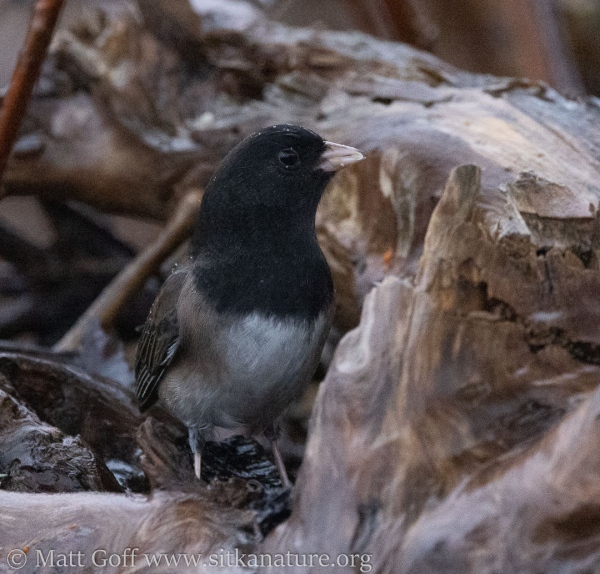 Heavy overcast and calm around town. Despite temperatures in the upper 30s to 40F, heavier showers included a mix of snow. 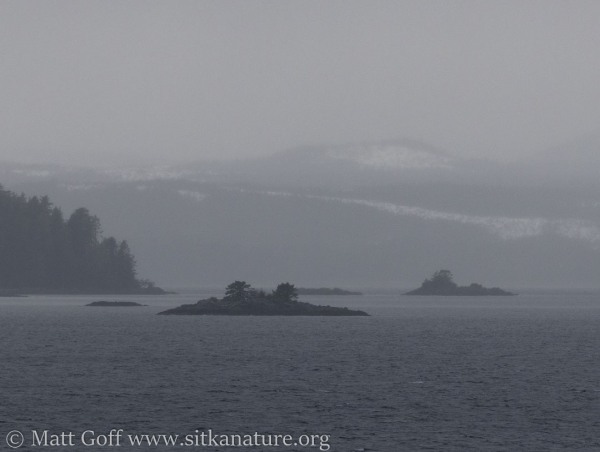 The dim gray light and snain/slush falling from the sky early this afternoon were not especially inspiring. I did get out for a bit of a look around, though.

The midday tide is on the low side this week. Birds were still close to shore in places along the channel. It was just that the water line was further from me.

I noticed some Buffleheads behaving in a manner that suggested courtship and/or male aggression to me (though maybe that was on Sunday). It seems early for that to me. I looked it up, and apparently timing of pair formation is not well known, but in South Carolina courtship activity was reportedly observed throughout the winter. 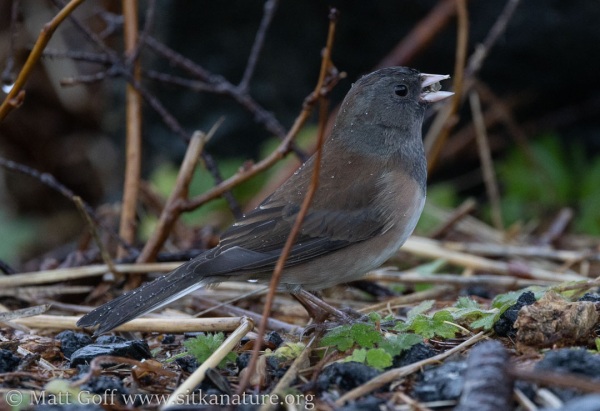 No crows at the kelp patch pullout today, but there were some juncos and a Song Sparrow which I spent a few minutes watching.

The forecast is calling for the pattern of snow/rain indecision to continue through the weekend. I’m curious how much snow has accumulated at higher elevations. A week or two ago I saw a report of three feet on Verstovia. The Harbor Mountain sensor page was not showing data until recently, but the snow depth sensor readings are showing 4.5m (with occasional dips down as low as 2m). I’ll assume that is not accurate. 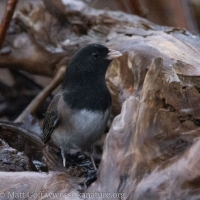 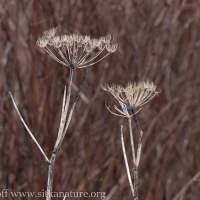 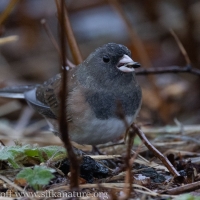 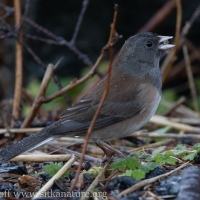 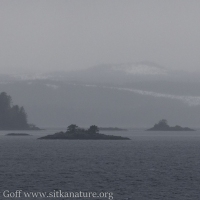 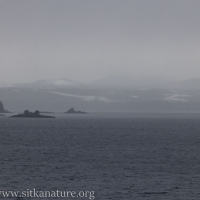