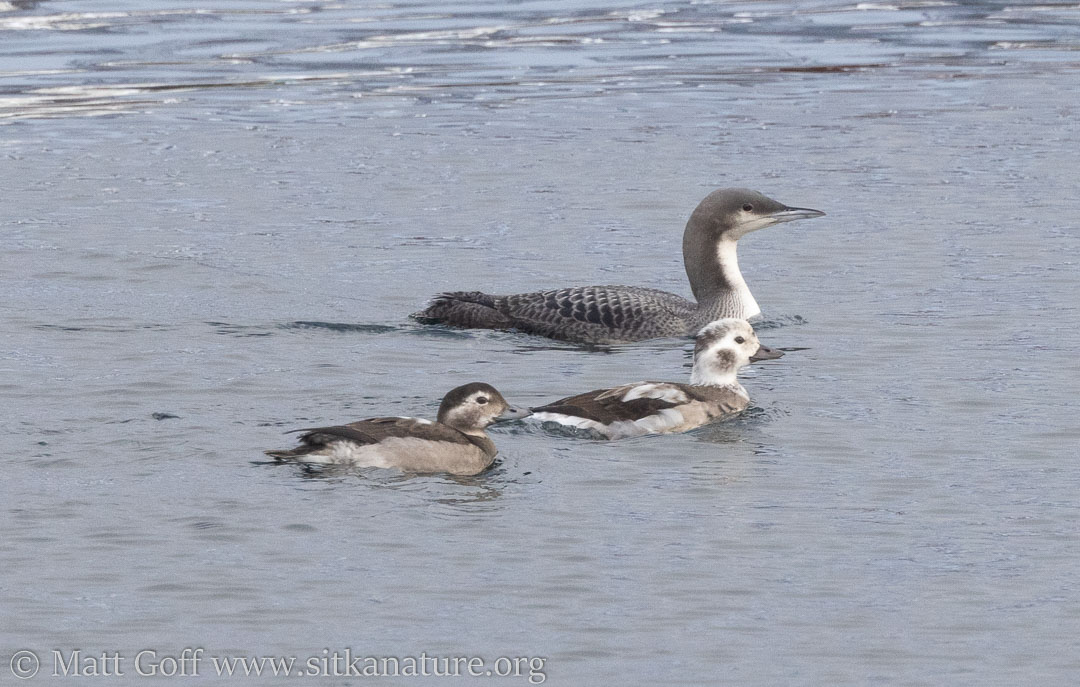 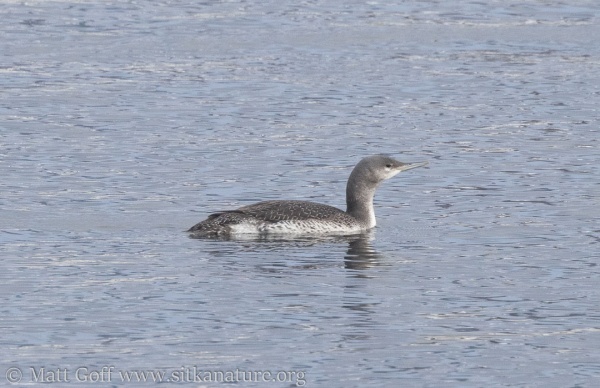 They did briefly end up close enough for a couple photos. It was a short-lived pairing, as they both dove when a float plane landed a bit further out in the channel. 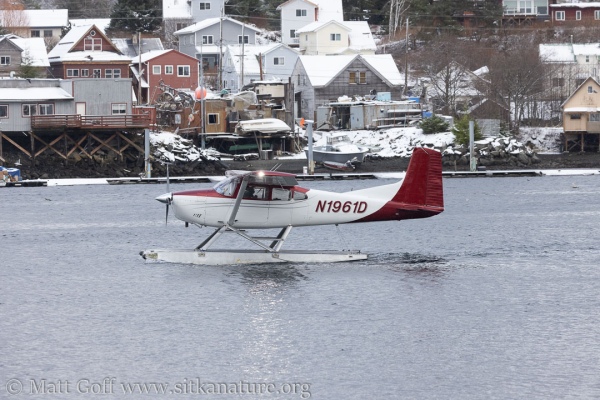 I watched the plane as it came in from the direction of the bridge. It seemed to be coming in steep and perhaps fighting the crosswind a bit, but it may be the approach was typical. I’ve not really ever watched an approach and water landing from this angle before.

The wind was brisk out of the west. In order to avoid the chill, I dropped down a shore-side bank while trying to get pictures of the loons. Although I noticed mostly associated with snow showers, it may have been more steady a little higher up. 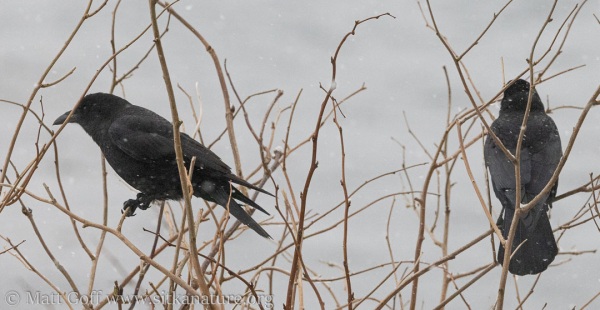 Not long after I arrived at the kelp patch pull out a flock of crows arrived. They seemed hesitant to drop down to the ground, but eventually did and started eating the bird seed I had spread not long before. I don’t think they have associated me/my car with food. I’m guessing the one crow I saw previously informed its flock mates and they may be visiting more frequently.

I missed documenting some nice light on Verstovia between snow showers. It only lasted a few minutes and was gone by the time I got to where I hoped to take photos.

Ultimate this evening was interesting with the 3-4 inches of snow on the field. Running fast and cutting hard is not a significant part of my game, so perhaps the snow evened things up a bit for me relative to the other quicker folks. 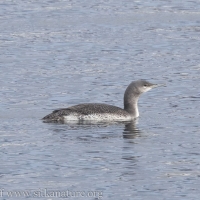 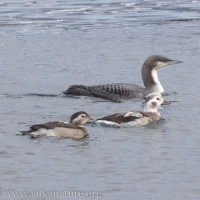 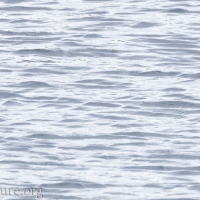 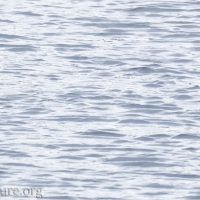 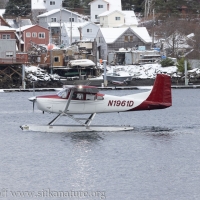 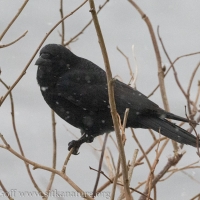 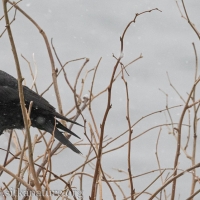