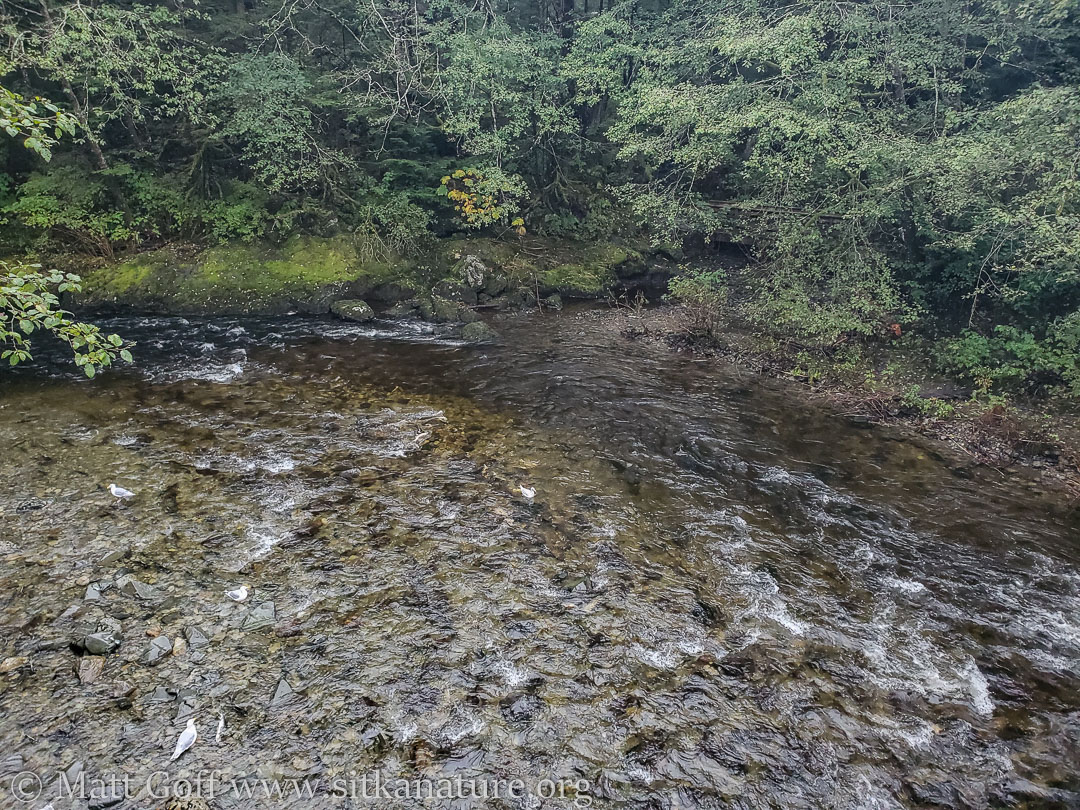 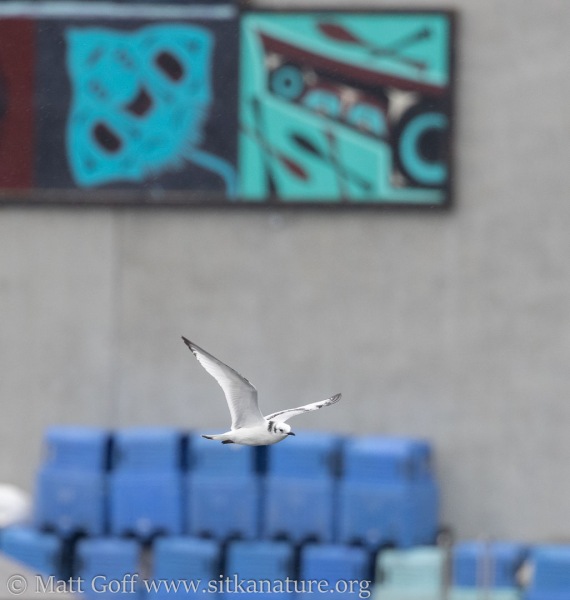 Overcast and breezy with some occasional scattered rain over town, though it looked like rain was more consistent and heavy more to the west (based on the radar).

The weather seemed much better than the forecast would have led me to believe. I don’t think it was wrong in general, it’s just that the rain that was in the area stayed mostly away from town proper. This morning when I looked at the radar I could see there was widespread rain with heavy showers mixed in, but it was moving south to north out to the west.

After walking out to pick up my car from the shop, I briefly entertained the idea of going up Harbor Mountain to try and do a mountain snow minimum shot. I’ve generally done it in sunny weather around this time in September, but it doesn’t look like that will be an option this year. Clouds were high enough for me to see the top of Bear Mountain, but Peak 4900 was completely obscured, so I suspect Mount Bassie would have been as well.

Given the forecast for the coming days, I’ll be lucky to get even a high clouds opportunity to do take the photos for this year, let alone have sun. 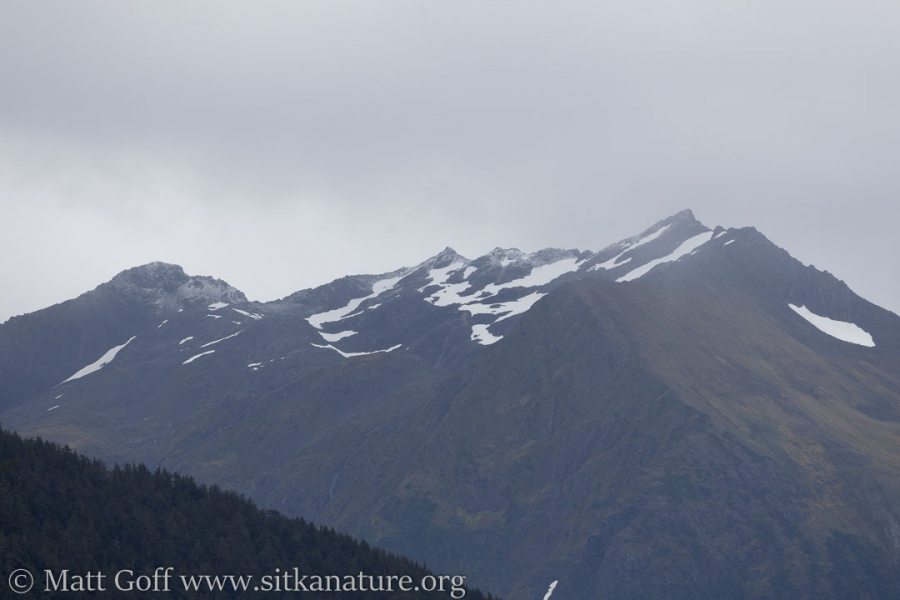 Fresh snow was still visible on the upper couple hundred feet of Bear Mountain, but it wouldn’t surprise me if it melts off again soon. 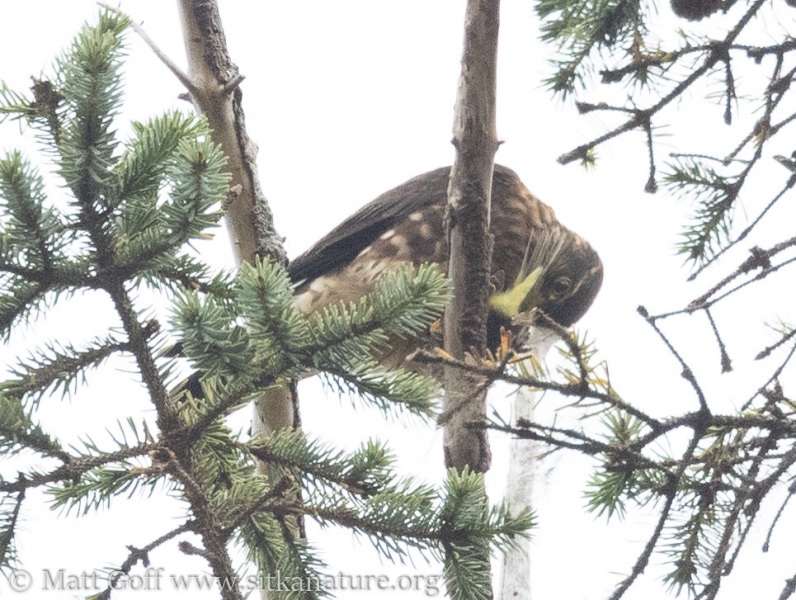 I went out to Starrigavan as a side trip before heading to the grocery store this afternoon. I ended up visiting with a couple of different people for a bit in the parking lot near the bird viewing platform. I saw a Merlin (possibly two different ones) twice. First perched up in a tree. The second time it was also up in a tree. However this one had a warbler which it proceeded to pluck.

A Northern Flicker was hanging around the house later in the afternoon, though it was a little shy for me to get photos (since I didn’t take any through the windows). First it was on Connor’s feeder, then a bit later it was on the railing outside the window by where I was sitting and working on my computer. 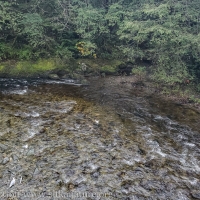 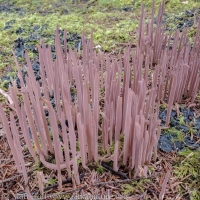 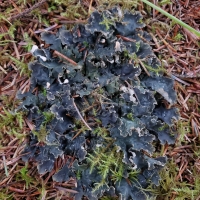 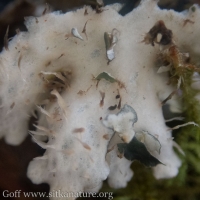 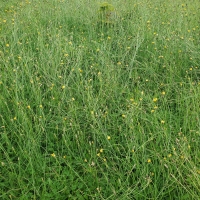 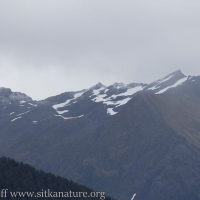 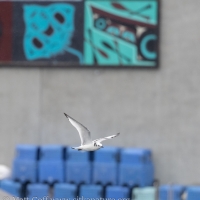 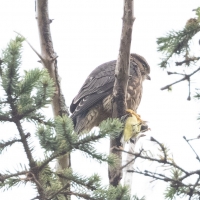 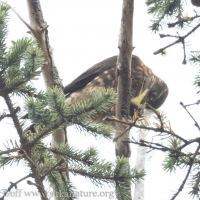 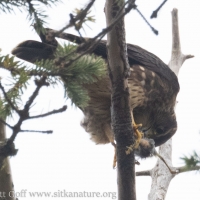 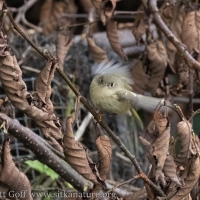