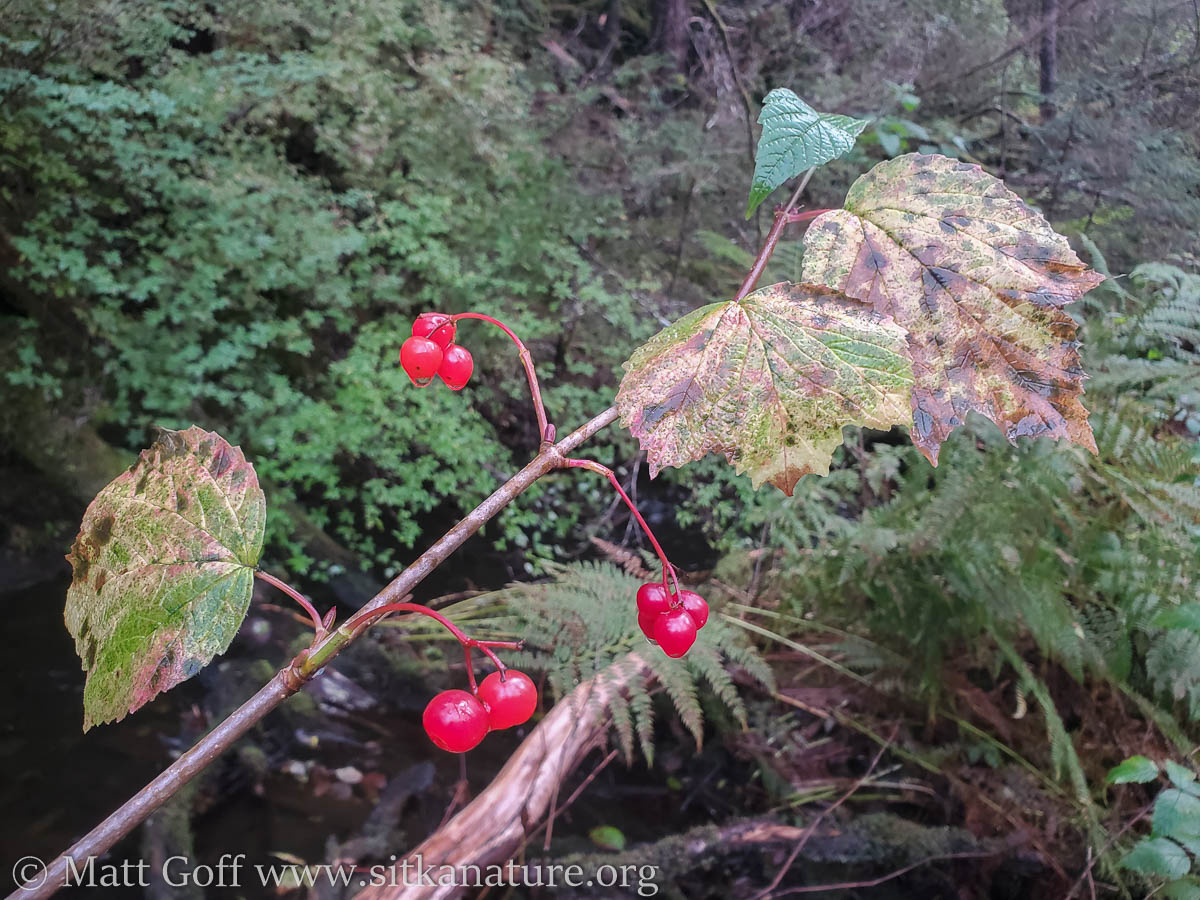 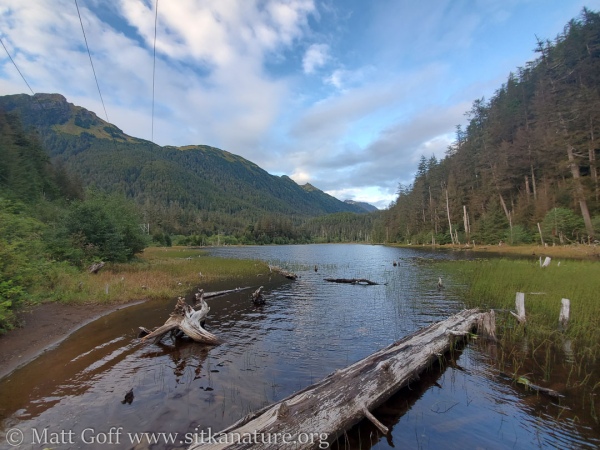 Overcast, with some breaks late in the day (though not much direct sunshine where I could see). Rain early in the day, but not much later.

Winds were still blowing when I checked for moths last night, but but they had settled by this morning. 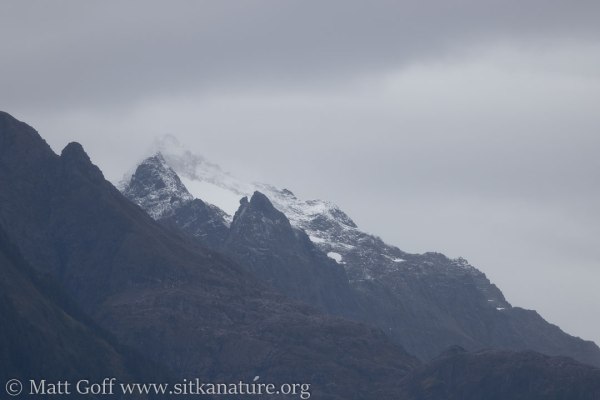 I made a brief trip out around midday and was able to get a picture of the termination dust on Peak 4900.

Later in the afternoon I went to Thimbleberry Lake. A couple of days ago PN posted an observation of highbush cranberries (Viburnum edule) with ripe fruit. These are not common around Sitka, and I don’t remember ever finding berries to try.

Before going to the Thimbleberry Lake trailhead, I did drive up Blue Lake road. It appeared all the snow has now melted from the avalanche track areas. I wondered if some of the alpine plants that show up along the road where the lower avalanche crosses might have come up, but I see very little growing. Unless there’s another big avalanche year, I suspect there will be much more that comes up next year. 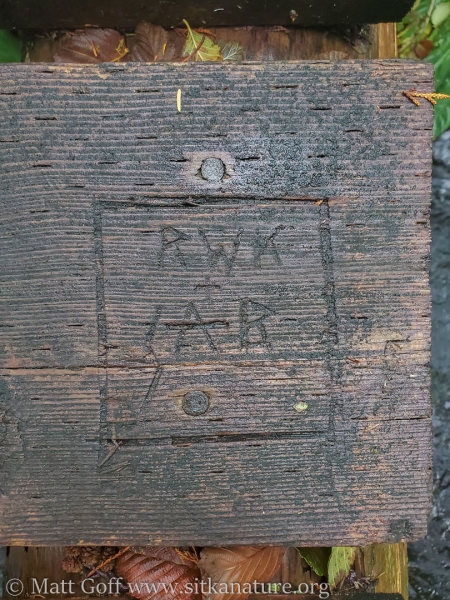 I took the old trail up, just out of curiosity. It was in surprisingly good shape, considering how long its been. The wood steps and bridge are still holding up. It appears it does get used from time to time. 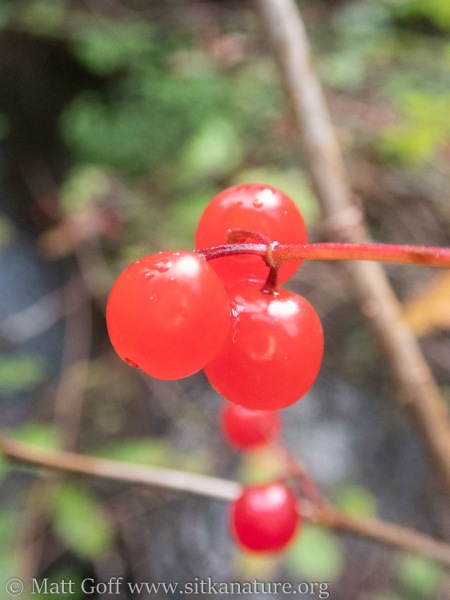 It took a little bit of thrashing to find where the cranberries were growing along the stream. I was surprised to see there was nearly a thicket of lanky stems and branches. There was easily more in this location than the combined total at the three other locations along the road system where I’ve found it so far.

The berries did have a cranberry-like taste, but there was more bitterness to them than I taste in cranberries, and they had a much larger seed. 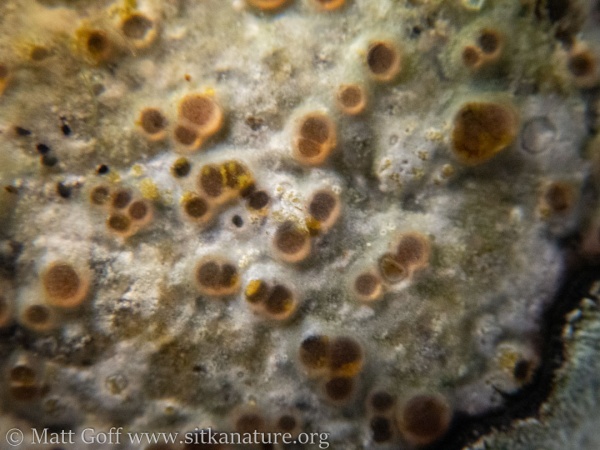 While I was poking around, I took pictures of a couple different lichens and a liverwort that were growing on rocks in/by the creek. I’m not sure when (if ever) I might get names for the lichens. I’m somewhat more optimistic about the liverwort. 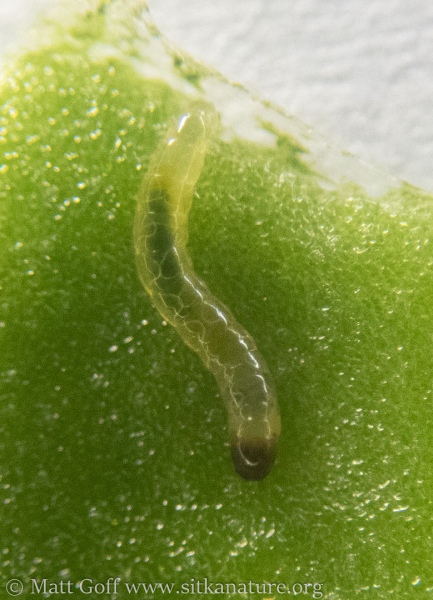 Rowan noticed the french sorrel she had gathered before dinner had what appeared to be a leaf miner in it. She had already pulled the leaf apart before she realized just what it was. I asked her to look for more, and she found one larger leaf mine that looks similar to the ones made by a fly (Pegomya sp) in various dock species (Rumex spp.). I would have thought those are long done, so it was a little surprising to me there was one relatively newly active this late in the season. 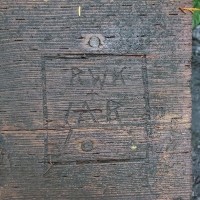 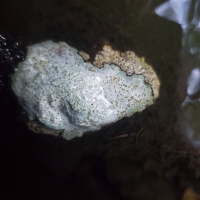 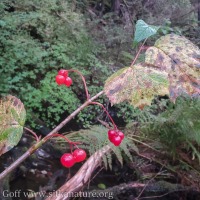 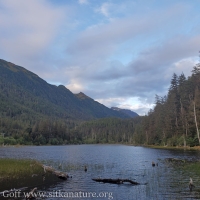 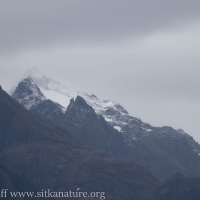 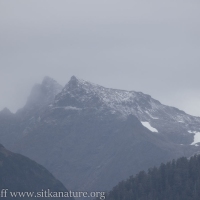 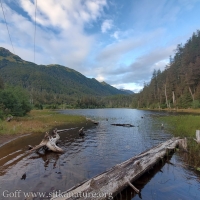 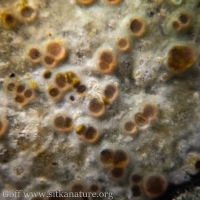 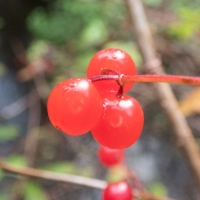 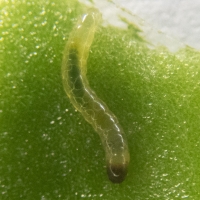 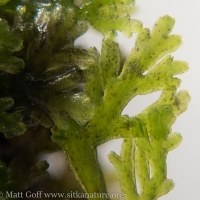