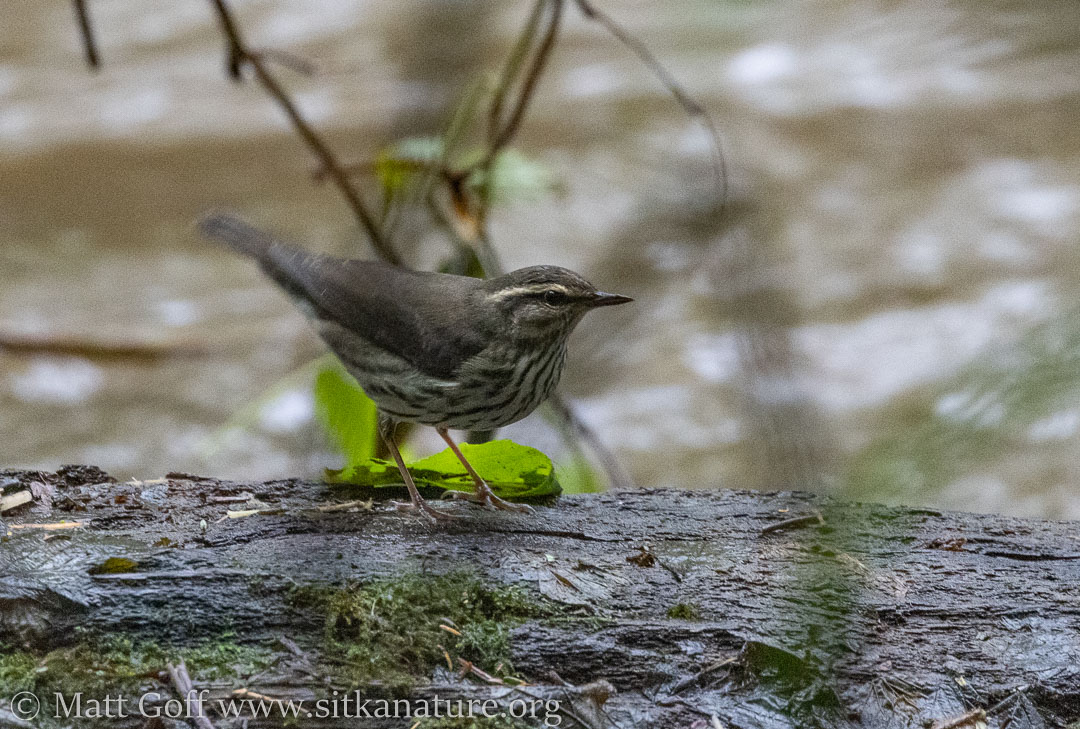 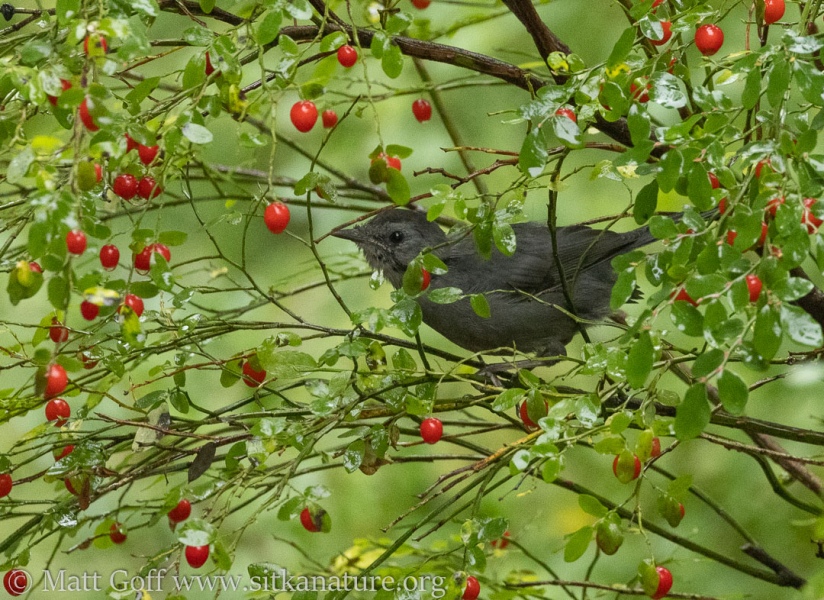 Heavy rain fell overnight into this morning. It tapered off to occasional (sometimes long, and sometimes heavy) showers.

Indian River levels spiked a couple of feet. There was a rapid rise, but the relatively short duration of heaviest rain kept it from going higher. 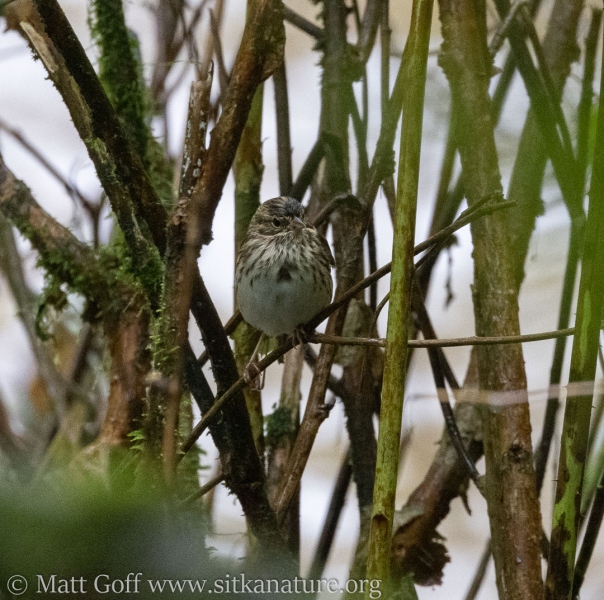 DK found a Northern Waterthrush at Totem Park. I got poor looks this morning, but did see it (#160). I was also surprised to see Savannah Sparrows in the brush along the river there. I associate them more with open areas, only retreating to trees/brush along the edge when retreating from a threat.

While watching for better looks at the waterthrush, a heavy shower began to fall. I ended up quite soaked.

I made a quick trip home to change, as I was due to pick up Betty, a visitor from Anchorage who flew down with the hope of seeing the catbird.

Betty and I went to KJ’s place, where the catbird had been hanging out the past couple of days. 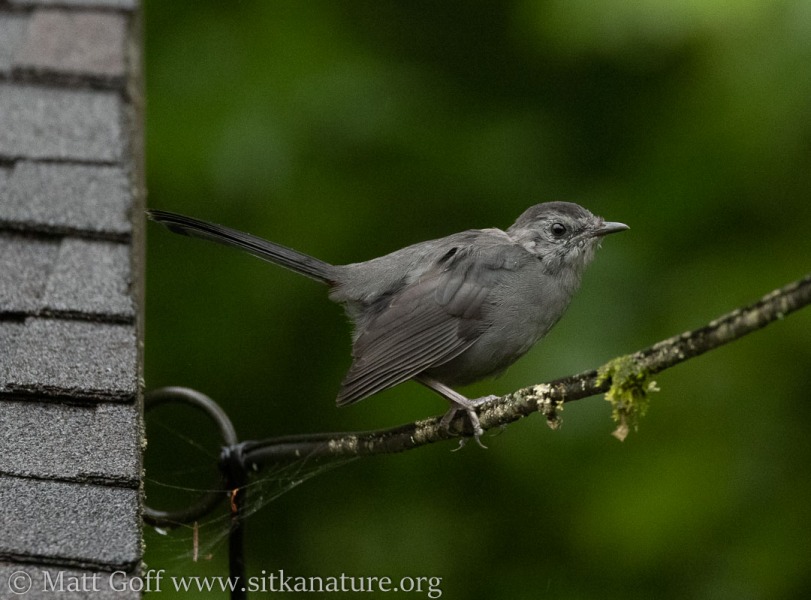 Within a few minutes I heard it, then we found it and got a decent look at it up in a tree.

A bit later, I heard calls from two different locations. They both popped out, and it was clear that two catbirds were present. It is unclear to me whether there had been two all along, or if a second one had joined in the last day or two?

We spent over an hour there just watching the nice mix of birds. This included a Warbling Vireo (#161) I noticed in a willow tree.

Betty wanted to see an Anna’s Hummingbird, so we spent some of the afternoon trying for one, but had no luck.

We went to the park so I could look for the waterthrush again. This time I heard, but did not see it. It sounded like it flew across to other side of the river. I did check there, but didn’t see anything.

In the hour or so before I needed to drop Betty off at the airport, we took a look out the road, and made a brief stop at the golf course (no kestrel that I saw). 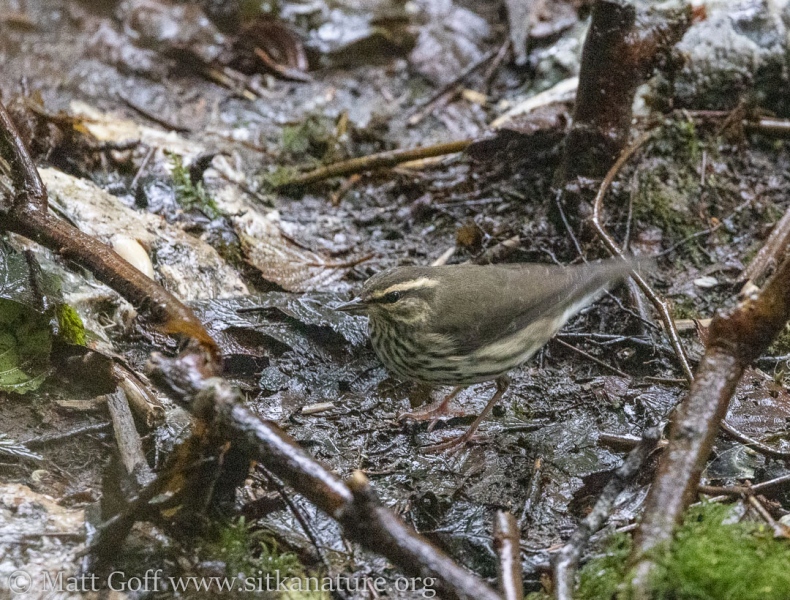 Early this evening I made one last try for photos of the waterthrush. It was a bit more cooperative this time. However, dim light didn’t make for good photos. 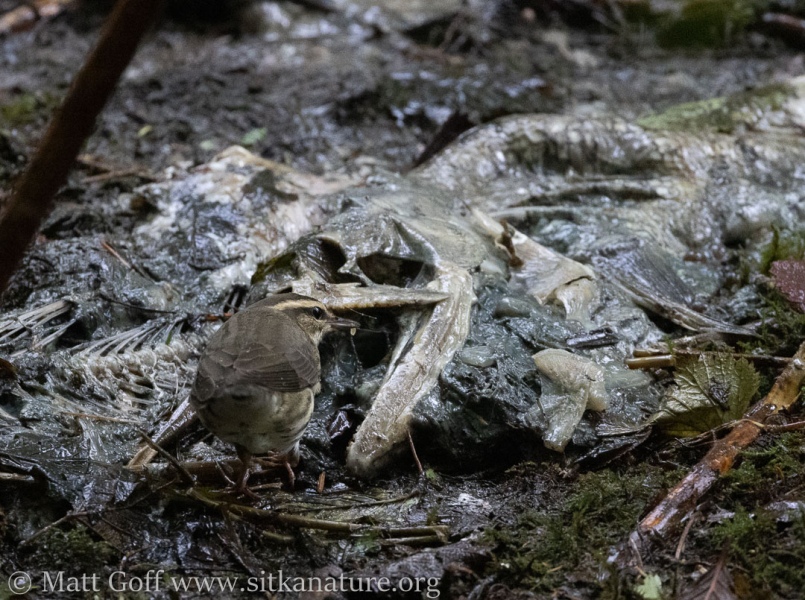 I did see that it appeared to be picking larvae off the dead fish on the bank. Photos revealed the Savannah Sparrows were doing this as well
This evening I got my radio show ready for tomorrow.

I’ve had lots of iNaturalist observations to review lately (300+ a day). This is due in part to fungus fairs in south coastal Alaska, so numbers should drop back down as those wide down. 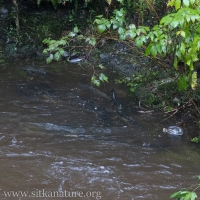 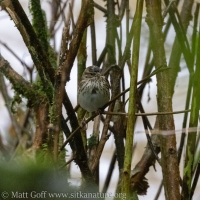 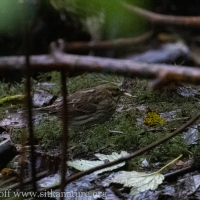 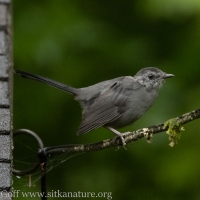 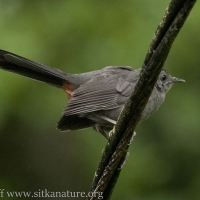 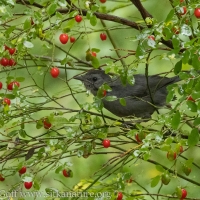 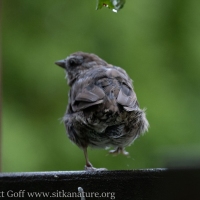 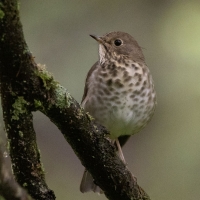 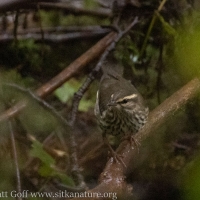 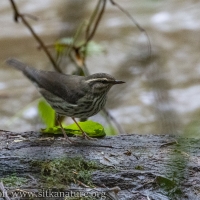 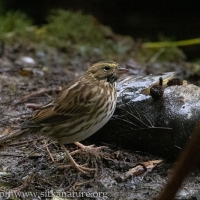 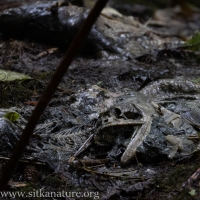 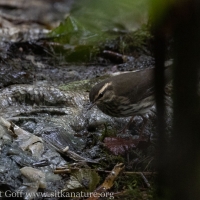 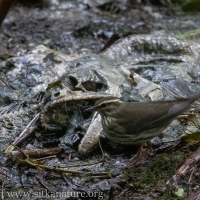 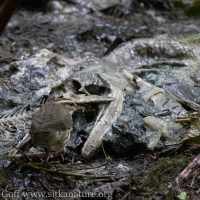 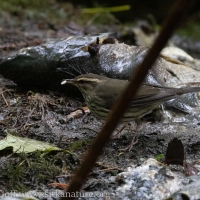 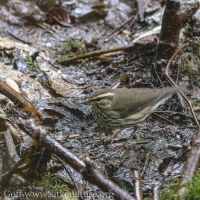