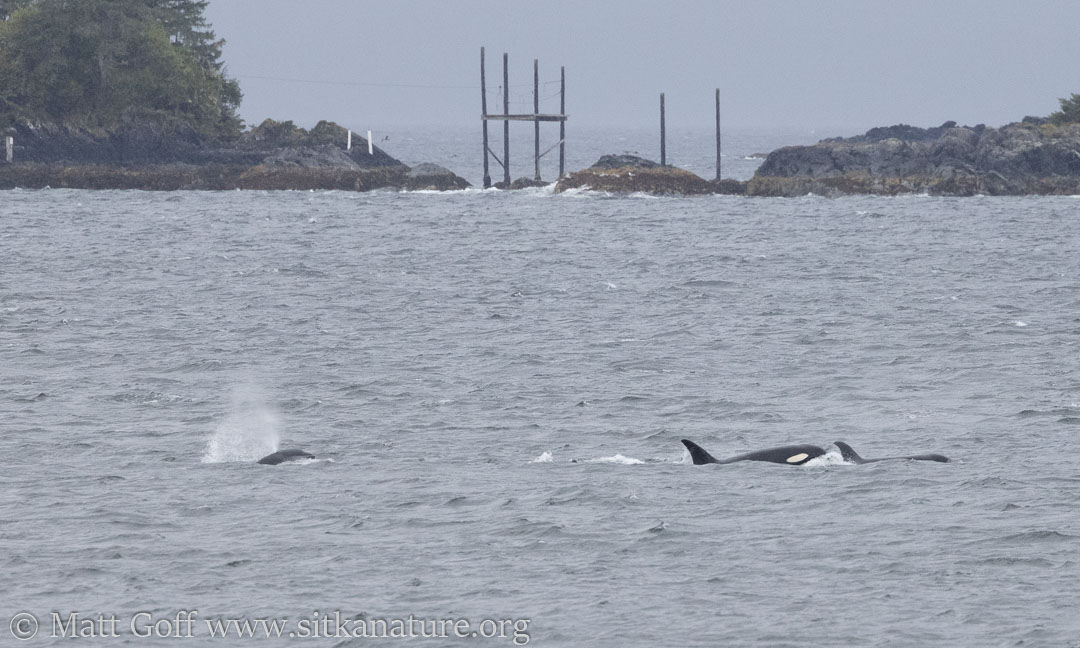 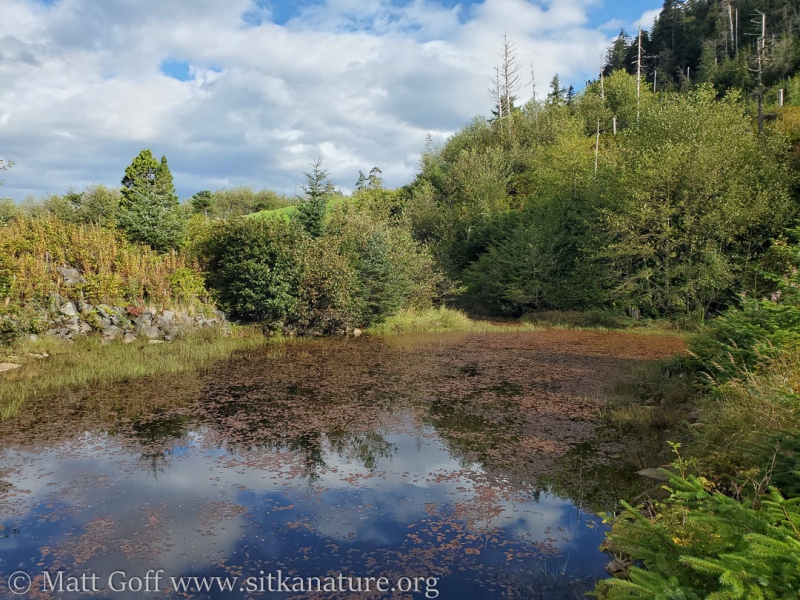 Broken clouds with some sun this morning. Quite breezy. Overcast in the afternoon, with rain beginning early evening. (This was all somewhat contrary to my understanding of the forecast, which I thought had implied rain would start much earlier.) 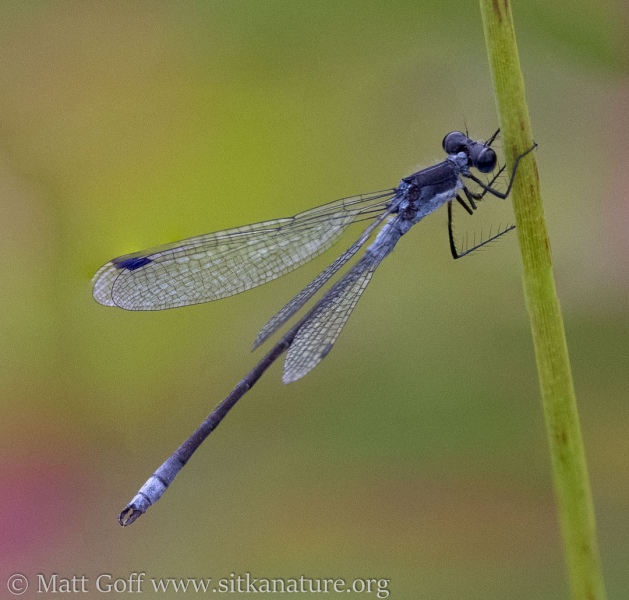 I stopped by the golf course this morning. Just after I arrived, I saw a possible kestrel fly by, but I wasn’t sure. I spent an hour there, but it was pretty quiet overall. Among other things, I did see a young Sharp-shinned Hawk, a spread wing (Lestes disjunctus), and some mystery tracks/trails in the dirt. 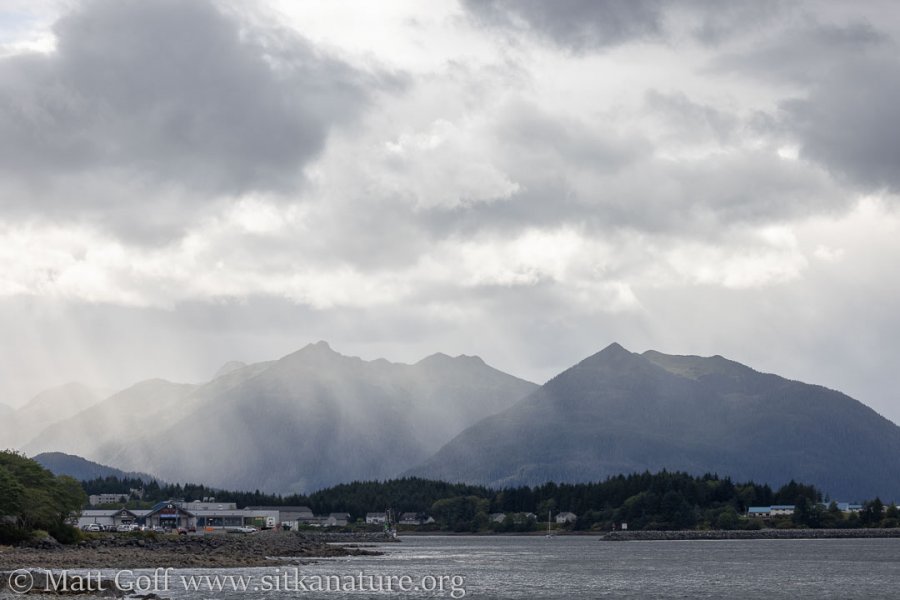 At Sandy Beach I watched for a bit from my car. I noticed a juvenile gull begging from a couple of different adults which just flew away. A bit later a different adult chased a young bird away (I’m not sure if it was the same young bird). Some Sanderling were still there. 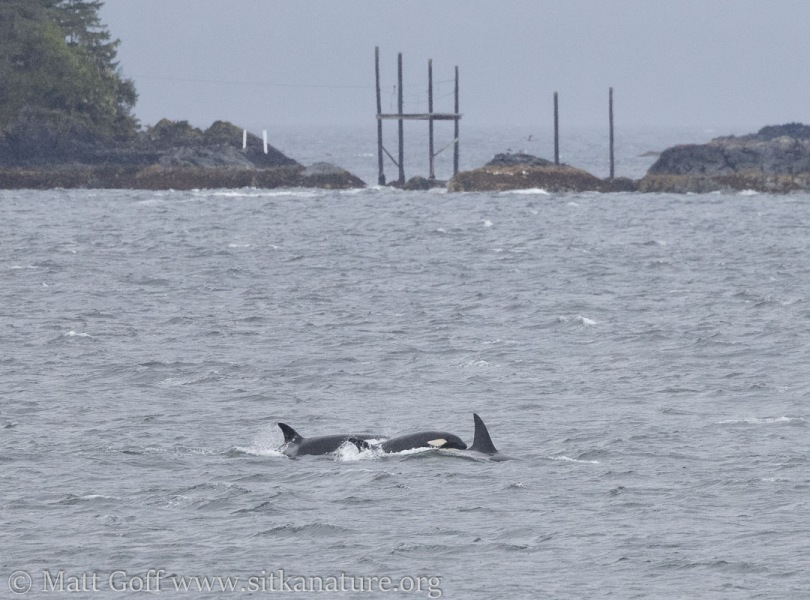 I stopped at Sea Mart for groceries, and happened to come out around the time a pod of Killer Whales was going by. I learned later I had missed some excitement downtown a little earlier. They had apparently gone after at least one sea lion in Crescent Bay. I’ve heard of this happening a couple times, but have yet to witness it.

A young Rhinoceros Auklet not far off the shore was unexpected. I had seen what I thought was one further out from Sandy Beach moving towards town. I suspect this one was the same bird, but much closer shore than I usually see this species. 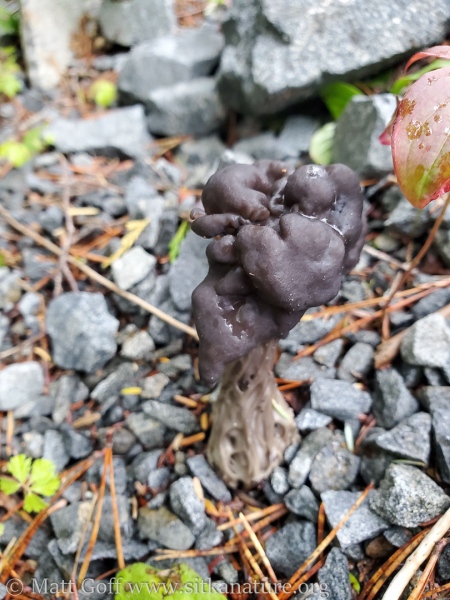 I revisited the Lower Gavan trail to revisit some mushrooms I had not attended to sufficiently when there on Monday. In addition to those, I noticed a couple new ones.

I heard what may have been a Merlin calling, but I’m not familiar enough with their calls to be sure.

Driving where I could see the water this afternoon, I was a little surprised to see how high the tide was. I checked and saw it was predicted to be in the high 10s, but with some atmospheric effect it topped out over 11. I think it’s been a fair while since I’ve seen the tide so high. 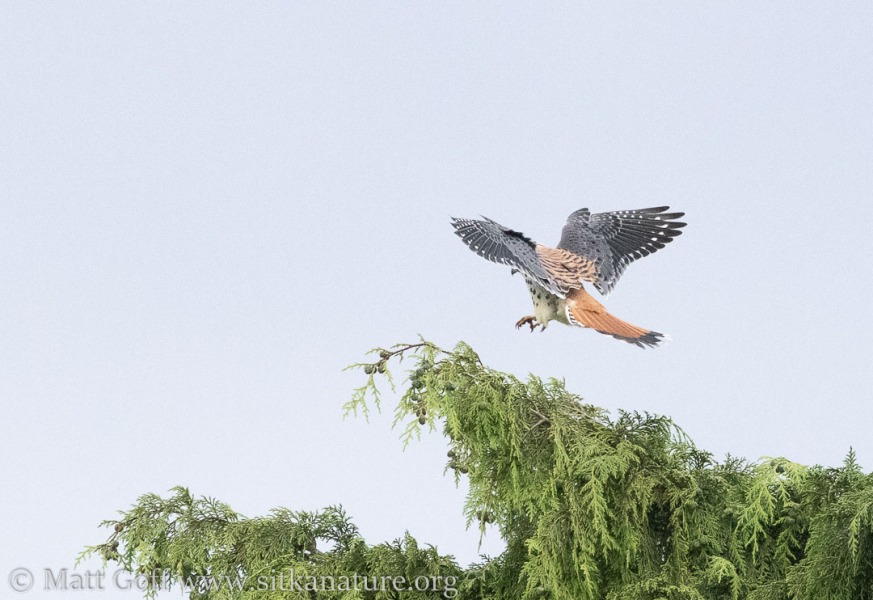 I did go back to the golf course later this afternoon. This time I saw the kestrel was there. It seemed disinclined to stay on a perch a couple of times when I got close. At one point, had I been better able to minimize my disturbance, I could have probably gotten pretty nice photos of it perched (where it had gone a little lower to get out of a heavier bit of rain). 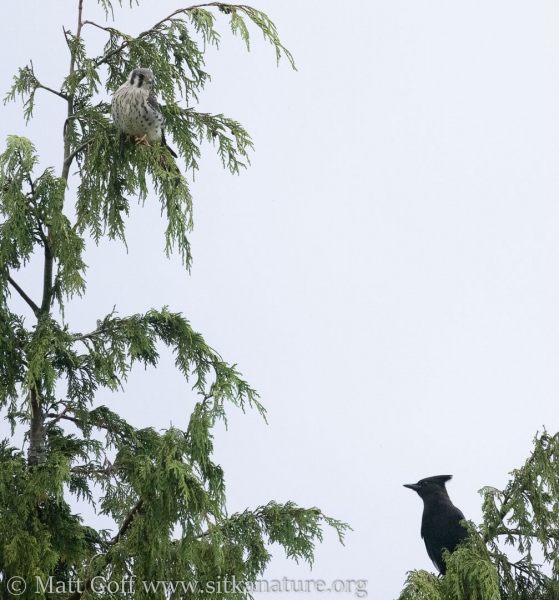 I did observe a couple of jays briefly interacting with the kestrel.

When a heavy rain shower plus wind came, the kestrel seemed to hunker down a bit.

The kestrel disappeared for periods. I think it may have been hunting adjacent neighborhoods, but I’m not sure. 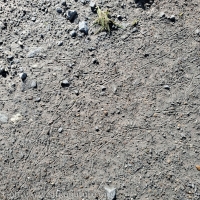 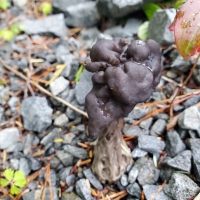 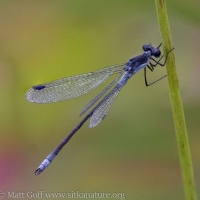 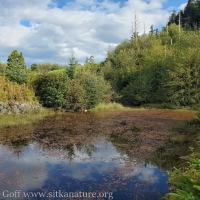 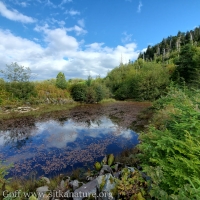 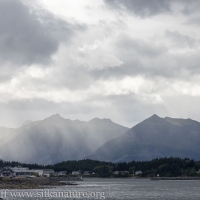 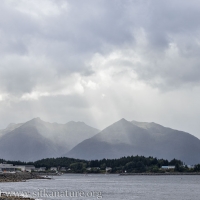 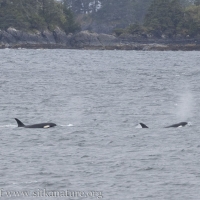 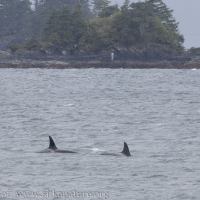 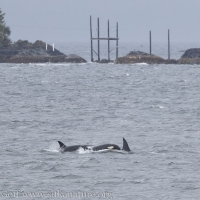 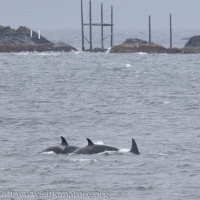 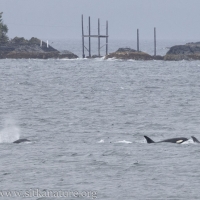 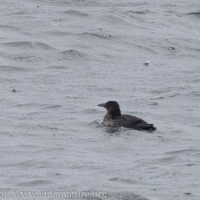 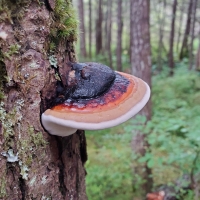 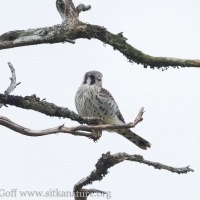 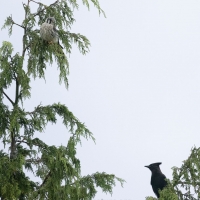 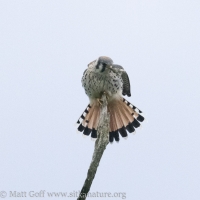 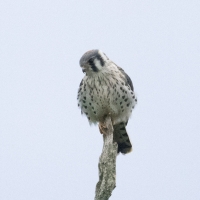 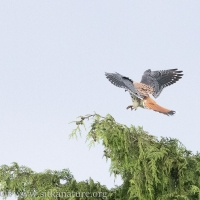 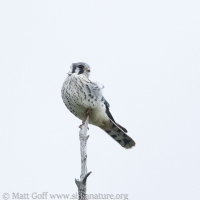 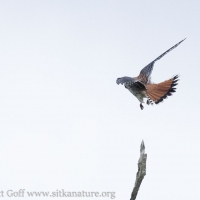