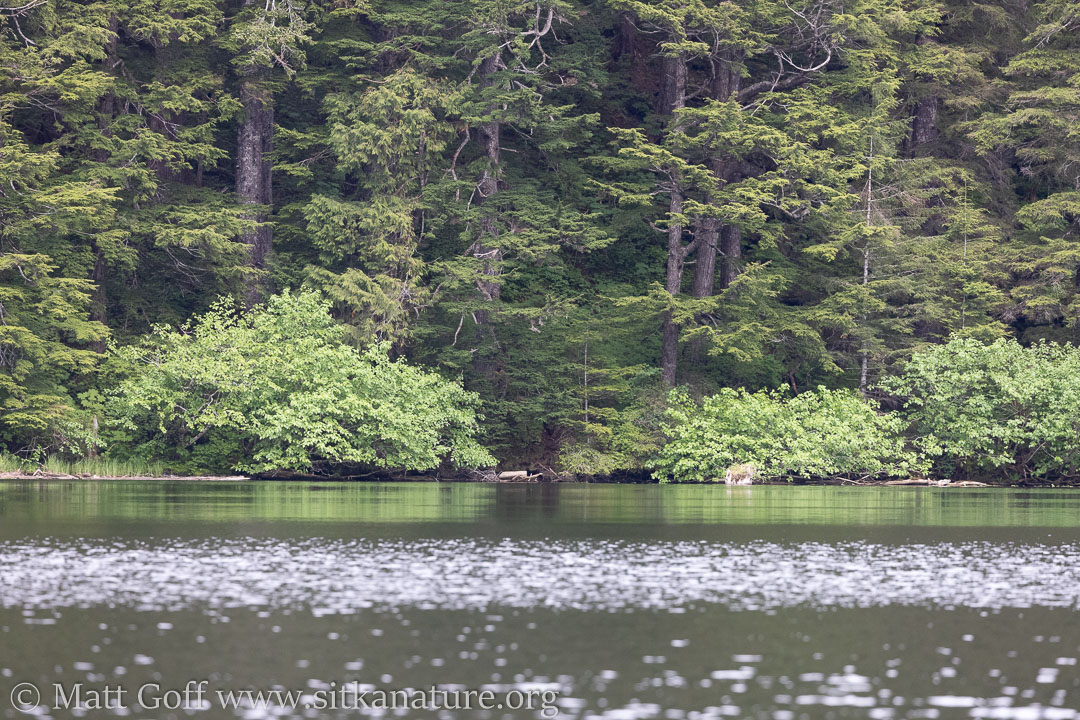 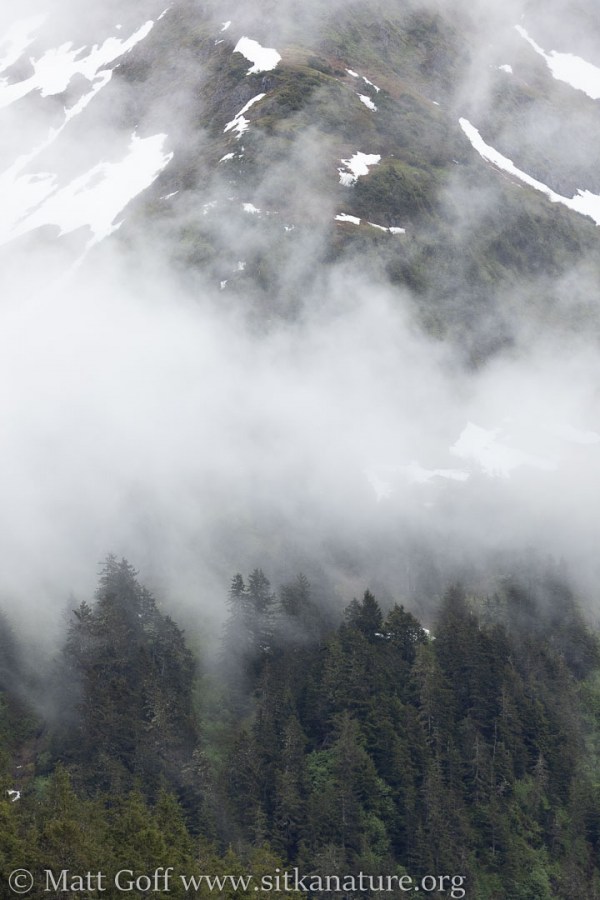 Low clouds and drizzle greeted me this morning, though other than a brief bit the precipitation had ended by midmorning and the clouds began to lift.

I walked up Beaver Lake trail to the lake this afternoon. 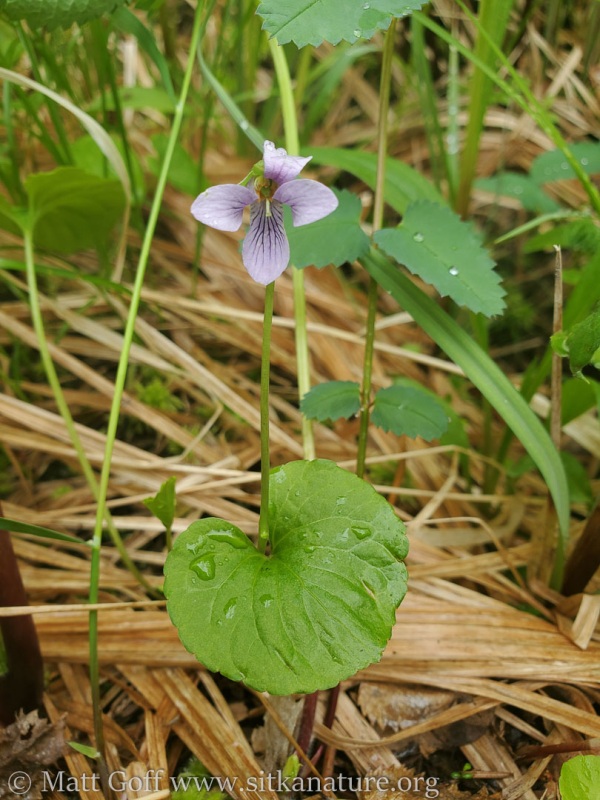 In addition to getting up hill a bit, I also wanted to look for marsh violets (Viola epipsila). There are a few places I know of where they grow around town (including a couple of lawns), but I had not yet seen one blooming this year.

In the past I’ve most often seen them blooming in late May. It was a slow spring this year, but not that slow, so I figured my best chance of catching one still in bloom was near Beaver Lake. I was successful, though it was good I didn’t wait much longer. Flowers were already dropping petals.

The flies were out and swarming my face when the wind was not blowing enough to keep them down. Among them were some mosquitos, but I didn’t notice any bites.

On the way back I heard a bird repeatedly calling. Just single cheeps every few seconds, with occasional longer gaps. I tried to get a look at it without success. It did move around a bit based on where the sound was coming from, but I never even caught a glimpse (that I noticed) of it flying. My best guess is a young bird newly on its own, but I don’t know what species. 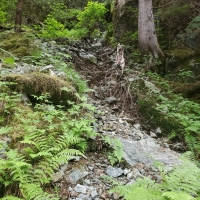 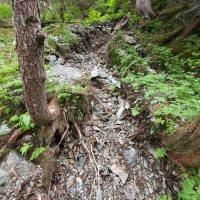 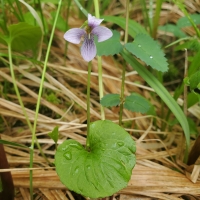 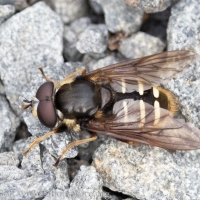 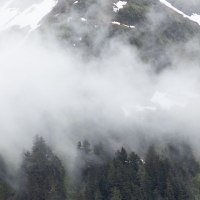 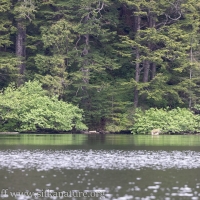 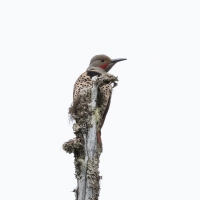 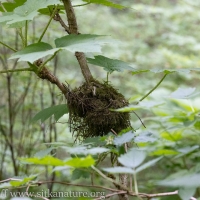