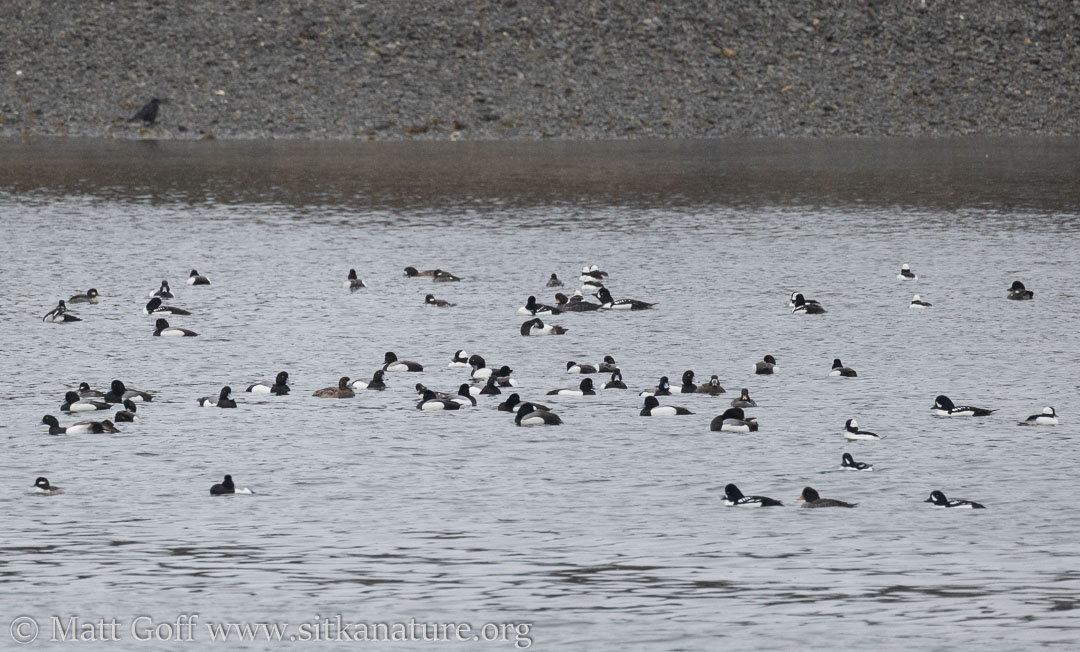 Somewhat warmer today, with highs around 40, and lows not much below that. Snow was melting off at lower elevations (but still accumulating up high). Light rain started falling this afternoon.

I had a call this morning, and a project I was working on after lunch. I was considering when I might get out to look around, but was provoked to quicker action when I saw a posting of an odd looking duck. 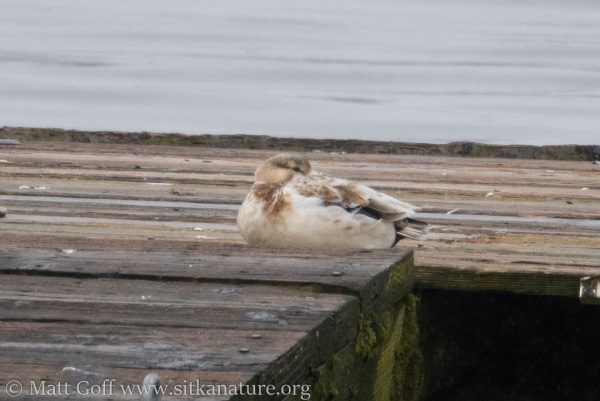 It was seen down along the waterfront, very pale looking. It had disappeared when we first arrived, but I later found what I think was the same bird sleeping on the float plane dock. It looked like one of the pale/blonde Mallards that has been at the lake. It was a little unexpected to see it alone on salt water away from the more common Mallard hangouts like the estuaries. That said, there were at least a couple of other Mallards in the channel, and I saw a couple near shore at Sea Mart later in the afternoon.

I heard about a Northern Harrier and Greater Yellowlegs by the airport earlier in the day, so I went over there to take a look. No luck on the harrier, but I was able to spot a couple of Greater Yellowlegs (#85) on the far side of the lagoon.

Things were again quiet bird-wise at Starrigavan. The pair of shovelers is still around, and there were at least three wigeons along with a few mallards and Common Mergansers.

By contrast the park had a lot of ducks, both dabbling and diving. Along the shore was mostly Mallards, but also at least 16 Northern Pintails.

Many black and white diving ducks were a bit further off shore.

The tide was still up fairly high, and there were many gulls. I didn’t spot any that looked unusual to me.

There was a large flock of Surfbirds working the beach with some Black Turnstones mixed in. I did not have a lot of time, so I didn’t work too hard to see if there were any Rock Sandpipers (but I suspect there were) or other shorebirds. 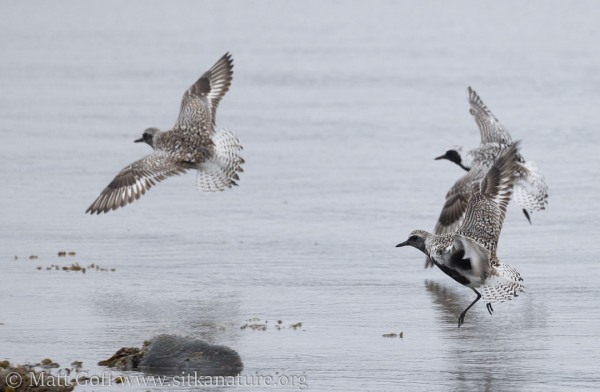 I was interested to note a Black-bellied Plover (#86) looking at me as I finished up my scan of the gulls. I can’t say I was too surprised to find out there were actually three there a few moments later when they moved.

I checked the exterior walls of the visitors center and saw several Eupithecia. They were up too high to see well, but I suspect they were all the same species (and it seems fairly likely they are the same as the one I saw a couple of days ago).

Thursday’s NWS forecast high is now 50F, and Wunderground is showing 48F. Both are still showing over 50F for Friday, so there’s still a chance of tying the latest first 50F day of the year record for the airport. 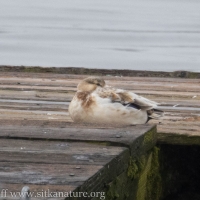 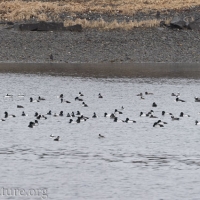 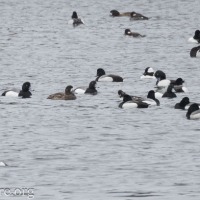 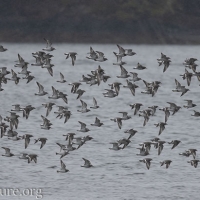 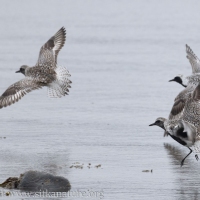 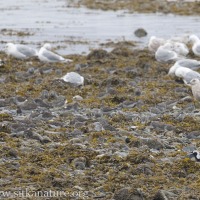