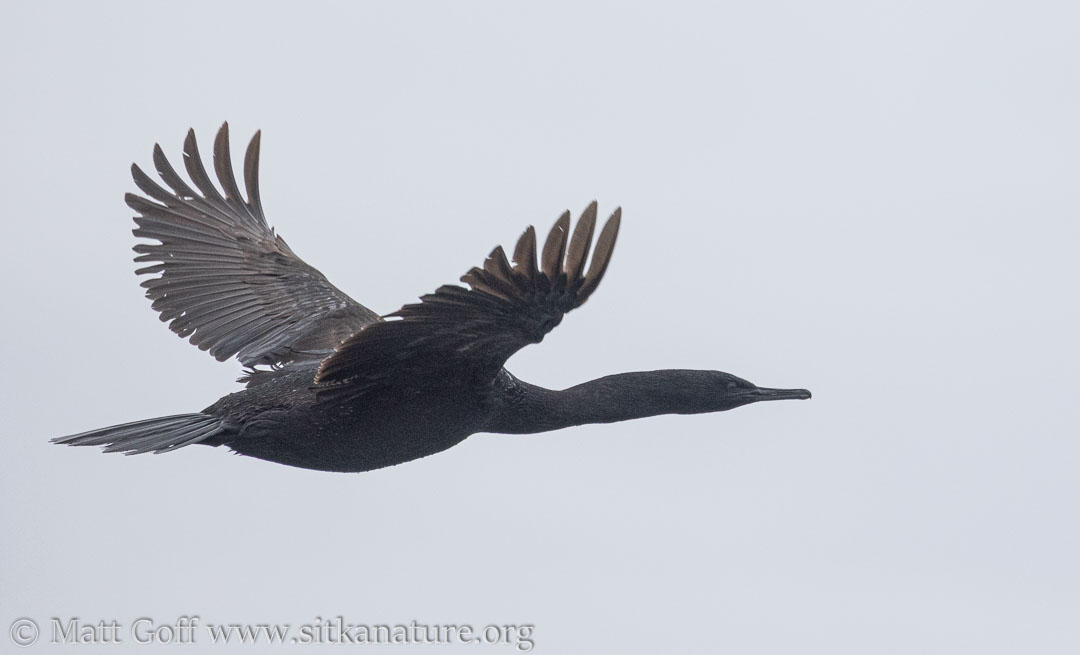 Cloudy, calm, and chilly today, though without much wind it didn’t feel quite so cold as it had on prior days.

I was able to get out on a boat ride today to check the cormorants on the rocks near Kasiana Islands and Middle Island. In a few past years at this time of year, there’s been a Brandt’s Cormorant among them, so I thought it would be nice to check. Kitty was up for taking me out there, so we headed out around mid-morning.

The middle of the channel (out front of UAS) has been pretty quiet in recent days. I think most of the birds moved to where herring have been spawning. However, there were quite a few Long-tailed Ducks at the north end of the channel. I’m not sure why they might prefer it there now.

A handful of folks were catching herring off the work float. One of them said it was better yesterday, but they were still doing pretty good today.

A Pigeon Guillemot in Middle Channel was the only alcid I saw while we were out.

There were Surf and and White-winged Scoters near the Chaicheis, as well as scaups and Harlequin Ducks.

We saw plenty of cormorants on the rocks, but no Brandt’s Cormorant. Most of the rocks had mixed groups of Pelagic and Double-crested, but one rock was almost entirely Double-crested Cormorants.

After getting back to town, we walked the Old Sitka to No Name Creek section of the yet to be completed portion of the cross trail. There was still a couple of inches of snow on the ground there.

The forecast for later in the week seems to be converging on at least a couple days of 50F degrees and sun. If that continues for long, it will quickly start to feel like a different world, as the plants that have been holding back for the cold will get growing in earnest. 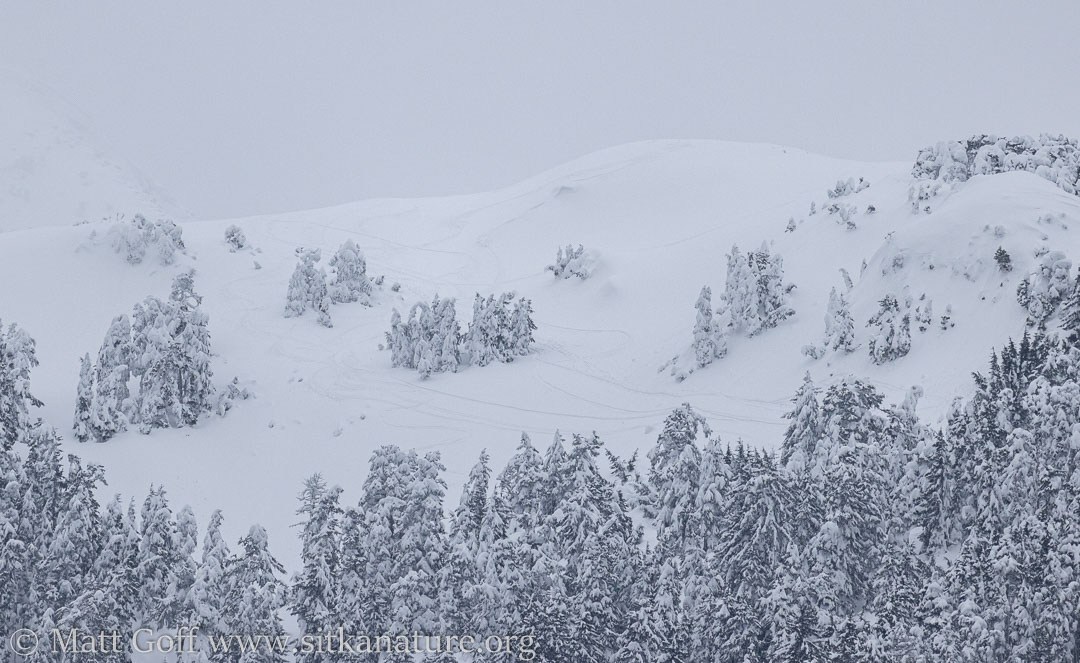 With warming in the forecast, I suspect today’s photos of Verstovia/Picnic Rock will show pretty close to the maximum snow pack for the winter, as any additional snow that falls after the next couple of days is likely to be offset by higher tempratures that will happen in the coming week. 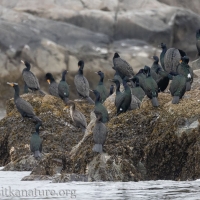 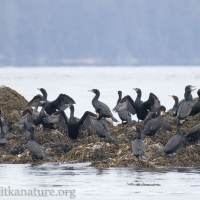 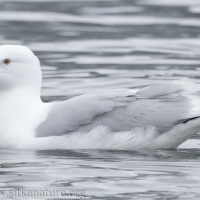 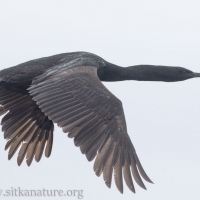 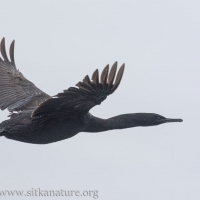 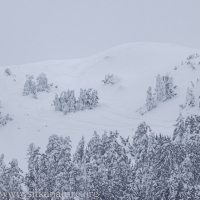 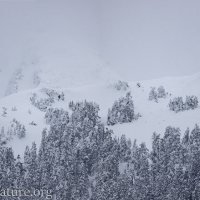