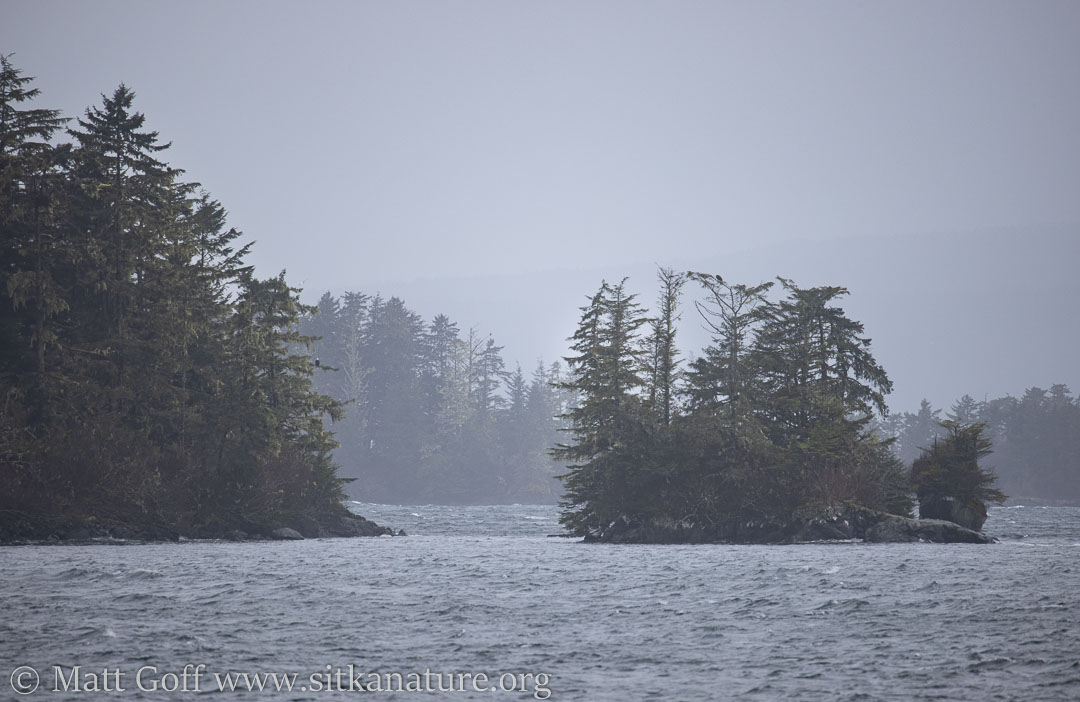 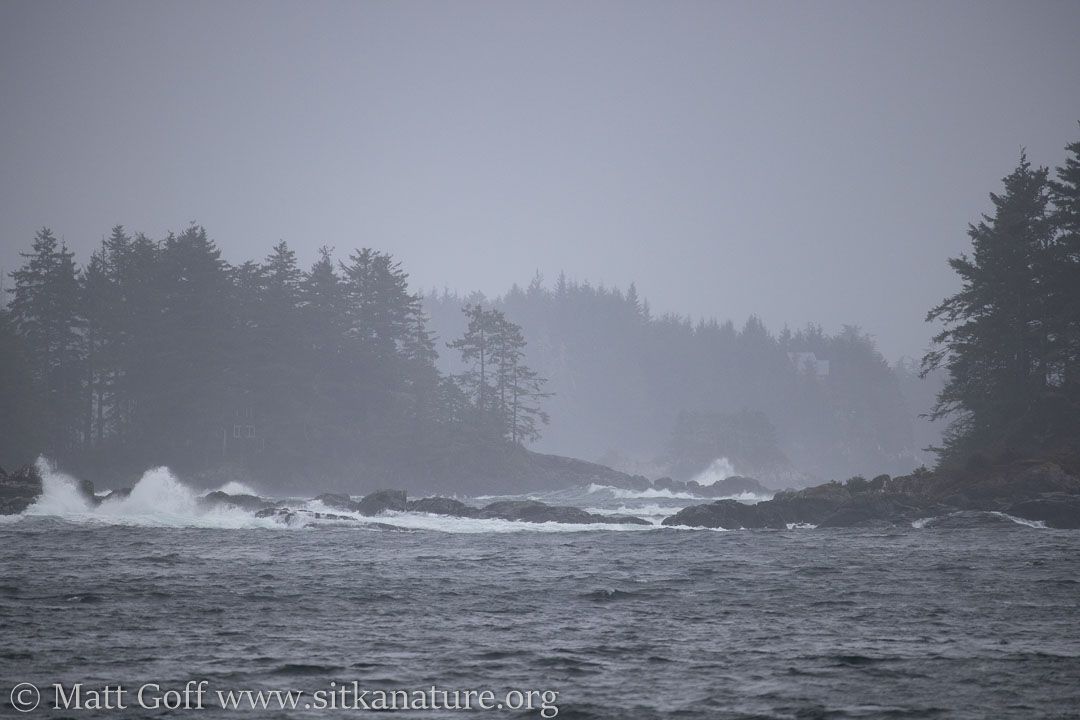 Squalls with rain and hail moved through from the southwest through much of the day, though things mellowed a bit later in the day.

I did not spend much time outside, other than going for a drive.

Ocean conditions were much rougher out by Sandy Beach than in Crescent Bay or even out by Starrigavan. Part of that was the ocean swell, but there also seemed to be more wind waves on top of it.

I did see the Solitaire again today. The sea berries are becoming more scarce, so I who knows how much longer it will continue to frequent my yard. I did notice it drop down to the ground yesterday. It looked like it might be going for an insect or something, so perhaps it does not only eat berries. 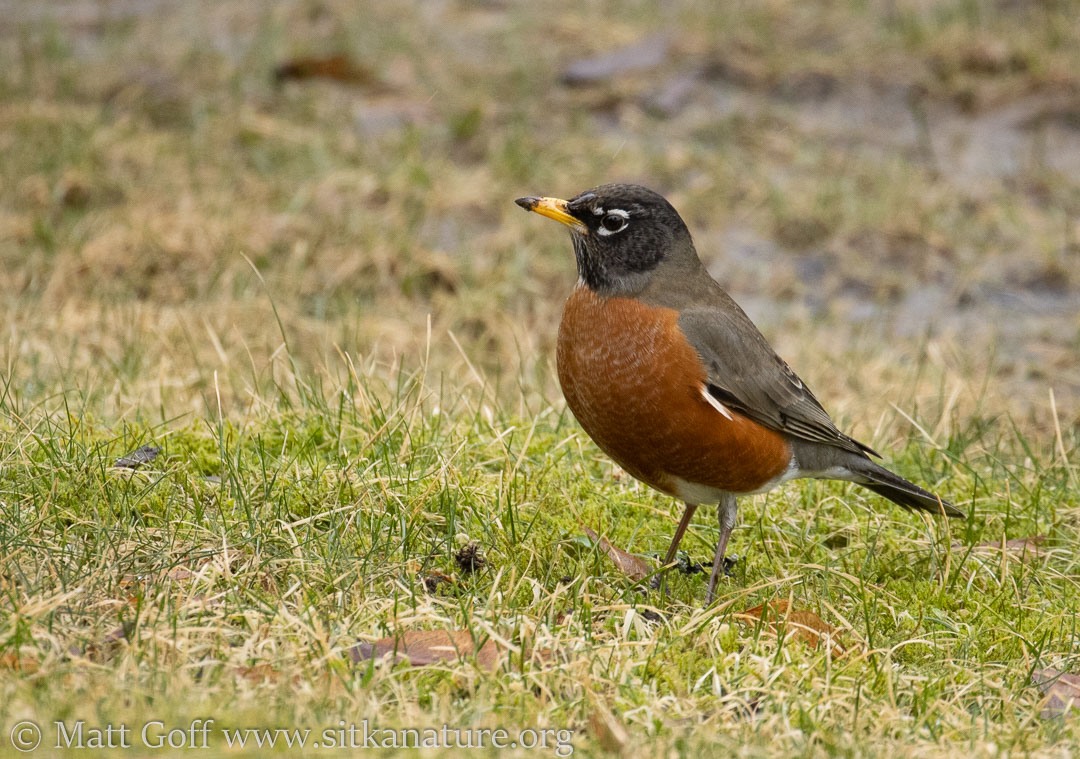 I saw a male and female robin by Castle Hill and four Varied Thrushes out at Starrigavan. Robins have been somewhat scarce this winter, though a few moved in with the cold earlier in February. It won’t be long before the first migrants are showing up. 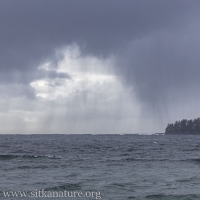 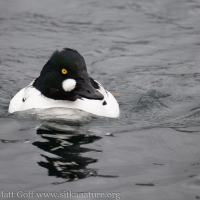 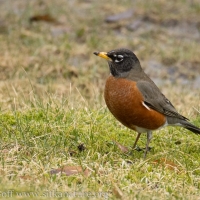 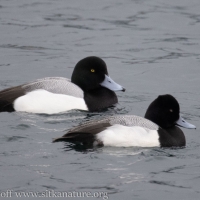 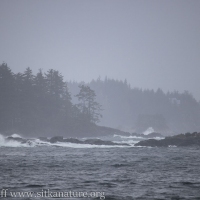 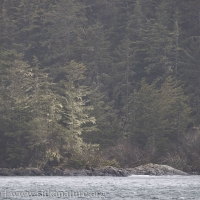 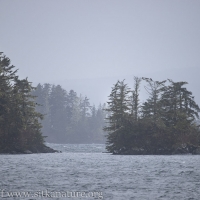