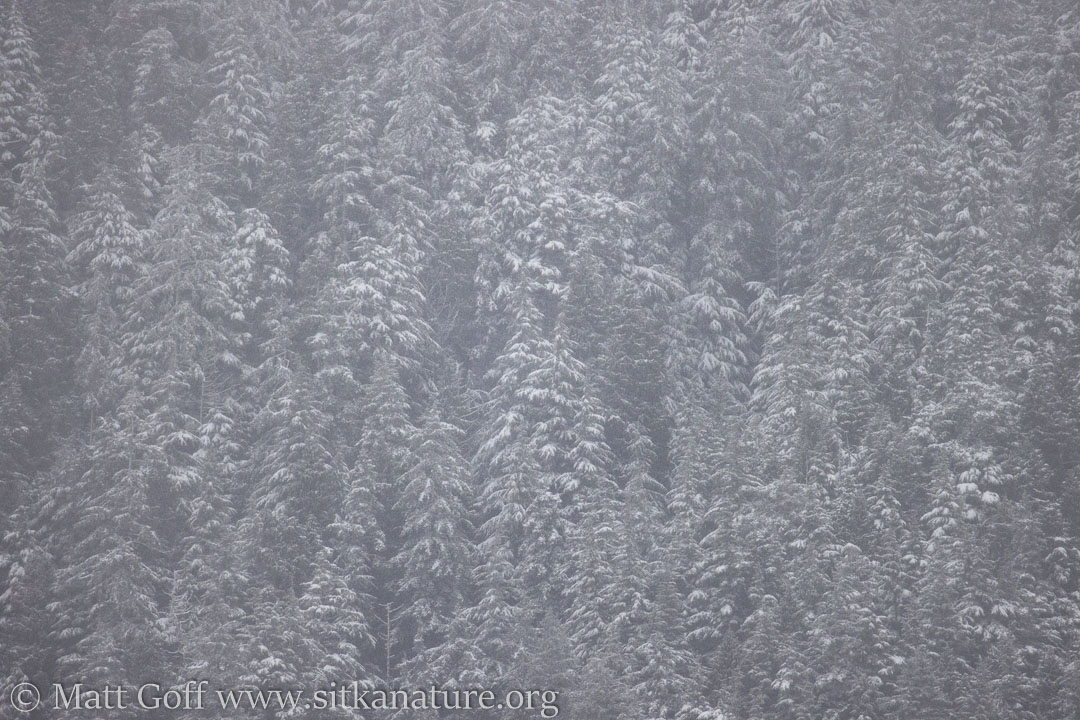 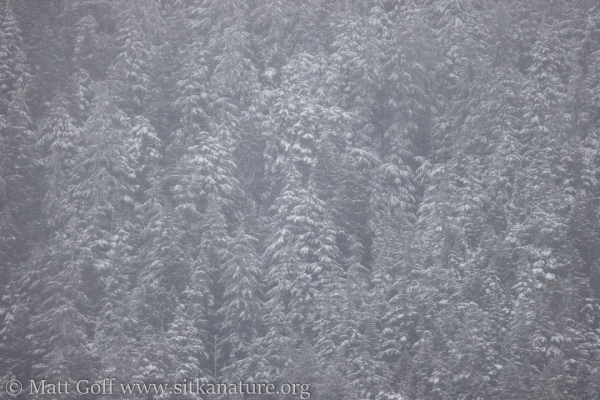 Another chilly wet day, though less volatile than yesterday. Today snow mixed in with, and occasionally dominated, the rain showers. None accumulated at my house, but here was a layer out the industrial park.

My outside time was limited to an early afternoon drive. I went as far as the kelp patch turnaround in one direction, and the industrial park in the other.

Snow was accumulating on the trees down to around 100ft or so near Sawmill Cove, but it looked more like 400-500ft on Gavan Hill when I checked it out.

I heard the Townsend’s Solitaire from inside my house this morning shortly before 8am. It sounded somewhat distant, and I never noticed it in the yard (though I did not check too frequently, either).