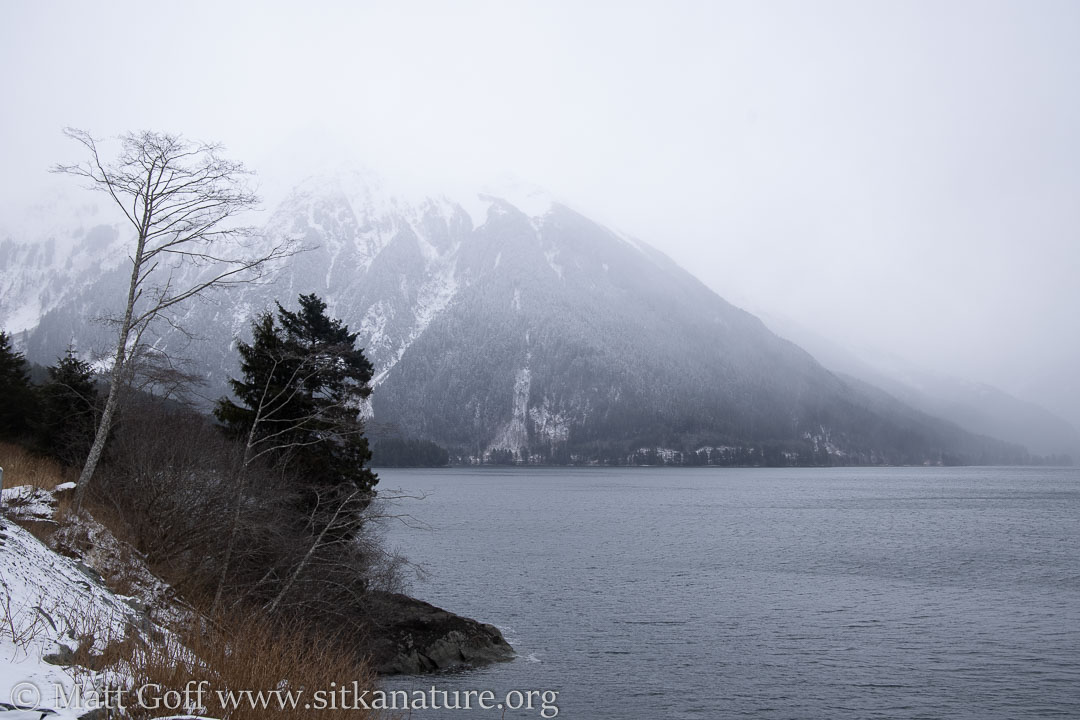 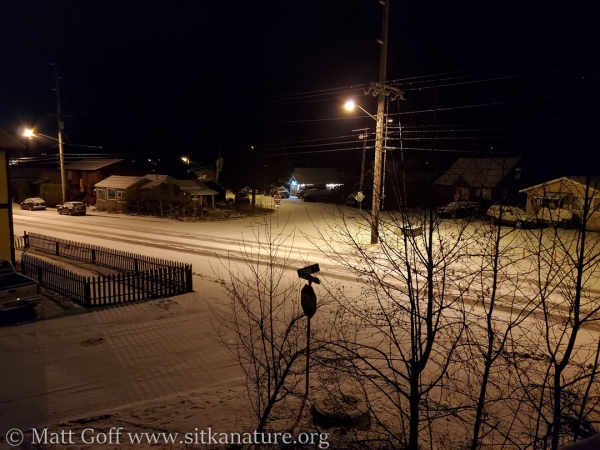 Snow and overcast skies continued overnight. Maybe half an inch accumulated at my house. Through the day, there were occasional light gusts of wind, but overall it was fairly calm. It was windier elsewhere (for some reason the area by the post office seems to get more gusts – Connor and Rowan mentioned it was windy there on their walk here, and I noticed it later when I drove through that stretch).

Temperatures fell throughout the day, starting in the upper 20s, and were down to the lower 20s this afternoon.

On my afternoon drive I checked out both ends of the road.

It was not as windy as I expected at Silver Bay. There might have been a little more snow than in town, but I didn’t notice that it was dramatically more.

The most snow I noticed was a stretch along Halibut Point Road between the kelp patch turnaround and Channel Club. It looked to me like at least 2-3 2-3 inches had accumulated. It was significantly more than I saw elsewhere. I’m curious whether it was one or two particularly heavy showers, or it just accumulated more throughout compared to elsewhere.

Winds were blowing out of Katlian Bay, but the waves were mostly well away from shore (at least where I was). I suspect I still would have felt some wind on the beach.

At Sandy Beach the air was calmer. I was briefly tempted to go down to the beach as the tide was out fairly far (on it’s way to a measured low of -1.3 which was below the -0.6 predicted). I wasn’t really dressed for it, and when I noticed a light wind was blowing out a bit, I decided to skip it. 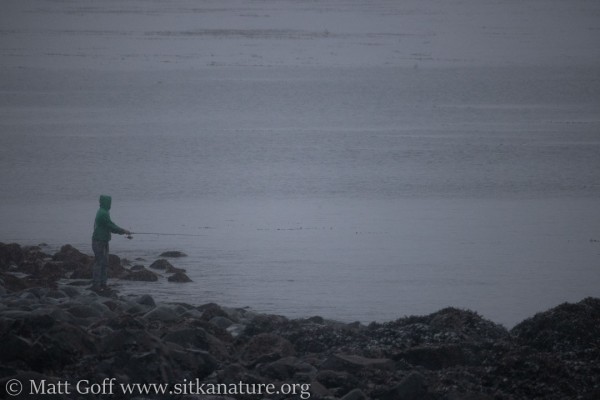 While stopped at Sandy Beach I did notice someone fishing out near the mouth of Cascade Creek. It looked like light spinning rod/tackle to me, so presumably they didn’t expect to catch anything big. I do wonder what they were targeting, however.

I skipped low tide this evening. I wasn’t feeling ambitious enough to brave the cold (and possible wind). Connor did go down and said it was cold, but not that windy while he was there.

Late this evening the clouds cleared and stars were shining. The forecast is for lows in the lower teens and the high tomorrow to be in the teens. There’s a good chance it will be the coldest day of the year. 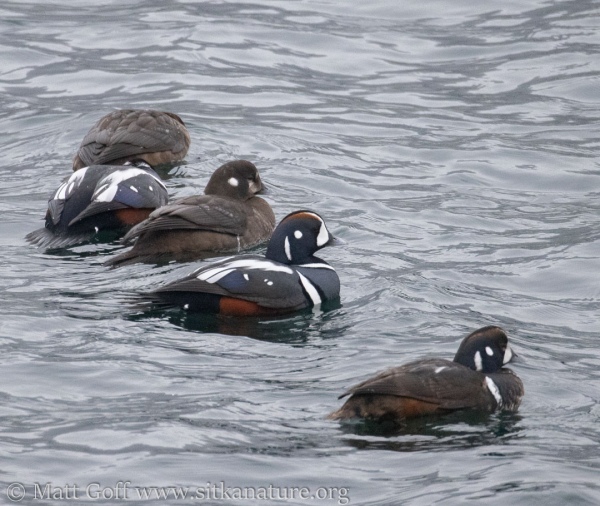 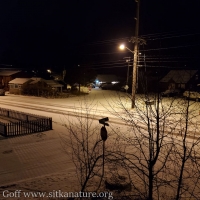 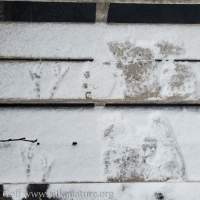 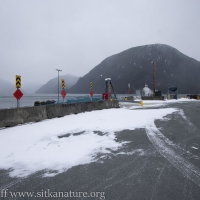 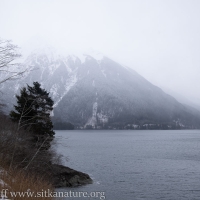 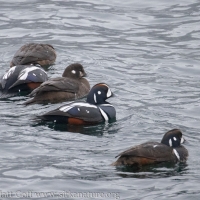 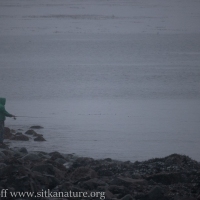