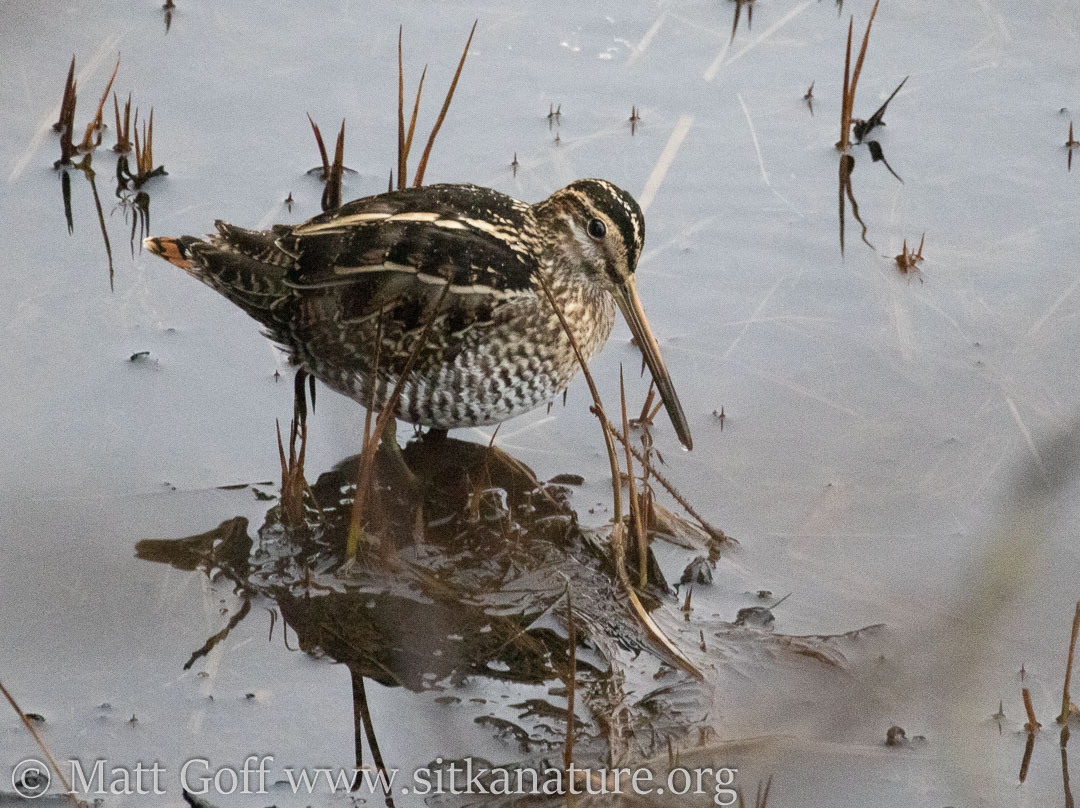 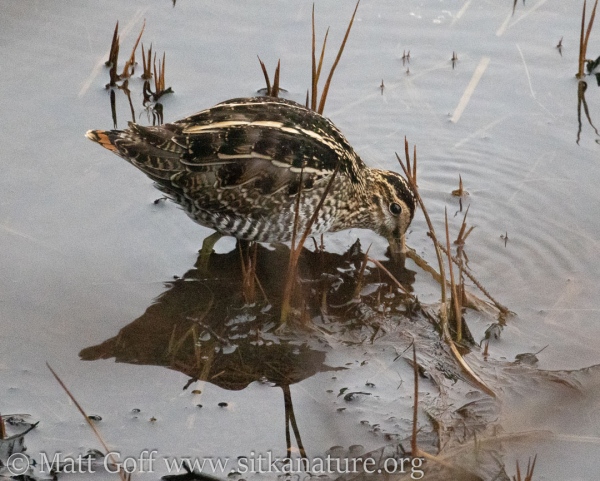 I saw a report of a couple of snipe below the viewing shelter at Starrigavan estuary this morning. I did not have high hopes that they would still be there by the time I headed out this afternoon, but decided to give it a try anyway.

As it turned out, both snipe were still there poking about in the mud of a shallow side water just up estuary from the platform. The view was not ideal for photos, but I managed to get a decent look through a gap in the branches.

The tide was out, and more birds were out on the bayside (where I didn’t look too closely), but the few birds remained in or around the estuary pool were a nice mix. They included a pair of Green-winged Teal, a Gadwall, four Canada Geese, and seven Trumpeter Swans.
***
Before I got up this morning, I could hear cars spinning out in the neighborhood.

I did not head outside until this afternoon to actually experience the iced ground. The snow which had been melting over the past few days must have gotten cold enough overnight to refreeze. Where it had been packed down, it was now ice.

I’m not sure if the refreeze was due to clearing, or if the temperature just dropped enough with skies remaining cloudy. In any case, it was cloudy throughout the day, and temperatures did not rise above the mid-30s as best I could tell. 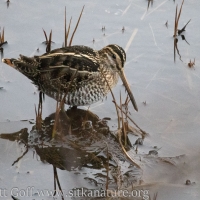 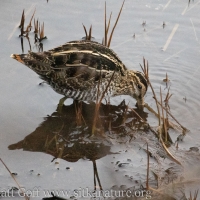 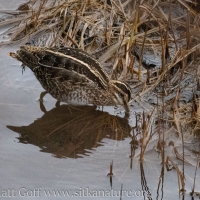 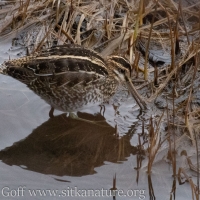 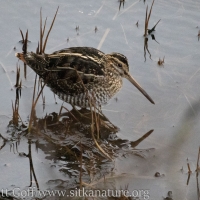 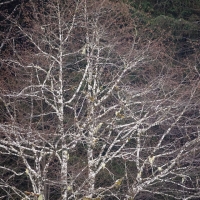 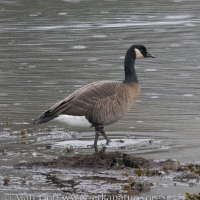 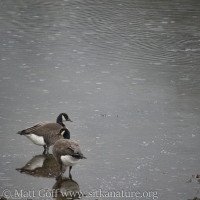 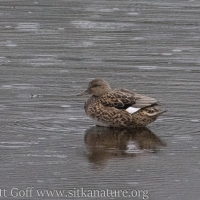 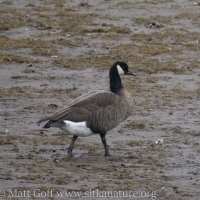 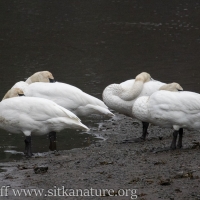 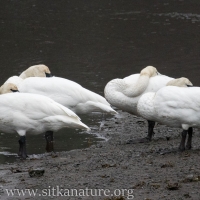