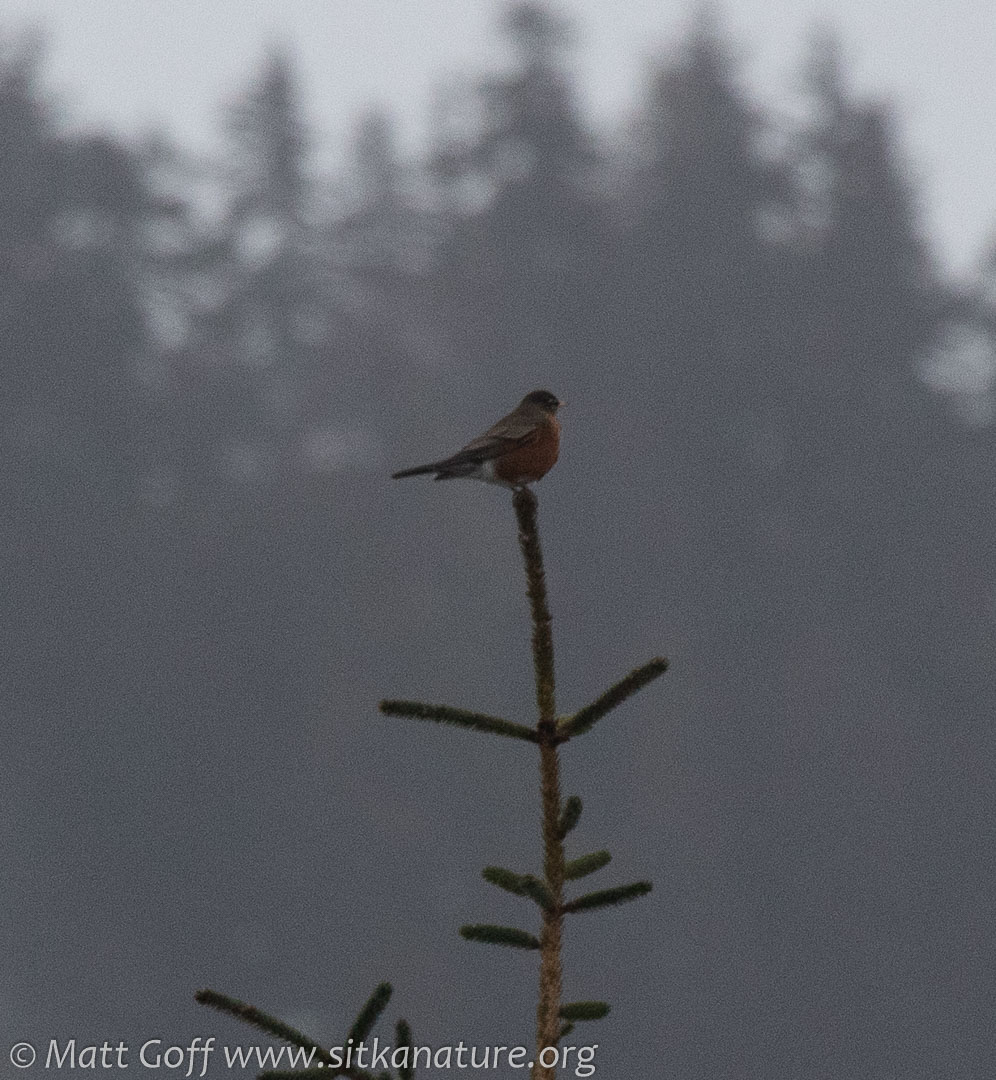 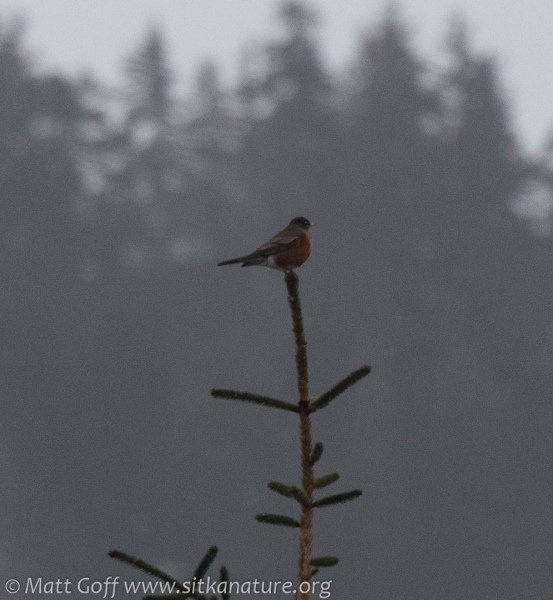 As I was getting ready to leave the harbor early this afternoon, I thought I heard a robin make a couple of sharp calls – possibly an alarm. I looked around, I noticed one in the top of a spruce tree by the Russian Bishop’s House (maybe in sentinel position). It stayed there long enough for me to get my camera out and take a picture, but then flew off.

Harbor work is getting close to completion (at least as far as MMO work is concerned). It’s down to the time where two MMOs are required. I wasn’t scheduled to start until 1:30pm (I wasn’t available this morning), but it sounded like things were winding down long before that. As it turned out, there were some issues and I ended up being needed for thirty minutes.

Since I was out already, I took a drive out to look for rosy-finches (again no luck). Clouds were down enough that I couldn’t see the upper slopes of Bear Mountain to see what the cornices looked like.

I stopped by the Backdoor and ended up visiting with PN. Among other things we talked about some of the places we might like to get out to later in the year.

Leaving UAS, I noticed KL had stopped by the Coast Guard boat. She had seen Pine Grosbeaks in the trees that remain near the new pool. There were at least three Pine Grosbeaks calling, and I also saw a Varied Thrush and a sparrow or two in the thicket, but it wasn’t a good opportunity to take pictures of the grosbeaks.

Rain continued today intermittently, though it looks like snow is still falling above 2300 feet or so.

There was a notice from the USFS on Facebook about avalanches along Blue Lake Road (with a photo that appeared to be snow that had come down in an avalanche). In some years there have been significant avalanches across the road, but it’s been a few years since that happened, I think.