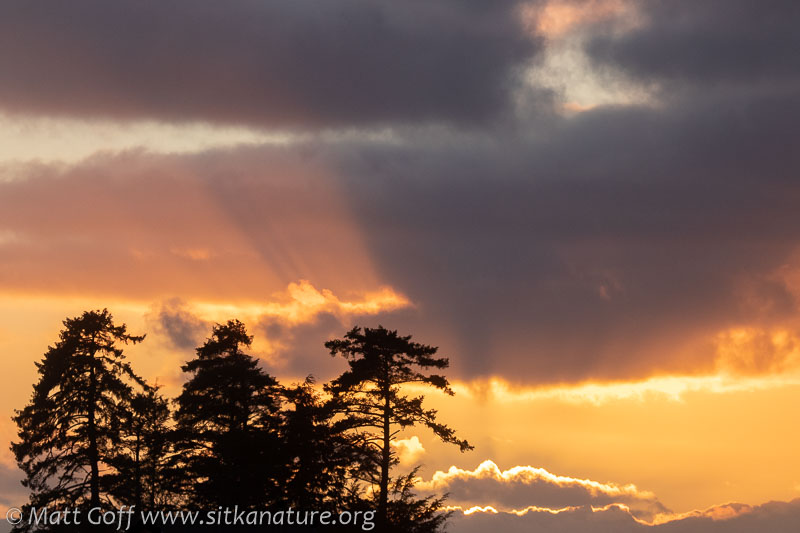 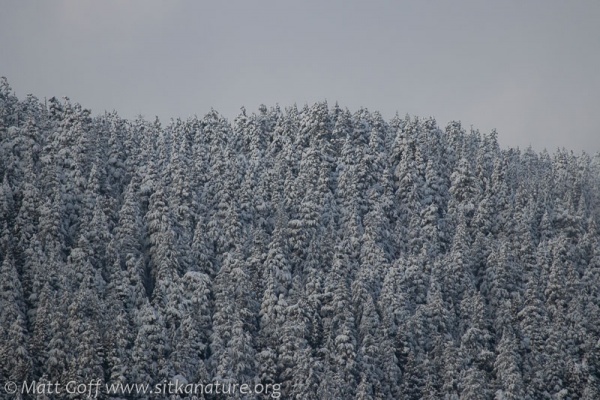 Overnight some snow fell, enough to leave the ground white, but not any significant accumulation (at least at my house).

Much like yesterday morning, overcast was replaced by a series of convection cells moving over from the west (today the change over happened around midday).

I spent some time car birding with KL for the Great Backyard Birdcount. We drove out to Herring Cove and counted on the way back. It was pretty quiet out there, and unfortunately we didn’t see any Gray-crowned Rosy-finches along the road between the Sawmill Cove and Whale Park.

I have mostly not gotten too excited about the GBBC in recent years. Part of the reason was the switch over to eBird, which I’ve only adopted into my natural history workflow in the past few months. The other reason has been I have such a backlog of photos, blog posts, and other stuff that I’m feeling like I need to get through, that it tends to result in a higher activation energy required for me to get going on an activity (especially one not of my own design/making).

There was significantly more snow after the Jamestown Bay hill, including a good layer of slush on the roads in the Industrial Park and between Sawmill Creek and Herring Cove.

This afternoon I was able to get through the remains of October, all of November, and most of what was left for December blog posts. They’re not yet published, but have at least been uploaded, and I should finish the last 6 days remaining for 2019 soon. (Once that’s done, I’ll work on 2020 posts, and with any luck, this one will get published sometime before the end of this month, or at least relatively early in March.)

I was pretty focused on making progress and as I was getting close to the end, in became aware that the sun was peaking through as it was going down. I wanted to get at least one picture for the day (having not taken one while out earlier), so I decided to take a picture of the snow covered forest near the top of Gavan Hill. I dithered a bit, but since it appeared that it would disappear behind a cloud bank, I decided to return to my task.

A few minutes later, I could once again see the sun was shining, and when I took another look, I realized the clouds were breaking up in a way that might make for some nice light. I couldn’t resist, and took a quick trip downtown. Had the the stoplight on Lincoln Street stayed red a little longer, I would have taken a picture of St. Michael’s with sunlit clouds behind it. In the end, I was probably a few minutes later than optimal and ended up taking a few photos from near the bridge before heading back home. 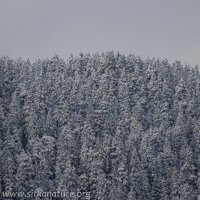 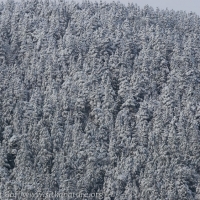 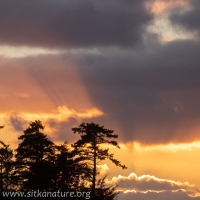 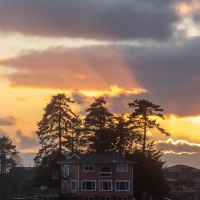 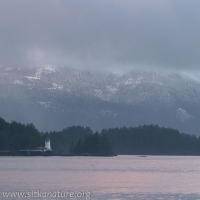 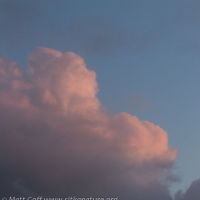