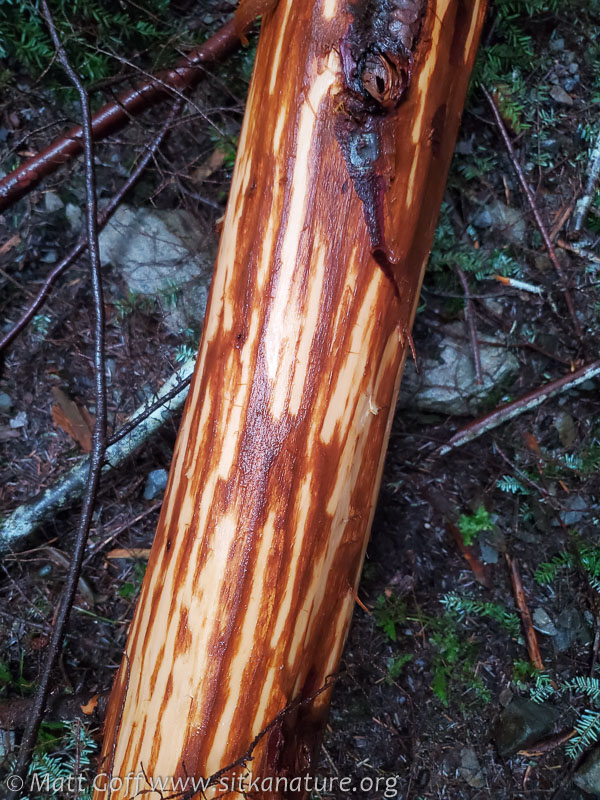 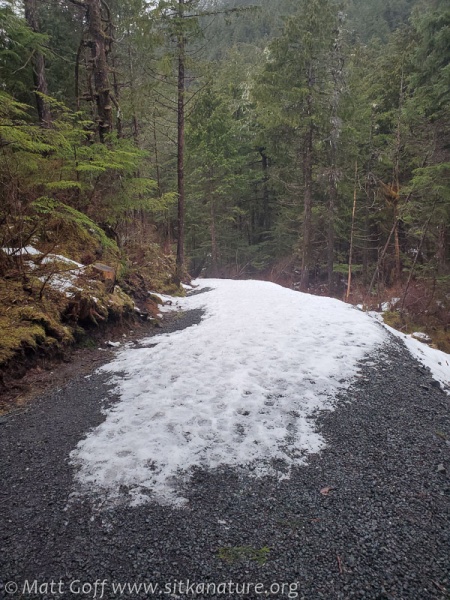 Gray conditions with drizzle was not leaving me feeling inspired to get out, but the notification I had set for myself to take care of the Gavan Hill ibuttons was already nearly two weeks past.

I took Rowan with me, but first made a side trip out to see if we might see the Gray-crowned Rosy-Finches which have been reported a couple of times recently out past Whale Park. No luck on that front.

Temperatures have been mostly above freezing in town, and snow has melted off, so I had been assuming the snow would be off of the cross trail. However, as we walked from the Pherson Street connector, there was a 3 or 4 inches slushy snow on the trail. I began to wonder if there would be too much snow to take care of the ground ibutton (which would be fine, as it can go for several more months at the settings it’s on). However, not far up the trail, I saw that wherever trees provided any shelter, the snow was absent (and this was still holding at the ibutton site).

We started up the trail around 4pm, and with the cloudy conditions, it was dim light in the forest.

Along the way we noticed a few trees that had fallen over since were last up there. Rowan suspected it was due to the snow.

I was curious about one hemlock tree in particular which had fallen over (from the roots) in the area of second growth. Much of the bark scraped off, but did not seem to be there on the ground. It’s my understanding that the inner bark of hemlock was sometimes eaten by Tlingit people in the past, so I was curious if someone had harvested it to try eating.

I’ve really not been getting out walking or hiking much for the last couple of months (at least), and was really feeling my lack of conditioning going up the stairs.

As daylight is increasing and I’ve now caught up with writing (and initially uploading) blog posts from 2019, perhaps it will be easier to prioritize getting up hills at least once or twice a week to build up some strength and conditioning. 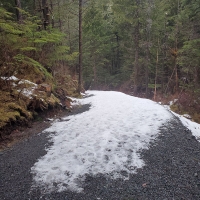 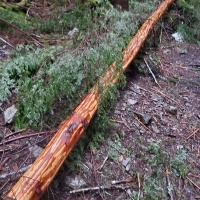 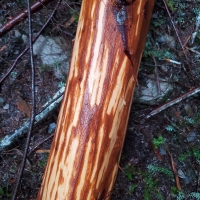