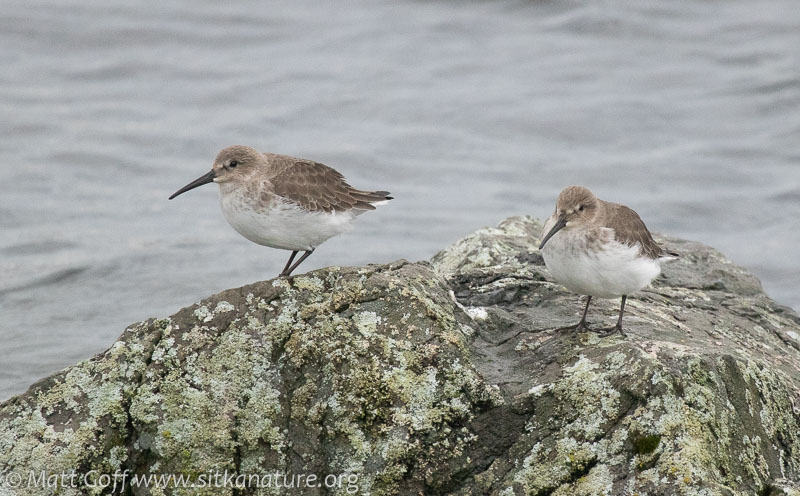 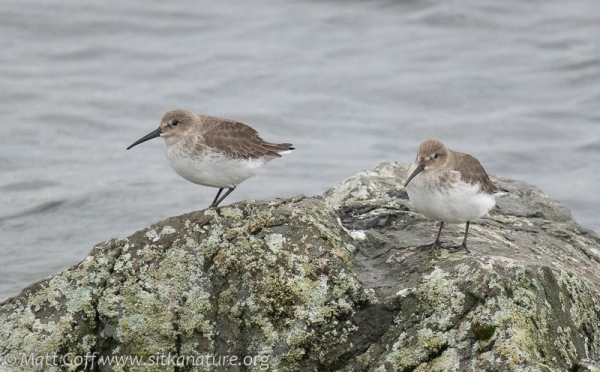 I was planning to stay at home doing catch up work until going to Moller Park for Ultimate at 4pm – which, this time of year, is after the sun has set.

Plans were changed when I received a text about a Yellow-bellied Sapsucker. Unfortunately, it was no longer around when I got to the location it had been seen, but I spent some time looking around the broader area.

Connor let me know there were a couple of Dunlin near the Turnaround, so I decided to stop by and check them out. There were 3-4 that spent the winter in that area last year, so I’m curious if these are two of the same birds. Some other locations in Southeast Alaska host a fair number of wintering Dunlin, but they are not found here most winters (or even in the fall migration).

There were gusty winds out of the East (or so it seemed to me) while I was out, and those persisted through the afternoon. We picked a more sheltered part of the field to play, but still had to deal with some strong gusts on occasion.

Later in the evening the gusts seemed especially strong at the house, and some rain had started to fall. I woke up overnight a couple of times to heavy rain hitting the roof.

By this morning, the winds had settled significantly and there were only periodic rain showers.

Later in the morning there was even a break in the clouds and some interesting looking light, though I didn’t have a chance to get out and check it out. By early afternoon it felt like sunset was coming a couple of hours early when some heavy clouds moved over. 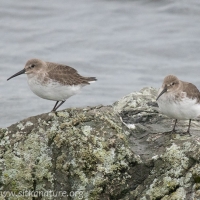 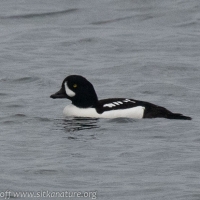 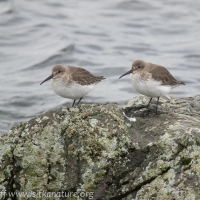