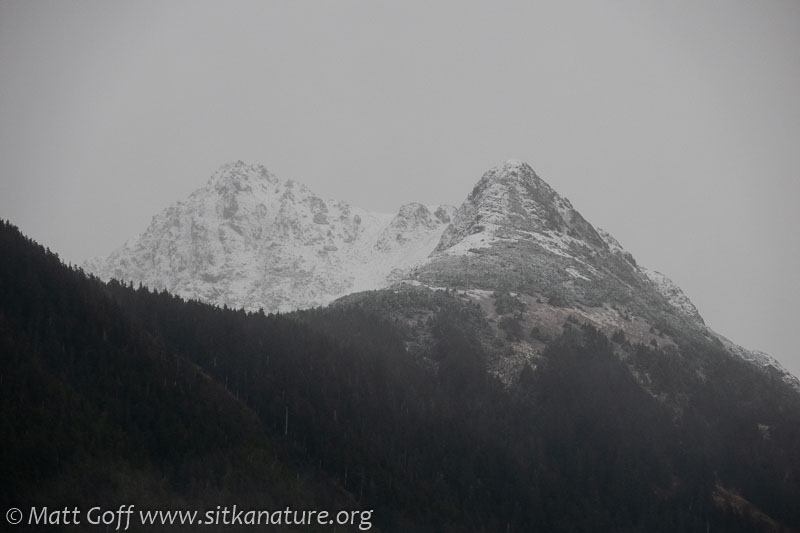 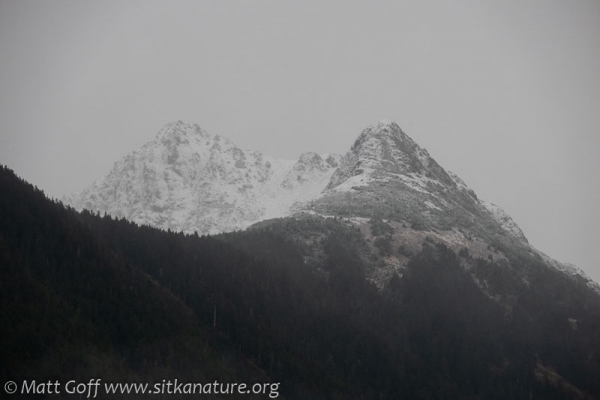 The forecast earlier in the week suggested we might see partly cloudy skies for Thanksgiving, but that didn’t really turn out to be the case.

Temperatures have dropped enough this week for snow to get down close to around 2500 feet on the mountains. It doesn’t look like there has been much accumulation so far, but it’s taken longer than usual for snow levels to drop even this far.

I took a photo of Harbor Mountain from Sea Mart parking lot at a gloomy 2pm (an hour and a half before sunset) as we were headed to friends’ for Thanksgiving dinner.

At dinner I had a chance to visit with someone I worked with as a marine mammal observer last fall (part of a dock project at the industrial park). She’s spent most of the past 6+ months out on Biorka Island observing for a dock project out there. It was interesting to hear about some of the things she’s seen during her time out there.