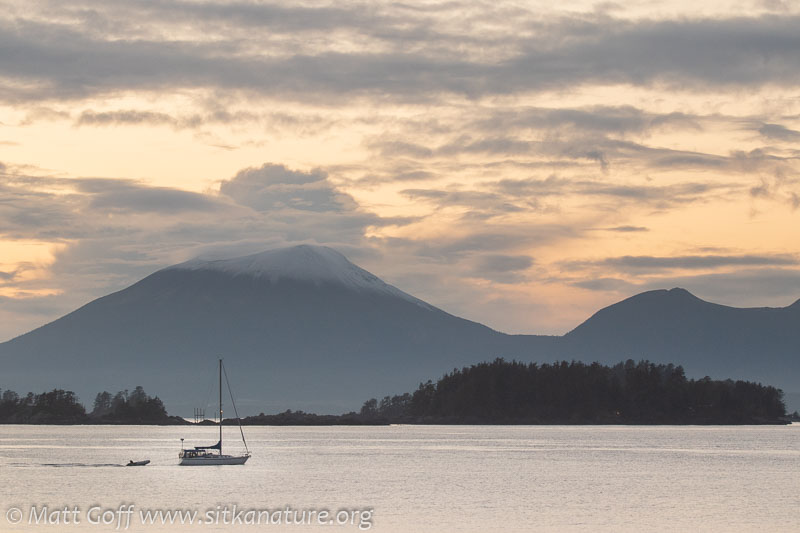 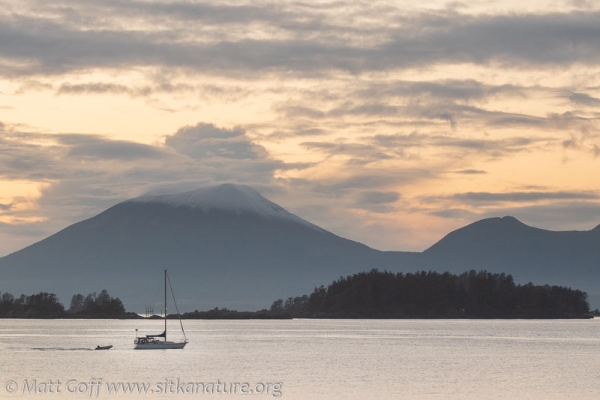 The snow level dropped enough to cover part of Mountain Edgecumbe, but by the time I got out this afternoon, there had been noticeably melting on the south aspect, giving an interesting diagonal to the snow line (which wouldn’t have been so obvious on a less symmetrical mountain).

I stopped by Moller, but didn’t see the tree sparrow that had been seen there yesterday. Perhaps it has already moved on (as often seems to be the case with this species).

While not spectacular, I enjoyed the display of clouds over Mt. Edgecume and Kruzof Island around sunset. 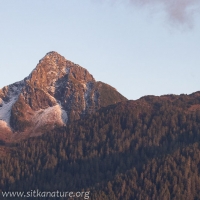 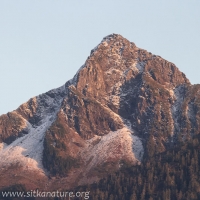 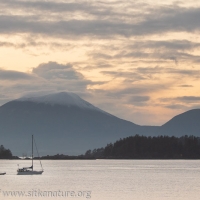 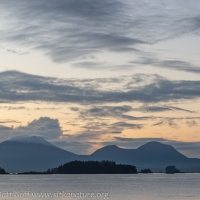