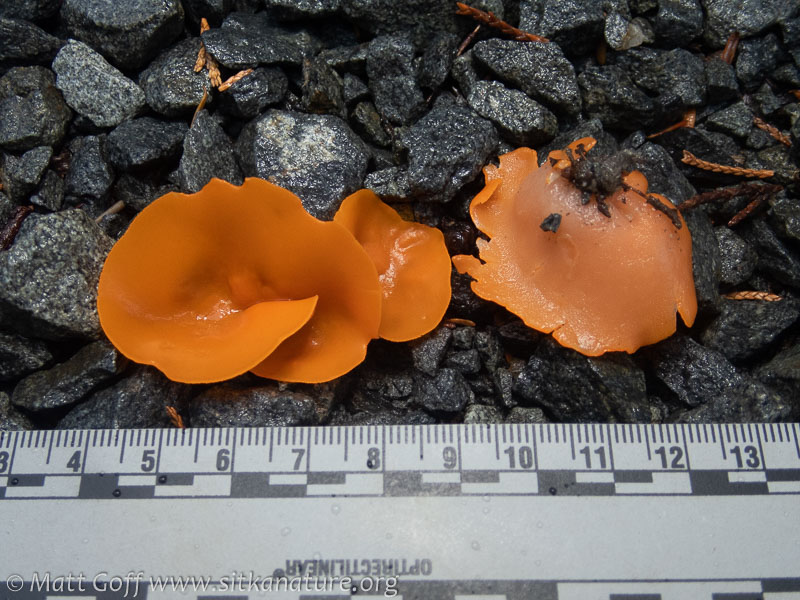 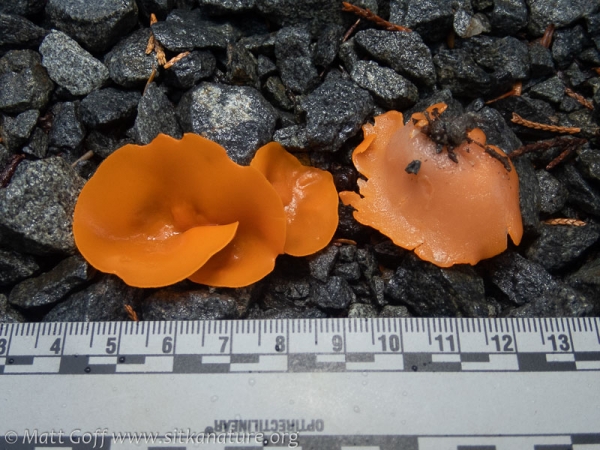 After finally getting around to figuring out how to get the ibutton programming/reading software set up with the information from the app I had been using on my tablet (which I discovered had a faulty USB connection last time I tried to update the Gavan Hill ibuttons), I was ready to go retrieve the data and reset the data loggers.

Rowan and I started out from Pherson Street to save some time this afternoon. I was interested to note several orange peel fungi (Aleuria aurantia) growing in the gravel near the beginning of the trail. Some appeared to have been trampled on, but a couple were in good condition.

It had started sprinkling as we were heading out, causing Rowan to groan about the rain, but once in the forest, we didn’t really notice.

I felt significantly better on the hike up today than I had last time (when I was recovering from some sort of ill-defined malaise).

I was able to successfully take care of the ibuttons, and put a December 30th reminder in my calendar to get there again before they fill up.

I stopped to take pictures of a yellow crust fungus on our way down (and noticed a small mite while doing so – something I don’t usually see until reviewing my photos). I was happy with a little LED fill light I recently acquired, as it made it much easier to take pictures of small things in the dim forest (with both my phone and my Olympus TG-5).

Just before the junction with the cross trail we caught up with a group of folks we had heard heading down while we were off the trail. They seemed to be a family group, and one of them gave the appearance of being a mother carefully making her way down the uneven ground, bravely taking on a challenge she probably wouldn’t have chosen to do on her own, but went on for the sake of spending time with her family. Of course I have no way of knowing if that’s what was happening. 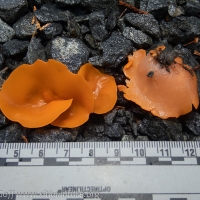 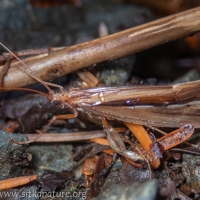 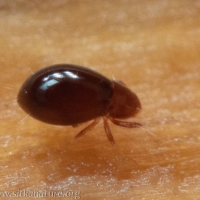 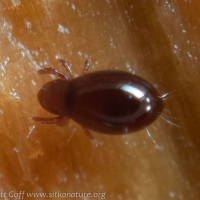 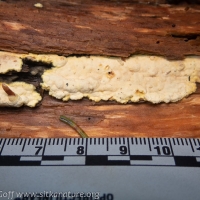 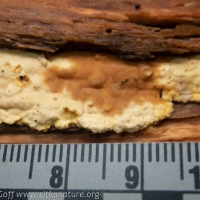 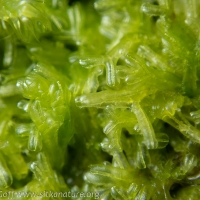