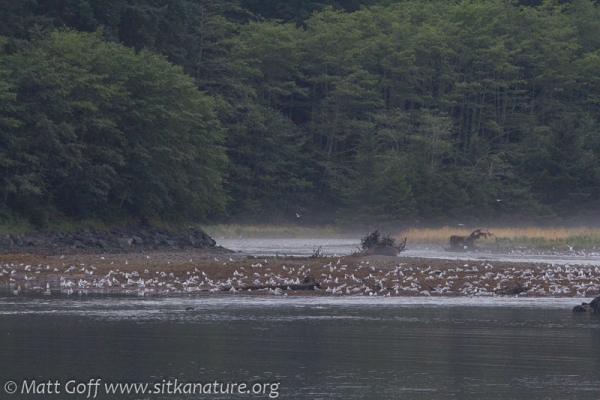 Although the rain started yesterday evening, I think the heaviest rain was during first half of day. On a trip downtown this morning it was interesting to see water flowing out of the storm drains. I heard someone else suggest the high tide was a contributing factor (presumably due to the relatively low elevation, a high tide can have a significant effect on how fast water can flow out of the storm water system).

There was a landslide out Halibut Point Road this morning. Although it was nowhere near the size of some of the other landslides that have occurred here in the past, it did go across Halibut Point Road. The road was still closed at Halibut Point Rec when I went out there for a short look around this evening, but they had it open by later in the evening.

There was a report of Killdeer and other shorebirds near Eagle Way Beach, so we hurried in from the rec to check out the birds. Light was fading, but I was able to see my third Killdeer this year. I don’t know that it’s been an unusual year for Killdeer here overall (I think it’s easy for them to go unreported), but this was my third of the year – many years I don’t see any.

This weather system brought warm air, so the dew point was creeping up towards 60F. I could see a little bit of light ground fog over along Indian River where the cold water cooled the air sufficiently to drop below the dew point. 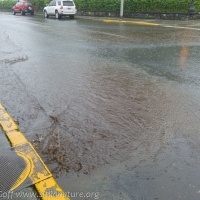 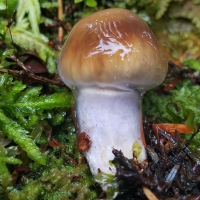 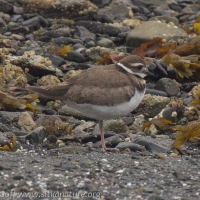 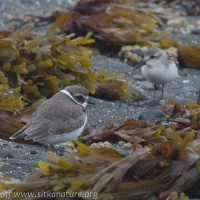 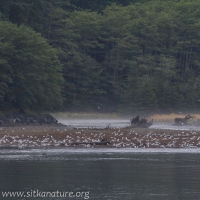