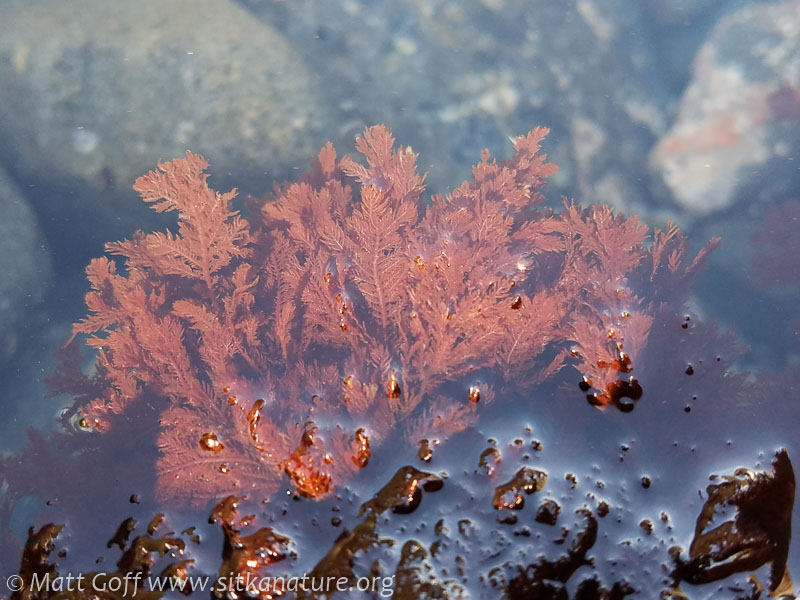 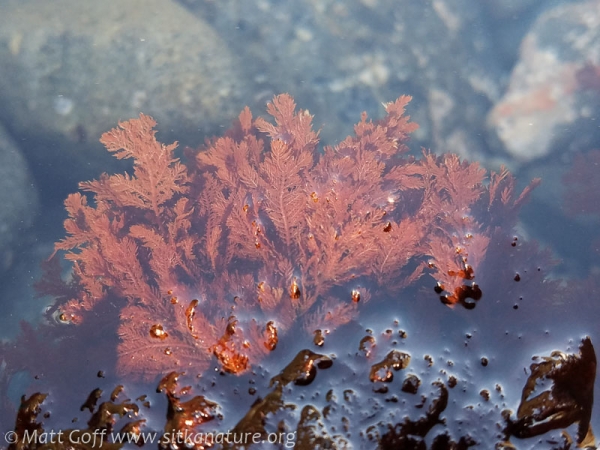 Overcast this morning soon gave way to clearing skies. Despite the overcast, there was little change from the cold temperatures that have prevailed for nearly a full week now. Although winds were light, what breeze there was felt very cold (and white caps out on the bay suggested it was not calm everywhere).

I had some errands to run downtown between calls, so decided to take another trip to Sandy Beach on the falling tide. I followed some bird tracks in the sand thinking they were from a gull, only to be a little surprised when I looked up and saw a couple of Mallards getting uncomfortable just before they took off. In hindsight I wonder if the ‘pigeon-toed’ look should have tipped me off that they were not gull tracks.

I made my observations of a couple of seaweeds and a small snail on the rocky are north of sandy area. Conditions on the water here were calm (I saw the white caps on Crescent Bay), but even the very slight breeze was enough to be a strong chill into my fingers when I did not have the in my gloves.

I was curious to notice a decent sized snail on an otherwise bare looking rock in the middle of the sand – I guess it could go across the sand when the tide is up, as it seems unlikely that the snail had been on that rock for its life. I was also curious to see a couple of hermit crabs slowly making tracks across the sand. If my fingers had not been so cold, I probably would have taken pictures of both these – but perhaps I’ll run into the again.

In other news, I got a report that the Virginia Rail was still around. I had something I needed to do, so was not able to go and look, but Connor went down and caught several glimpses of it (with no photos). 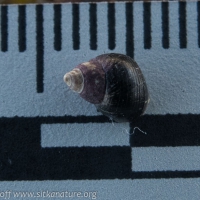 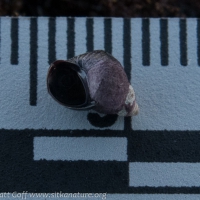 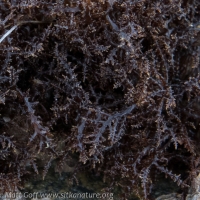 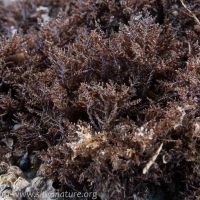 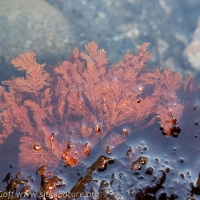