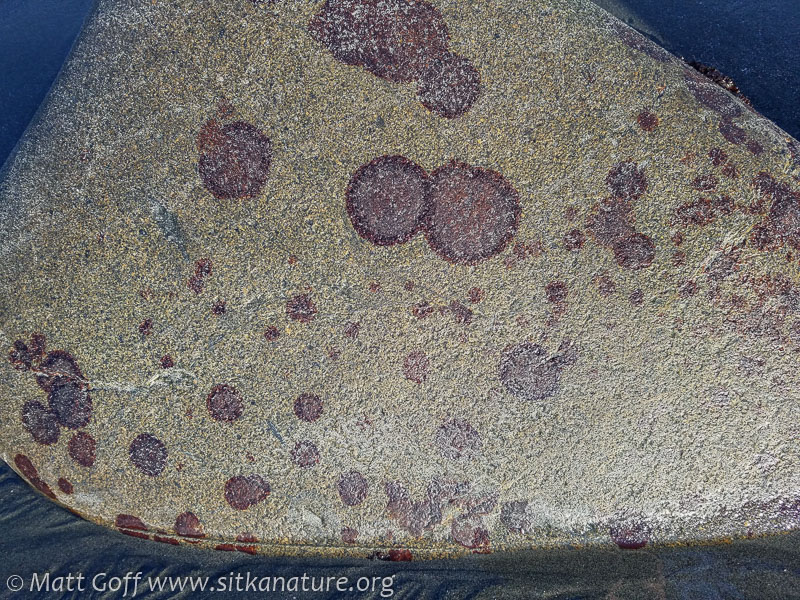 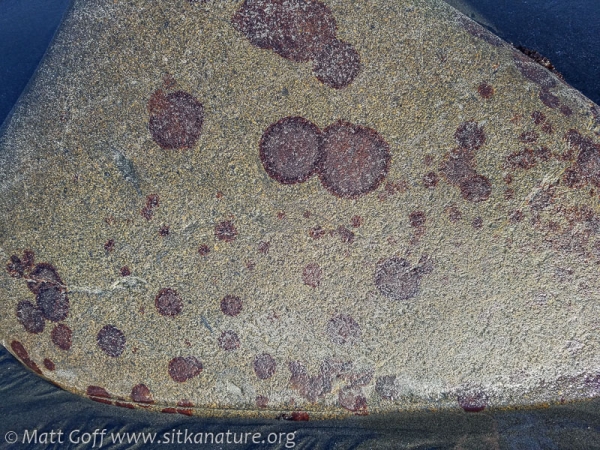 Despite overcast skies overnight, there was no real warming. As the morning progressed, the overcast thinned out from the north, and by later afternoon, mostly clear skies prevailed.

I did not have much time for getting outside, but did make it out on a brief trip to Sandy Beach to look for some new observations. I was curious about some dark red circles I noticed on rounded boulders partially buried in the sand. I think they could make an interesting subject for some abstract photographs at some point, but did not spend much time with them today.

It is interesting to have such cool temperatures with the sun rapidly gaining strength. Air temperatures are staying below freezing, but there is enough warmth in the sun to melt snow whenever here is any dark surface near or on the the snow. This has lead to some interesting formations of snow/ice where there is a strong melting occurring on the south facing surfaces of snow piles and such. 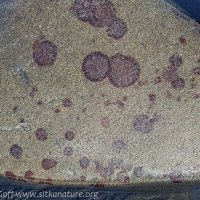 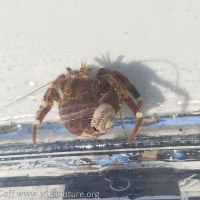 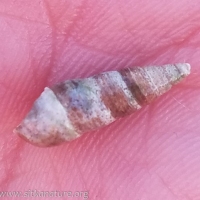 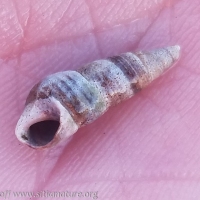