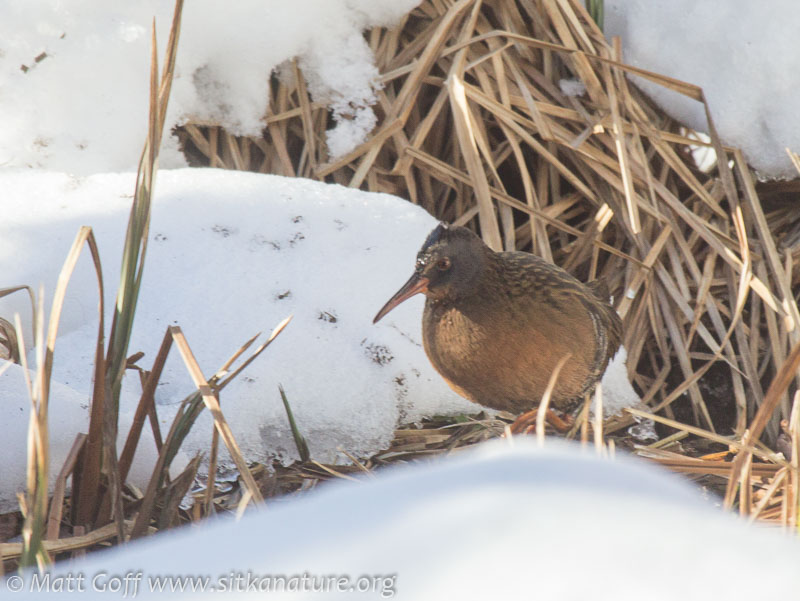 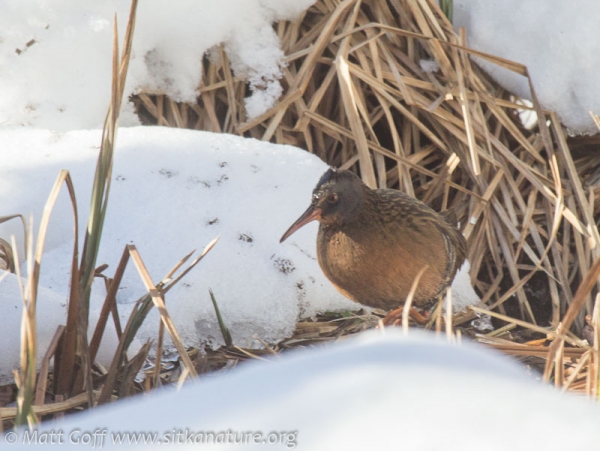 Unable to look for the Virginia Rail after it was seen yesterday, I was prepared to dedicate some time to the effort today.

Clear skies and cold temperatures prevailed – I think it’s now been a full week since the last high temperature above 30F, and I walked in full sunlight to the lake a little before 8am.

The rail was first seen back in the first week of the year, and had not been seen since. Yesterday’s sighting was in the same general marshy area at the upper end of the lake. There are seeps that run out of the ground there which stay open despite the cold temperatures, and I am guessing the rail has been making use of this area to survive the chilly winter weather.

I arrived to the sound of much song bird chatter. I think it was mostly juncos, but there was also a White-crowned Sparrow singing, Chestnut-backed Chickadees, Song Sparrows, Varied Thrushes, and Pacific Wrens contributing to the mix. I walked slowly to a spot nearing the edge of the more open areas and stopped to listen and look.

After a few moments a snipe popped and up and flew from beside a small clump of trees a short distance in front of me. Almost simultaneously, I looked up and saw what I believe was an accipiter in something of a stoop headed toward the upper end of the marsh. It was impressive how silent it was in the moments after. I think the threat was just a fly-through, as it did not take long for the chatter to pick up again.

After standing and watching for a few minutes longer, I noticed Lucy had showed up to look. As she was nearing my location, I caught movement off to my right, looked over just in time to see the rail take a couple of steps and fly up towards the thickets and open water at the very upper end of the marsh.

Lucy hadn’t seen it, and I wanted to get pictures, so after visiting briefly, she went through to sit under the trees near a patch of open water where Connor had seen the rail yesterday. After some indecision, I decided to try and make my way across the open marsh to the far side. I was curious whether there was any likely habitat over there and also wanted to be in the sun, which had not yet moved far enough to illuminate where I had been standing.

Despite the cold weather, the thick layer of snow and remains of last years vegetation sufficiently insulated things so the ground was not consistently frozen. As a result, I ended up with wet feet after crossing. This did not bother me much as I found a nice spot to sit in full sun, which felt warm despite the cold air temperatures.

Things on the side where I sat were definitely more frozen, and after sitting for a while, I made my way across the very upper edge of the flat below the steep rising slope.

Lucy had briefly seen a bird fly from the sloped area and thought it might have been a snipe (though upon consultation with her bird book later, she realized it had been the rail).

With cold and wet feet, I decided to head back home and try again later in the day. Lucy had some things she needed to do as well, and while we were making our way back to the street, she noticed a Downy Woodpecker working a pine tree. That was an unexpected, but nice find which I was able to get my best photo of a couple of minutes later when it moved to an alder closer to me.

Given the secretive nature of rails, I decided my best option was to sit in a likely place and watch for an extended period. So I dressed warmly and headed back to the lake after lunch.

The sun had swung around and was now lighting the east side of the marsh. I was interested to note that the bird activity seemed to have followed the sun. The birds seemed no less active than earlier, but now they were more active on the slope going up to Lake Street rather than the far slope at the end of the lake where they were more active this morning.

I picked a spot to sit that was at least a bit in the sun and had a nice view of some of the open water areas. It was not far from where I had briefly seen the raill this morning.

With my backpack as a little bit of insulation against the cold snow and my back against a willow, I settled in. I am not sure what time I started sitting but I had already been there for a little while when I first looked at the time just after 2. For the next hour I sat and waited – listening to the birds and watching.

Around 3pm Connor arrived to watch. He had noticed me and went up near where Lucy had been watching this morning. By this time I was starting to feel a bit cold, and I was not sure how much longer I would wait.

Before I was ready to give it up, I noticed movement in the bushes between Connor and I. It was brief, but suggestive, and I got my camera ready in case it was the rail (I had previously seen Varied Thrushes hopping aorund in the same area).

Over the next few moments I only saw it briefly as it popped up between clumps of last year’s sedges and snow. Staying in the open only briefly, it made its way over to a small clump of trees (where I had seen the snipe fly out this morning). It came around from behind that clump and was actually fairly close to me, but there was a little bit of vegetation between, and the direction of the sun resulted in backlighting and poor conditions for additional photos.

I was able to watch it for a little while longer as it ducked in and out of cover, and used it’s relatively long bill to probe the water and soft mud along the edge of the small stream of open water. After it had worked its way down stream (toward the lake) and I could no longer see it from where I sat, I got up to see if I could tell where it went, and then get ready to go.

I saw the rail still foraging its way down along the trickle, but there was too much vegetation for me to have a very clear view or try to get picutres. As I was standing there, it seemed to take notice of me and flew back up from where it had come.

In the excitement of seeing the rail, I had momentarily forgotten that I was cold. However, now that I was standing up and turning my attention towards leaving, the cold came back quickly and I started shivering pretty hard.

I took a brief side trip to check in with Connor and  learned that when I first saw the bird, he happened to look over and notice my camera up, so he started paying more attention. He said he only just got a brief glimpse of the bird’s head, and nothing more until it flew back. From there he saw more or less where it landed. He planned to stay longer and watch for it (he later reported that he did not see it again, though he thought he found a place where it probably hides out).

Once back in the car and off to run errands, it did not take long for my core to warm up, but it was at least a couple of hours before my feet felt back to normal. 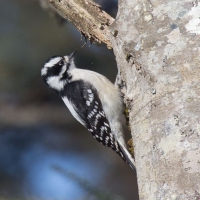 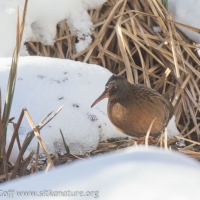 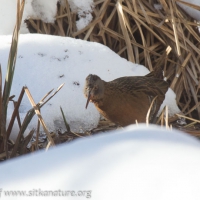 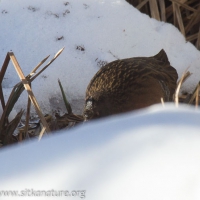 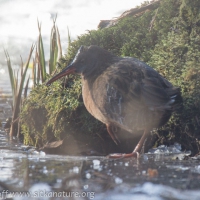 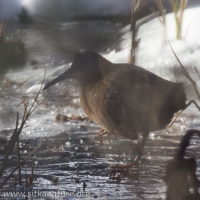 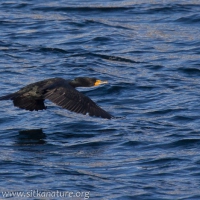