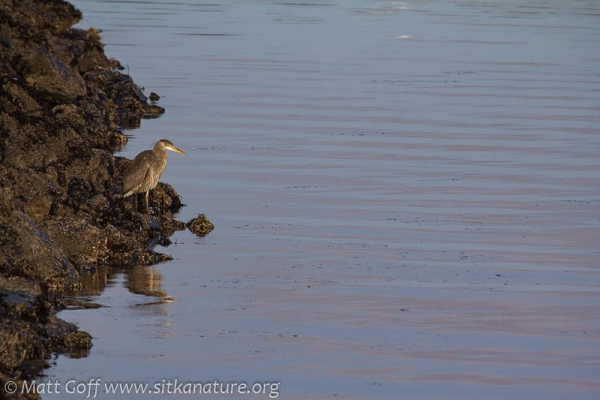 With one month down in the Sitka Big Year Project, I find my personal list well ahead of my 2012 pace. That year I had only 60 species, with all but four of them birds. In 2012, I was not photographing everything I counted, nor did I observe (for the list) winter plants. So it’s unsurprising that I have many fewer birds so far this year (it’s a lot easier to observe them generally than photograph them), but many more plants and lichens. So far I have 99 species (identified to species) with quite a few more observations that are not identified fully to species. Bryophytes and lichens were a big miss back in 2012 (I had far fewer species than I could have – including missing many common and relatively easy to identify things).

For the first day of the second month, I tried to keep up with the pattern of at least three new species. Today I took advantage of a little time this morning before my day filled up with calls to check out the channel in the morning sunlight. It was calm, and I was able to pick up Barrow’s Goldeneye, and both species of scaup. 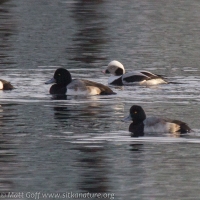 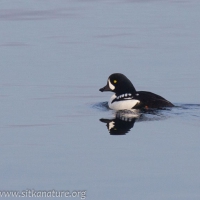 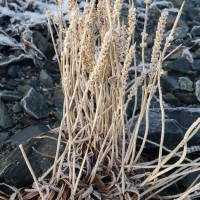 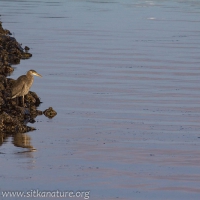 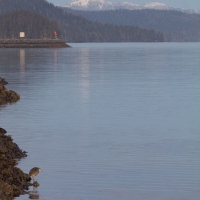