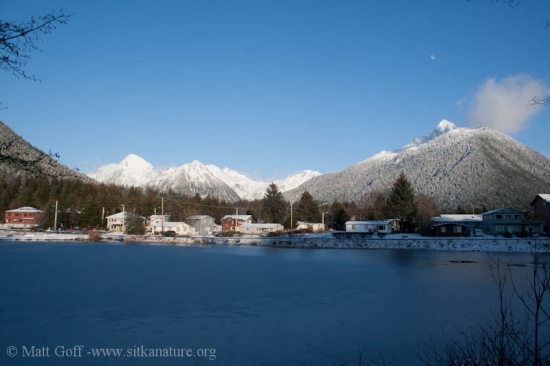 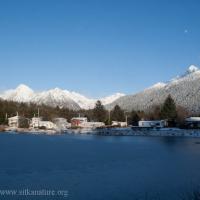 The snow covered Sisters and Verstovia form a scenic backdrop behind Swan Lake. 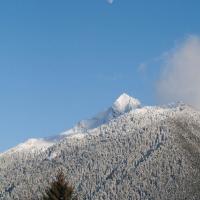 The peak of Verstovia points up to the moon above. 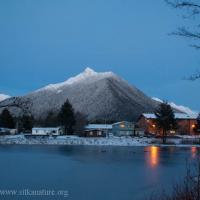