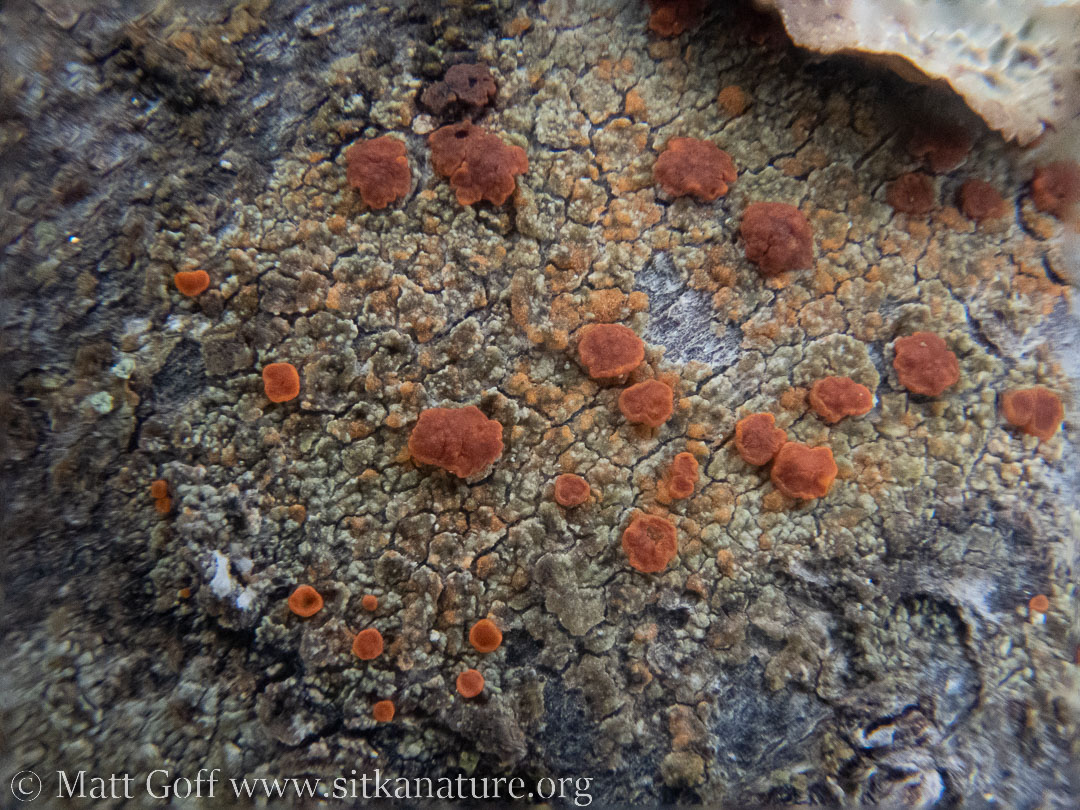 
This afternoon I drove out to Silver Bay.

Sawmill Cove was quiet during the few minutes I spent watching there.

A few small groups of Common Murres were out on Silver Bay and into Eastern Channel. At couple were well transitioned into summer plumage.


I had previously noticed a downed hemlock outside the railing a bit beyond Whale Park.

I parked at Whale Park and walked out to the hemlock.

I thought I might find some dwarf mistletoe, and then wanted to look for other epiphytes.


I was not disappointed on either count.

Though easy to overlook on a first glance, I saw several sprigs of dwarf mistle growing from the branches. I’m curious what blooms and/or seeds look like. I suspect I would need to find it on an intact tree later in the year.


I investigated only one of the branches that had been near the top of the tree. A few lichens I recognized, and several others I did not. I photographed and collected a handful. I left with some intention to return and investigate further.