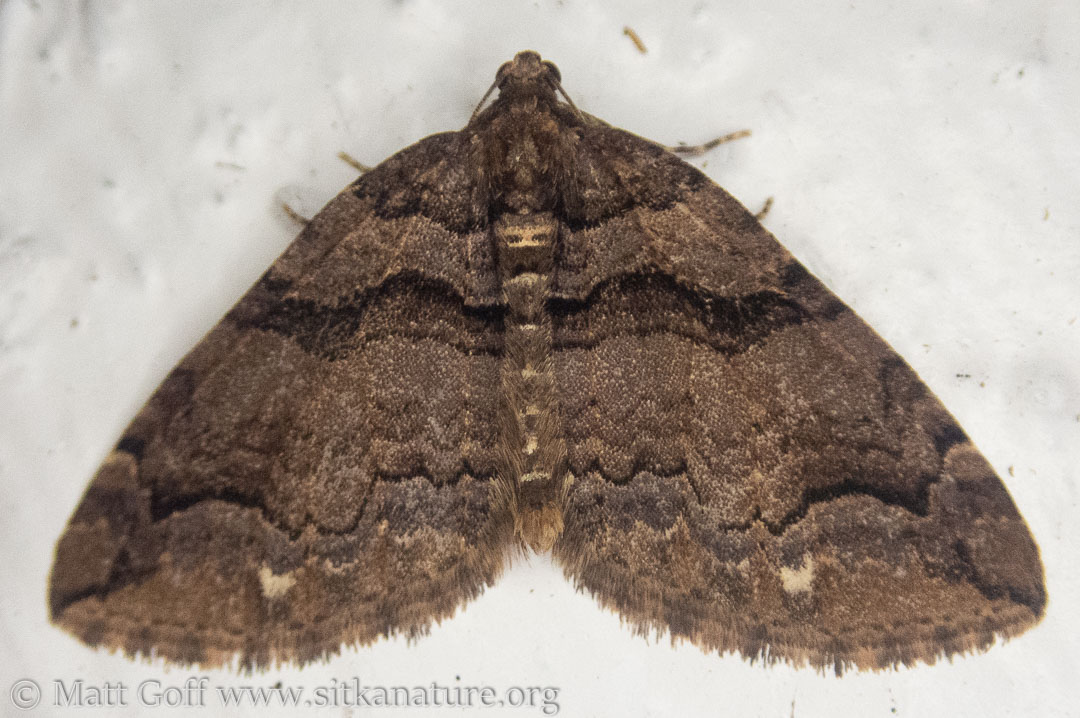 Overcast with a little bit of rain, but not as much as I might have guessed from the forecast. Looking at the radar imagery, it appeared to be falling more heavily elsewhere in the general area. Breezy out of the southeast.

I went to Totem Park this morning around 9:30am.

The tide was falling from its early morning high, but the beach was still relatively small.


A raven calling in the forest reminded me of a time I was walking through the park with visiting Australians. They were were captivated by all the sounds a raven made from the branches overhead. It was actually very near where I heard the one today.

I decided to make a recording. I moved a couple of times following the raven as it moved from tree to tree.

I started hearing shorebirds and felt a little torn, but recorded for a little longer.

Mostly Surfbirds with some Black Turnstones


The shorebirds were mostly concentrated on a small area that had recently emerged as a little island. Many gulls shared the shore there.

I was able to see a few Dunlin and at least one Rock Sandpiper among the hundreds of Surfbirds and Black Turnstones.

I heard a call that tugged for my attention, but I didn’t give it too much thought, sort of dismissing it as one of the gulls.


Walking up the beach I noticed larger plovers and realized it had been a Black-bellied Plover I was hearing. I saw two of them plus one Pacific Golden-Plover.
All took off not long after I noticed them. They circled over the river mouth to gain elevation and headed north.

More violets are blooming, but still no sweet-cicely (Osmorhiza). I may be misremembering, but I have thought the sweet-cicely usually blooms first. Perhaps it was slowed down more by the cold than the violets. I’ve not noticed any of either that appear to have suffered freezing damage.

I headed out to Starrigavan before the tide fell too far.

I ended up seeing DK there and talking for a bit. He had just checked things out more thoroughly than I intended to, and hadn’t seen much.


While we were talking a Red-tailed Hawk flew by. It landed in a tree, but didn’t stay long enough for me to get a photo. It did fly a couple of circles and I managed to catch it before it disappeared.

I went back to the park this evening after getting my radio show ready.

I had seen report that dowitchers were there. The tide was rising and not much of the flats remained in front of visitor’s center.


I did see three dowitchers and a Marbled Godwit. Also four Greater Yellowlegs and plenty of ducks.

This American Crow seemed pretty ornery. While I was watching it repeatedly chased shorebirds around, then chased a couple of different ducks, and finally a gull.


A pesky crow was harassing the shorebirds. It chased them three or four times. Then chased at least a couple of different ducks. A few minutes later it chased a gull then flew out towards the islands with another crow.