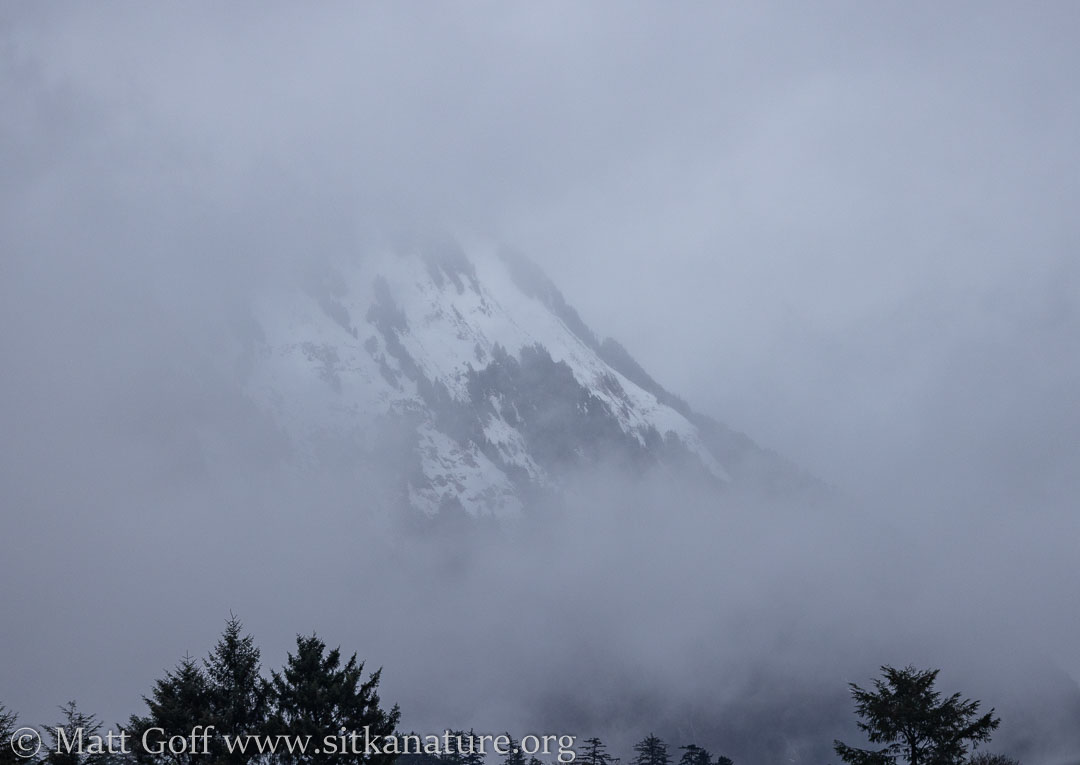 Heavy overcast view over the ewater

Rain this morning and into the afternoon. Tapering off by mid afternoon, with occasional rain into the evening.

Today’s total will top out over an inch, bringing the monthly total to over 14 inches. Probably not quite enough to surpass the second all time February total of 14.91 inches (1985). We still have a pretty good chance of surpassing the all time high of 15.56 inches (1964) before month’s end.

The forecast is for dry weather Sunday and Monday. If this holds up, it will end the consecutive days of rain streak at 24 or 25 (depending on whether there’s bit of rain after midnight on Saturday->Sunday).

A group of ravens had been clustered atop a car. Of course they scattered when I got my camera out. They were interested in whatever this raven has. Presumably food, I couldn't figure out what it is.

I spent some time birding from the car for the great backyard bird count today. I counted from the kelp patch turnaround, Sea Mart, and the channel.

I briefly stopped by Swan Lake, but the swans and ducks came walking out into the road. Apparently no one had stopped by with food recently, and they were hoping I would have some. I decided not to stick around, as they often will sit and wait in the road blocking traffic, even when I would guess it’s clear I’m not getting out to give them anything.


Poking around on the rocks behind UAS, I found some Neckera douglasii. It’s not a species I’ve seen too often, so that was interesting. I also twisted apart a few spruce cones to see if I might find any larvae or beetles. No luck.

I worked on publishing photojournals and radio shows this evening for the first time since early December. I have been writing daily, but fell out of the habit of publishing over the holidays.