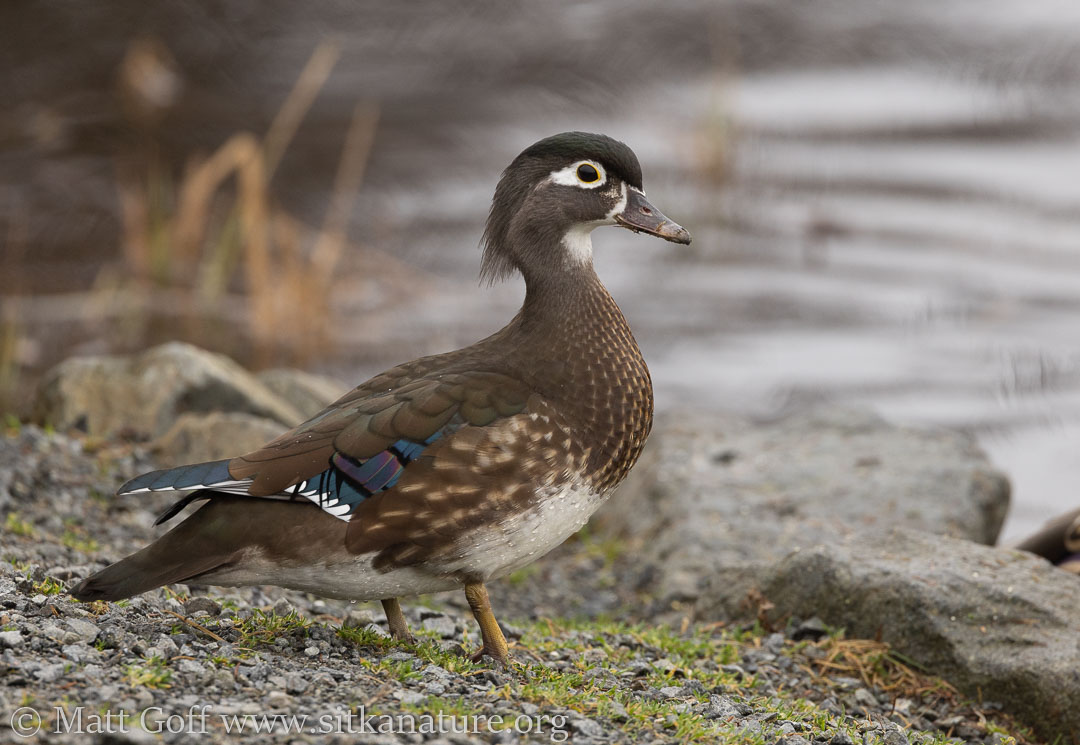 Self-portrat in a swan's eye

Fog with some drizzle this morning. Later in the day, higher clouds and breezy.

I spent some time out this afternoon with a stop at Swan Lake and a second along Kramer Avenue.

A Eurasian Wigeon with two American Wigeons on Swan Lake


The Eurasian Wigeon was back at the lake along with three American Wigeons. The Wood Duck remains as well.

Just a bit of ice remains on Swan Lake. It's all that remains from the ice that began forming last year.


Just a skiff of ice remains off the radio station. It seems likely it will melt off within the next day or so.

I think this is Douinia ovata, small but striking in form


I picked up some bryophytes at Kramer Avenue in a scrubby forest in transition to muskeg area just off the road.

Mystery orange goo - I wondered about slime mold, though it seems the wrong season. [Update: When I got a clearer look later, it appears to be an egg mass of some sort.]


Among the things I noticed were bright orange something, perhaps I’ll be able to say more after looking in a microscope.

Much of the remainder of the day I spent cleaning up a bit more, then working with microscopes and collections. Looking through collections and getting photographs is kind of a slow process.

I don’t currently have a setup where I can have multiple microscopes going at once. This means I need to do initial looking in a dissecting scope. When I get strands/leaves to look at under the compound scope I have swap them out. Each swap doesn’t that much time, but it does add up.

Since I tend to be fussy about wanting good photos, it’s also going to be a challenge to deal with dust and debris of various sorts. I think I’ll mostly just decide to live with less aesthetically satisfying photos, and maybe every so often try to get something better.

I’ll need to get more organized and faster or limit my collecting quite a bit if I hope to have much success with this.

One end of the animal - it almost looks like green bits in some of the cells. Perhaps it was eating plant matter?


One thing I noticed while poking through the collections was a white or transluscent worm-like thing. It was dead, and in rough condition beyond that, but I did take some pictures of it with the compound scope. I doubt I will ever get a species name for it, but am hopeful to learn what group it’s in. Perhaps a large nematode?