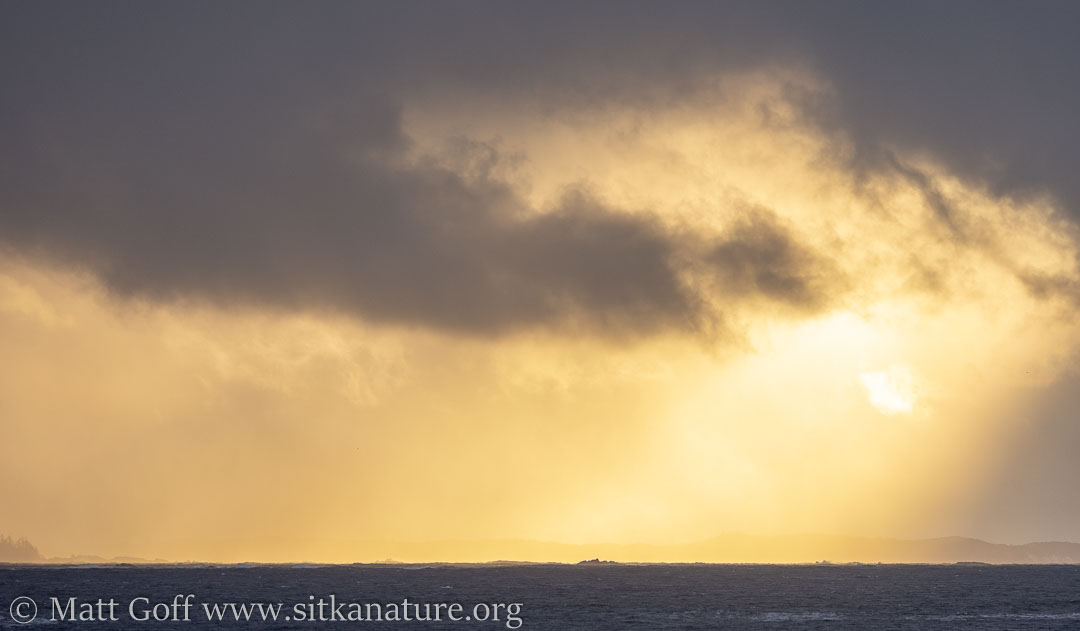 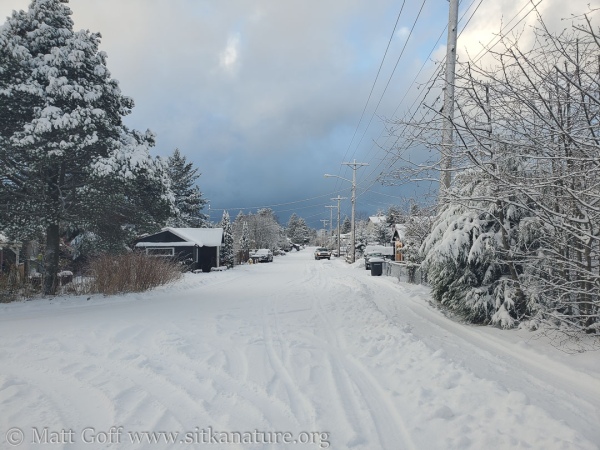 Snow showers and calmer winds with temperatures near freezing through the day.

Overnight the snow began accumulating, and continued through the day. Several inches covered the ground by this evening.

It seemed unusually quiet when I woke up this morning. Living right on a main road in Sitka, I’m used to hearing traffic noise during the day. I forget how much snow muffles the sound of vehicles driving by. (It probably also reduces the amount of traffic.)

I decided not to brave the roads in a vehicle and went for a walk instead. The wisdom of this choice was confirmed when I saw a truck sliding through the roundabout, unable to continuing making the turn on the packed snow turned to ice.

Later I saw a small pickup try to turn right on to Marine Street. The wheels were turned, but the vehicle continued moving forward. 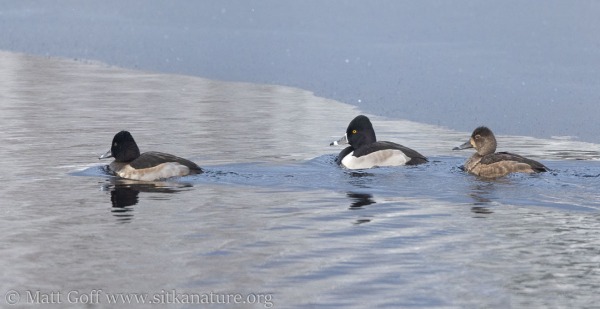 At Swan Lake, only a bit of open water remained. A couple of coots and seven Ring-necked Ducks were among the birds utilizing it.

Shortly before I made it to Eliason Harbor, the brief break in the clouds between showers had closed. 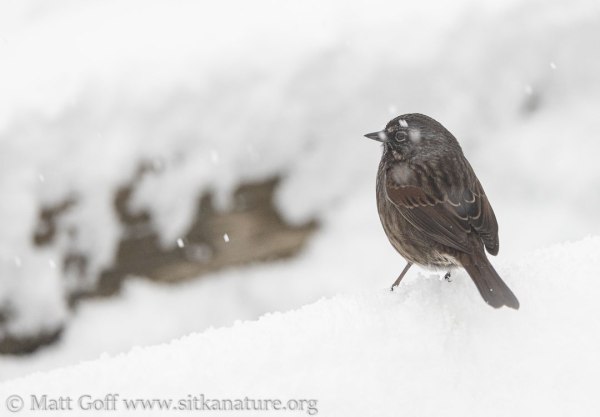 I did not see much from the harbor on my walk out to the southern outer float.

By the time I had walked down much of Katlian Street, only a bit of snow continued to fall, and I could see another break in the clouds.

I went up on the bridge to check out the view to the south, where sunlight shown through a bit. 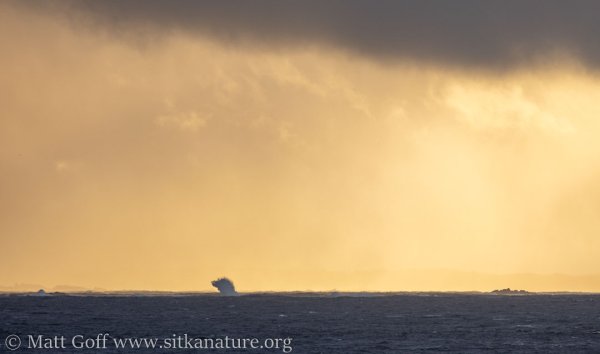 I could see some big waves crashing out that way. I didn’t notice them so much when I looked at Vitskari and Kulichikof. Maybe I just didn’t watch those for long enough. 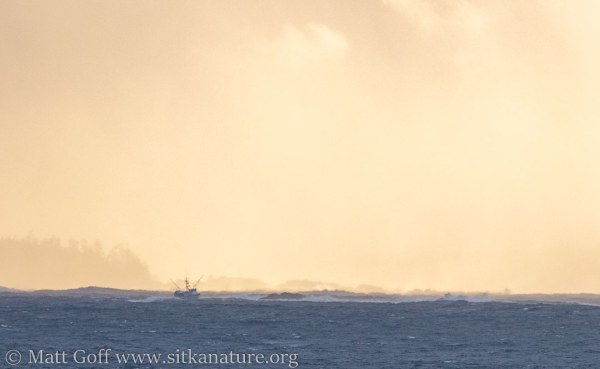 In the far distance, I spotted a fishing boat making its way through the waves. From my perspective, it looked uncomfortably close to the breakers on rocks, but I’m sure they had plenty of distance. 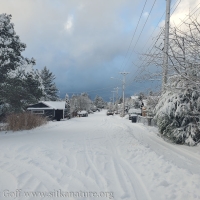 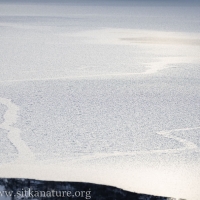 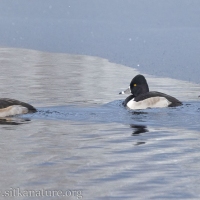 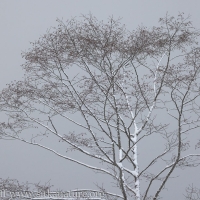 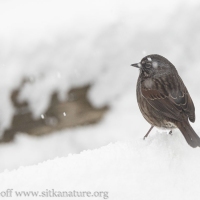 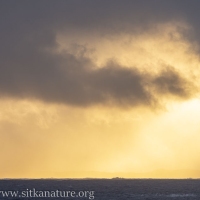 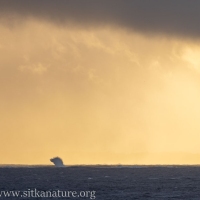 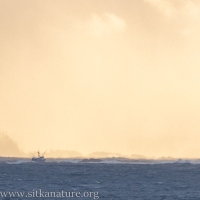 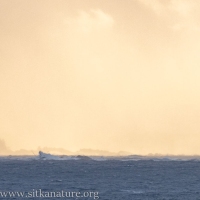 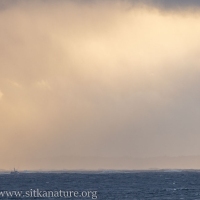