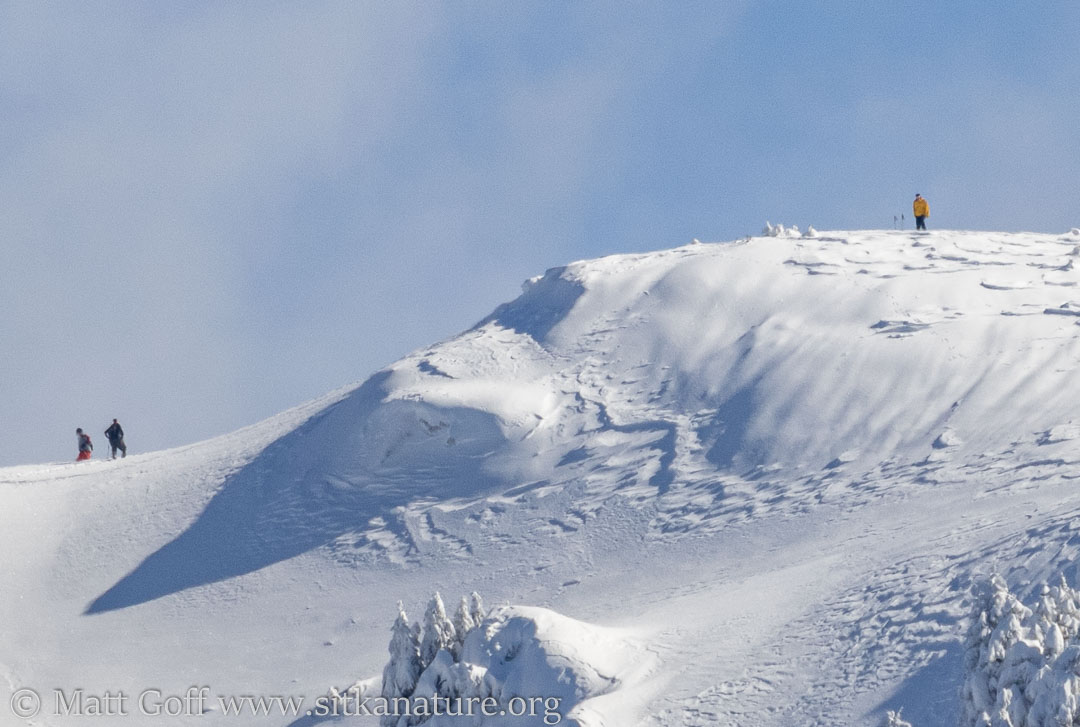 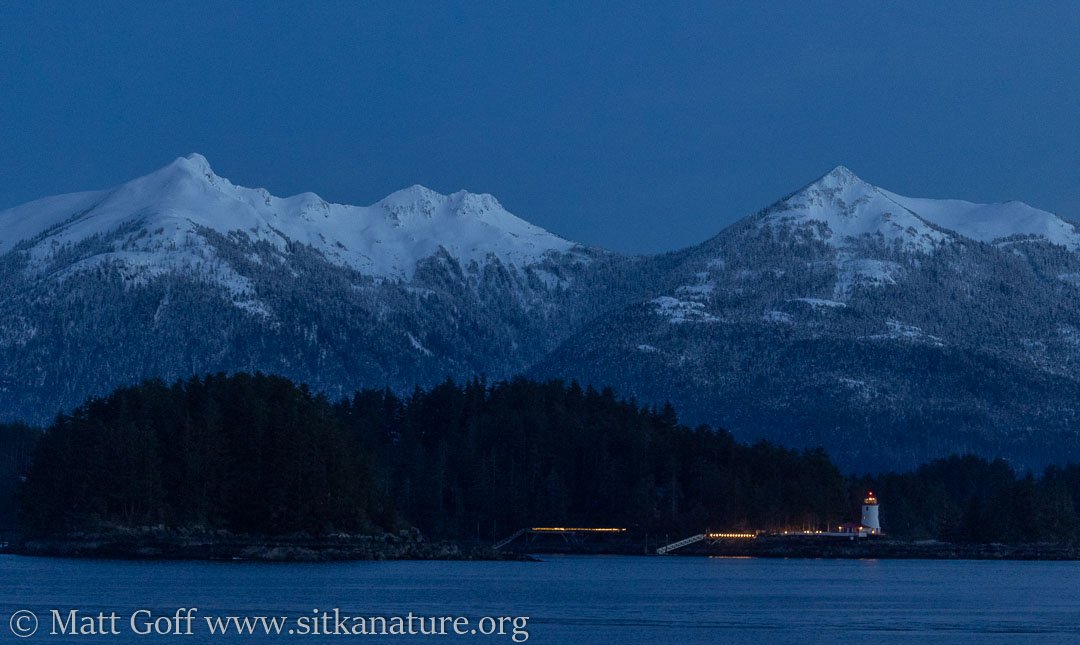 The forecast had been calling for clearing skies, so I was a little surprised to see blue skies and sun when I looked out the window this morning. Apparently the clouds had moved off a little more quickly than expected.

Last night’s snow had resulted in enough accumulation to make things white, but it didn’t last long in the sun.

The bright sun apparently had an affect on the Song Sparrow in my yard, as it was singing much more fully this morning (and I might have heard another one in the distance as well).

When I checked the buoy conditions this morning, I was delighted to a see a bird had been captured in a couple of frames. I had been wondering if a bird might ever show up. I have hopes for albatross or other pelagic species at some point, but was happy to see this (Herring?) gull on what appeared to have been a fairly close flyby. The images above are an edited version of the original collage.

When I headed out for the first time around mid-morning, it occurred to me that it would have been a nice morning to be out earlier to get pictures while the sun was up, but before the snow came off the trees (a pretty narrow window of time). Later in the day, I saw some photos of the setting full moon, and realized that would have been another reason to be up early.

I made arrangements to meet up with Kitty to go for a boat ride and see if there was much activity associated with the herring. I was thinking it might be a nice day to get pictures of birds or marine mammals. As it turned out, the northwest wind came up stronger than forecast and we didn’t make it past the channel before turning back to take advantage of the sun on more solid ground.

Driving out to Starrigavan, we saw there were herring boats out well off of Harbor Point. I didn’t hear how much they caught yesterday. I imagine it will be reported on tomorrow.

After last week’s conversation about possibly working on a survey of bryophytes along Blue Lake Road, we decided to go back there and perhaps make a few more collections. 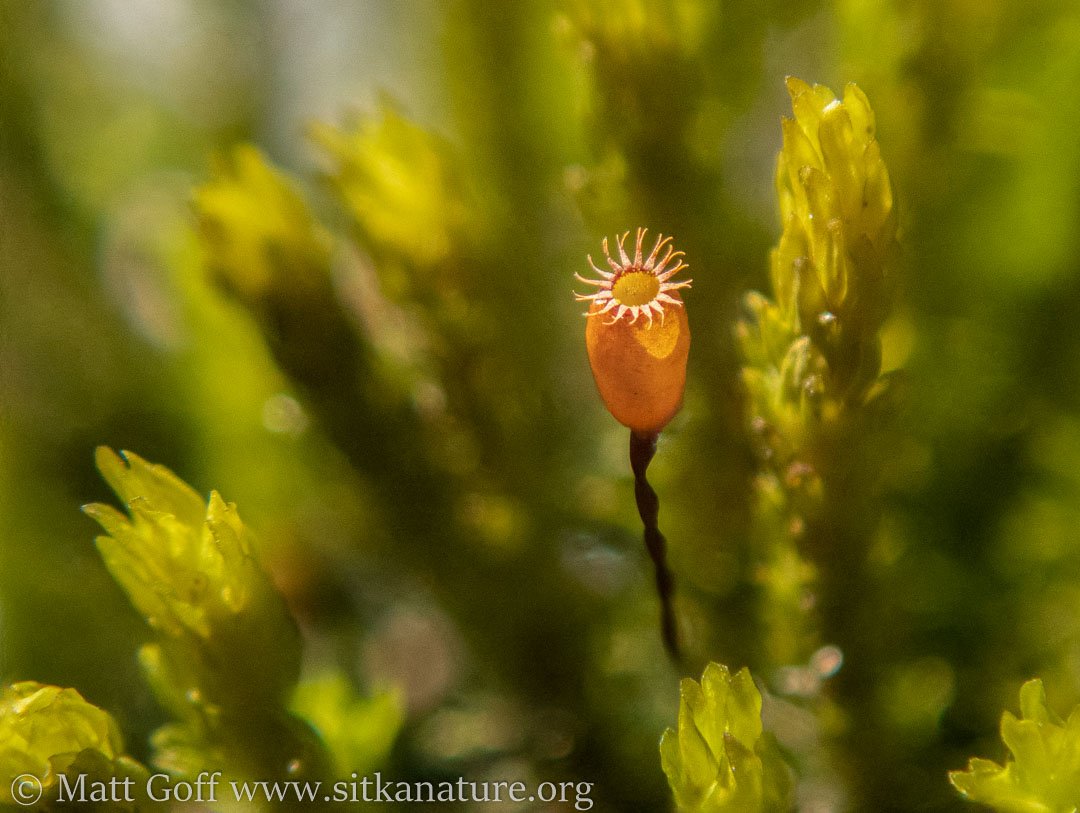 In the end, I took did six different collections. I think one might be the same as one of last week’s collections, but time will tell. Kitty will get them from me after they’ve had a chance to dry out, and with any luck, will be able to put names on them.

I went back out again shortly before sunset this evening. There were high clouds already moving in from the northwest (the forecast is for snow and rain this week). There was not much of a sunset, but it was interesting to see the sun is now dropping between Mt. Edgecumbe and Crater Ridge (rapidly moving north).

I probably wouldn’t have stayed out long, but I remembered the full moon would be rising (a bit south of where it was yesterday, as it turns out), so I decided to drive out the road to pass some time.

The winds of earlier had settled and conditions were calm, as compared to the stiff breeze and whitecaps off of Halibut Point Road in the middle of the day. 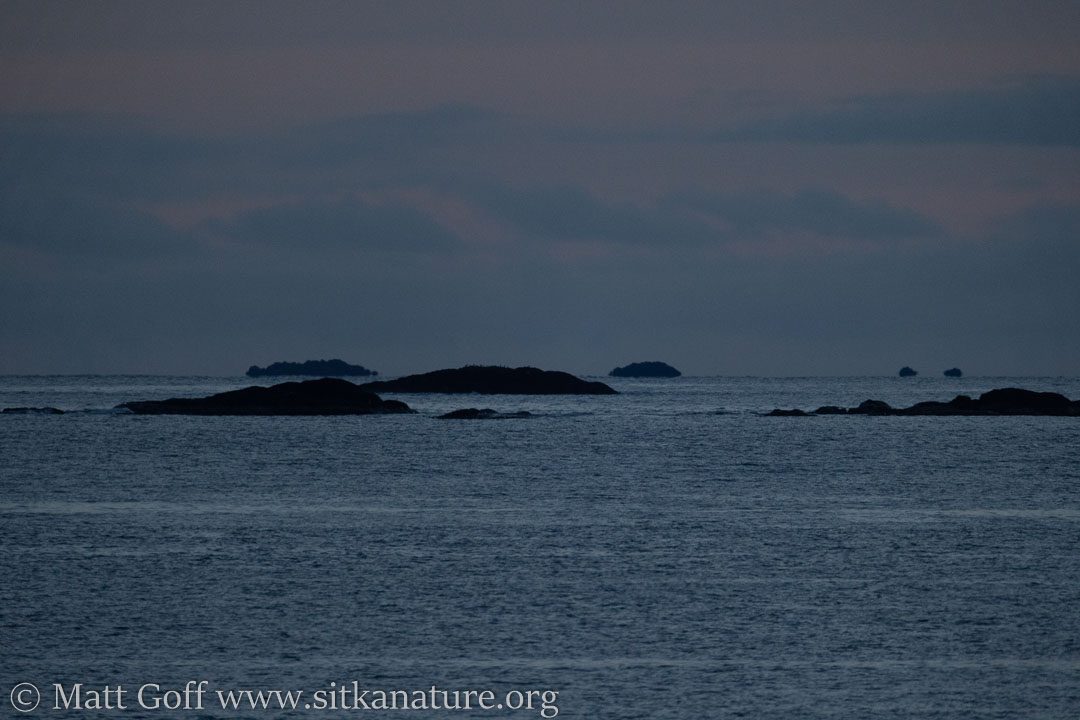 The tide was low, and it was interesting to see how many more rocks were showing than when it’s up. Perhaps part of the reason it was surprising was the tide was lower than I expected, at -1.94ft it was more than a foot lower than the predicted -0.69ft.

With moonrise not until around 7:45pm (perhaps coincidentally, that was the time of low tide), I knew it would be a bit later before it got high enough to clear the mountains to the east. 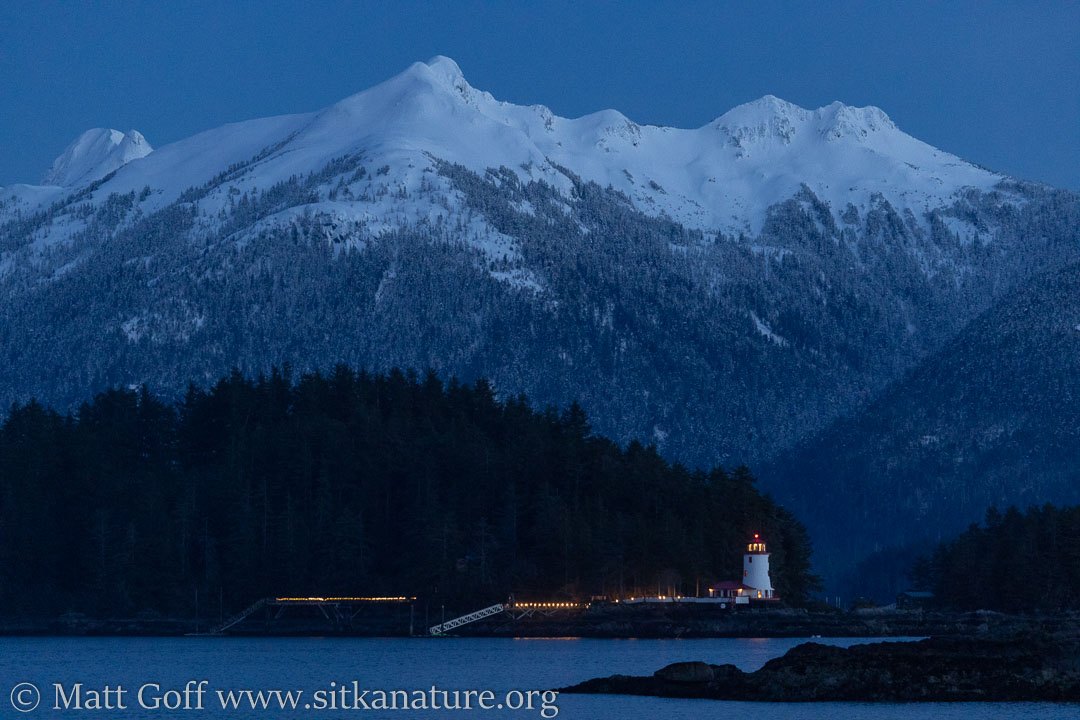 I took some blue hour photos of the lighthouse and mountains while I was waiting. As it got nearer to the time I expected the moon to show, I decided to watch and wait from under the bridge.

At about 8:15pm I noticed a faint glow behind the high peaks of Baranof Island, and in the moments after, the moon emerged. 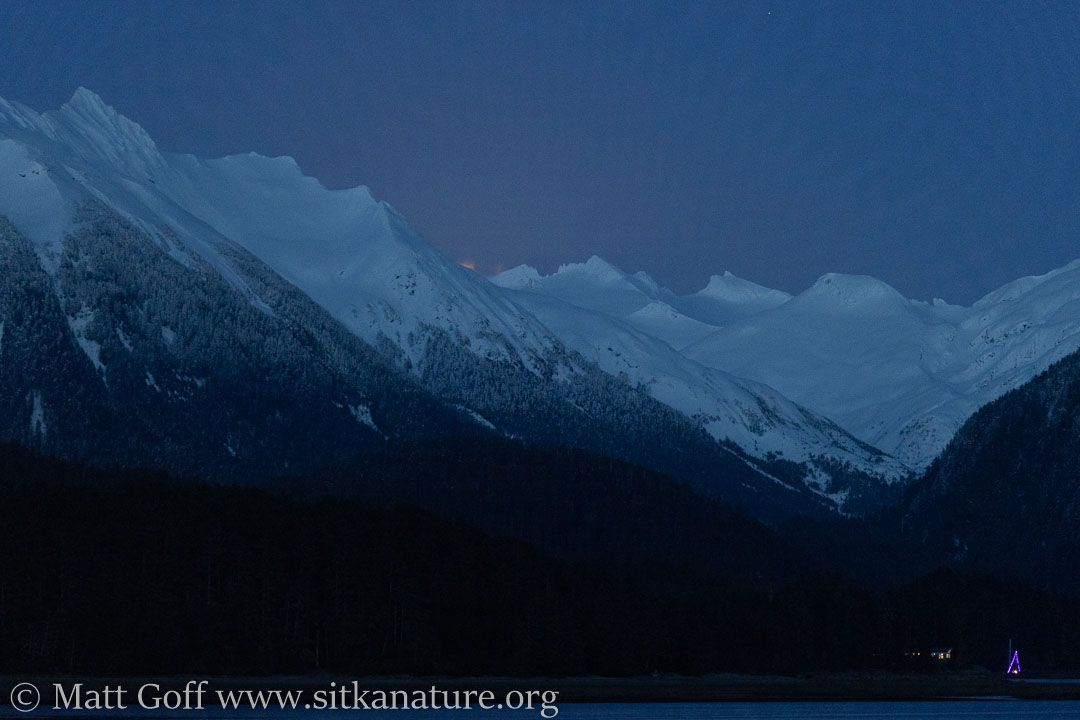 I my experience, neither the sun nor the moon seem to move that fast unless you’re trying to take pictures of them rising or setting. This is especially true if you’re wanting to switch lenses (as I did a few times).

After the moon cleared the peaks from my vantage under the bridge, I moved over to Crescent Harbor briefly, but it was still above the mountains there. I decided to try going out to Silver Bay before heading home. It was a nice view, but some thin clouds had started to come over. I was not feeling ambitious enough to try and find a good spot to get pictures (especially since I didn’t have a tripod with me). 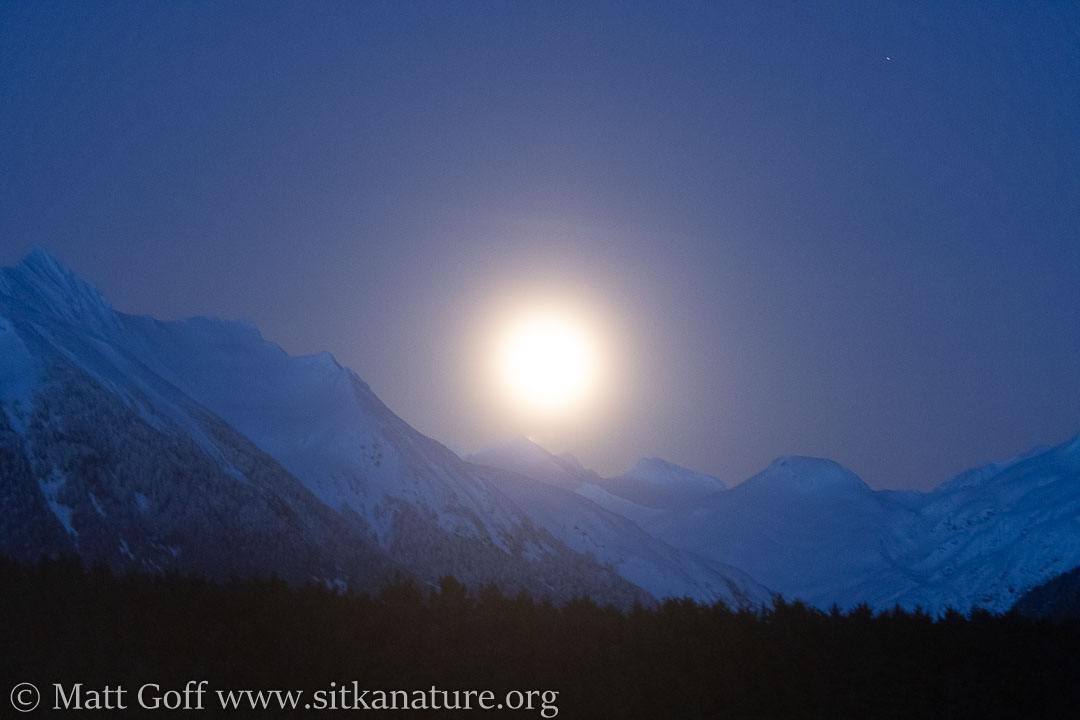 I ended up with nearly 1500 photos from the day (a great many of those are images that will be used in focus stacks of the bryophytes), that it took over 2 hours for my computer to get them all ingested and ready to begin looking at. Since I didn’t get home until around 9pm, that means I won’t get a chance to look at them until tomorrow. I’m hopeful at least a couple of the moon ones will have turned out (and I guess I’ll know the answer to that before anyone besides me reads this!). 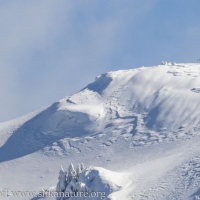 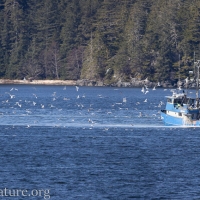 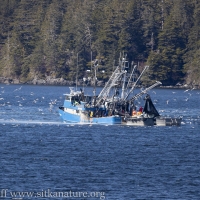 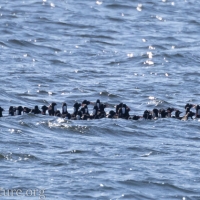 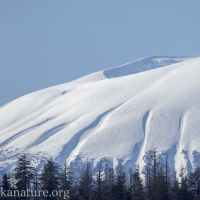 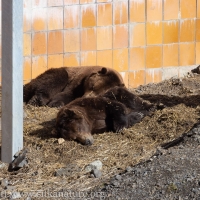 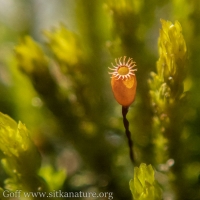 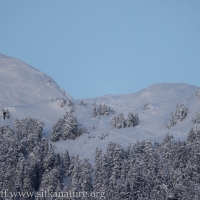 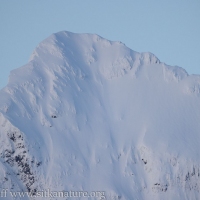 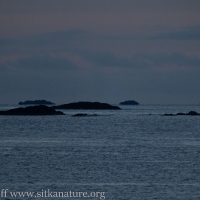 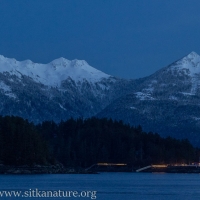 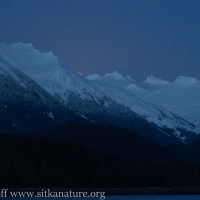 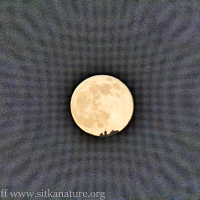 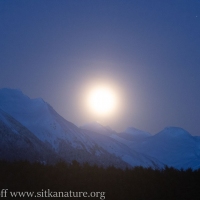 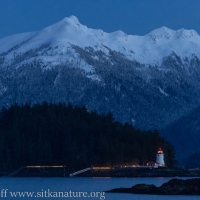 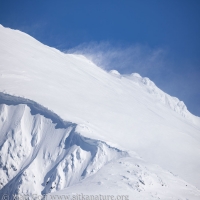 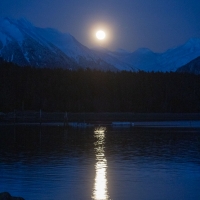 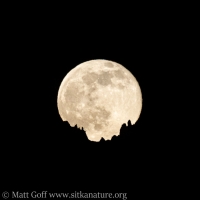