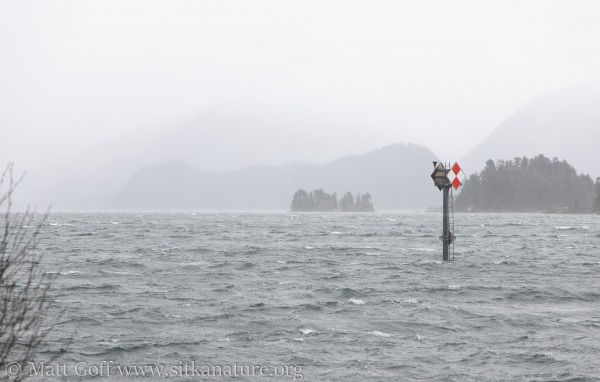 I was up early (for me) today to meet Amy C. who was in town for the day and interested in doing some birding in the free time she had this morning.

We met at Lazaria Drive at 8:30am in the still dim light. The rain had not started in earnest yet, but the wind had already begun (the forecast called for a high wind warning from 9am-9pm).

There was a nice mix of sparrows and juncos, but not the hoped-for Brambling.

We walked around to check the north end of the channel, then out in front of UAS before retracing out steps to Lazaria Drive.

This time the Brambling showed up with the sparrows, and we had brief looks at it before it disappeared.

We checked for the Rusty Blackbird (things were quiet on Charcoal Island) before braving the winds to walk across the bridge.

We found the Wood Duck at Swan Lake, and had enough time to walk down to the Totem Park entrance before walking back across the bridge.

It rained off and on throughout the outing, but never especially hard. Later in the evening there were more intense showers. Snow levels on the mountains appeared to be down to around 2000 feet or so.

I did not make it out to Starrigavan at high tide. There was a significant atmospheric push that developed in run up to high tide, but in the end it didn’t quite match the 13ft tide of Tuesday. 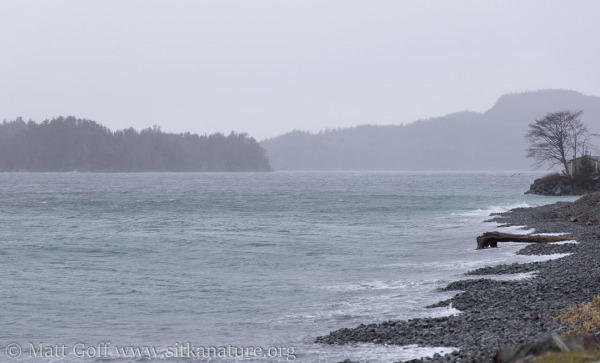 I was interested to see that it was calmer near Sandy Beach than in Crescent Bay. 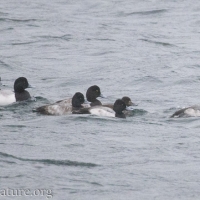 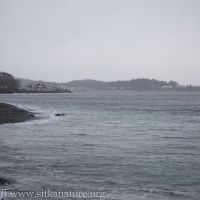 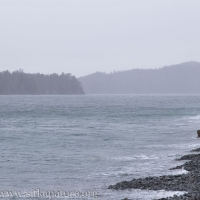 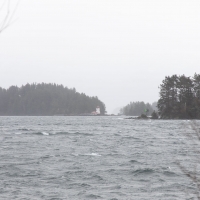 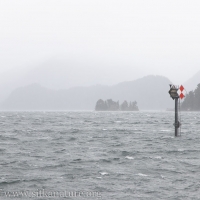