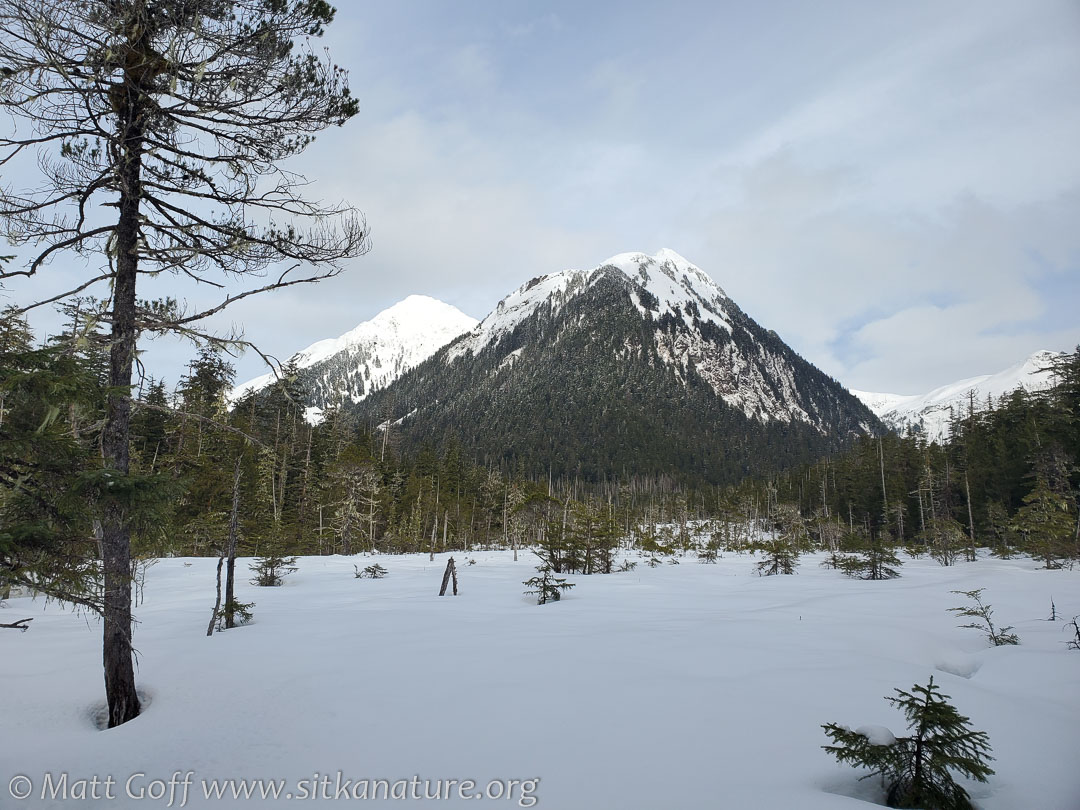 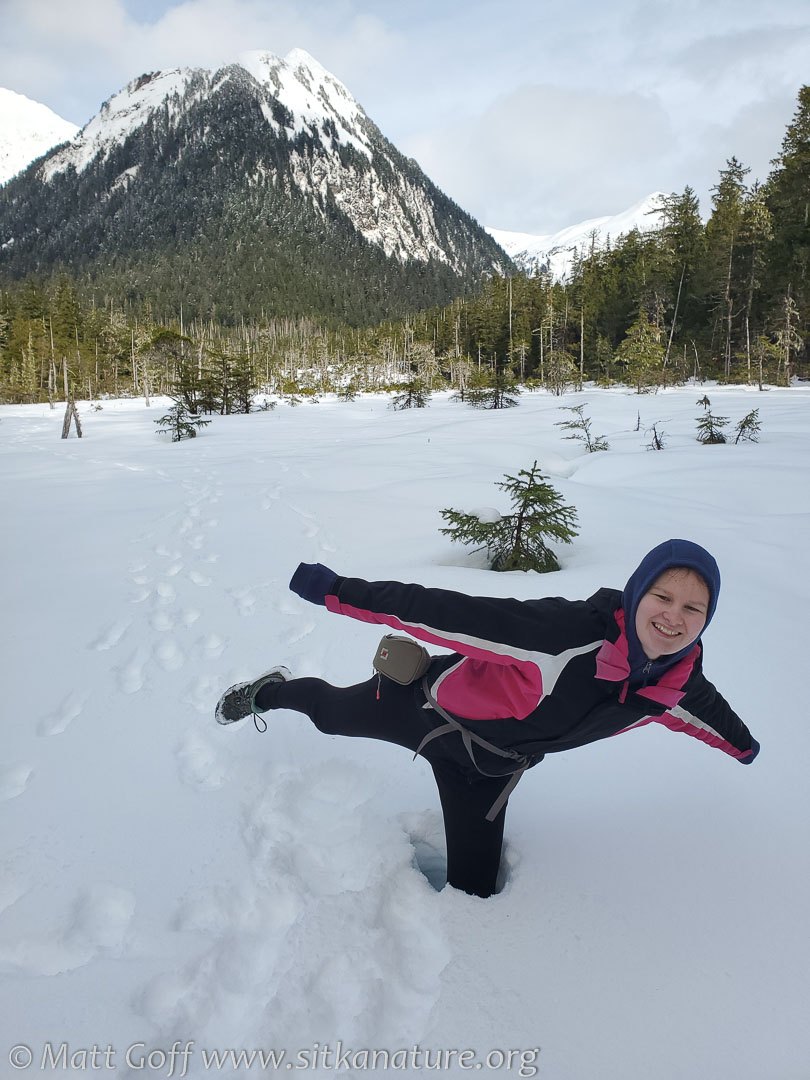 Clear skies prevailed overnight, and the temperatures responded by getting down into the mid-20s. Conditions were calm, even out at the buoy where seas were down under 5 ft for the first time in quite a while (they’ve spent much of the past couple months over 10ft).

This afternoon Rowan went with me to take care of the Indian River ibuttons.

Starting out, there was only snow in open areas without branches overhead. By the time we were a bit past the bench muskeg, snow was mostly continuous, except where it had been melted by significant ground water.

When we left the trail near the second bridge, snow was at least a foot deep in the forest, and twice that (or more) in the more open areas.

The snow was somewhat solid, but unfortunately for me, not quite solid enough to consitently hold my weight, and I was regularly punching through to knee or thigh deep.

On a side trip to a more open spot to take care of an ibutton (which I’ll need to move next time, as the tree it was on broke off – fortunately above the ibutton placement) I confirmed the hard way that devil’s club can still an issue in the snow. When I ended up thigh deep afer a step, my other knee came down on the snow right where just the tip of a stalk was at the surface. The spines seemed especially stiff as they went right through my rainpants and into my knee.

It had been some time since I labored through snow in these conditions, and I was reminded how tiring it is to think I have a solid placement for my foot, only to drop down after I’ve placed my weight on it.

Rowan was only very rarely post holing, so I had her carry my backpack. She still was not post holing much, and I was doing so much less than I had been (but still more than her).

I was a little bummed that the forest ibutton seemed to have given up, so it’s likely I won’t be able to compare it with the temperatures in the muskeg during the January cold snap. I could see from a quick look at a graph of the data that it got down to near 0F. I’ll have to look more closely at the actual data to see if it got below 0F (wihch I’ve only seen once or twice before in the 10+ years I’ve been collecting this data).

We left my backpack in the fringy area near the muskeg, since we planned to come back that way.

The snow in the muskeg was at least a couple of feet deep and turned out to be quite firm. I had to stomp pretty hard multiple times to get down into it.

I ended up being a bit disappointed when we saw several things I wanted to take pictures of. However, I was not disappointed enough to make the effort to go back instead of just using my phone.

The first find was a fuzzy caterpillar crawling along the surface out in the middle. We’re not sure where it came from, but I am pretty sure it’s a ruby tiger moth (Phragmatobia fuliginosa) which I’ve only seen once before (an adult back in May 2007).

We ended up seeing three leaf-roller (Tortricidae) moths out and active on the surface, a small stonefly, and a spider or two as well.

There were a couple sets of small mammal tracks, one was pretty clearly a squirrel, and the other I was less sure about, but I suspect shrew.

As we were leaving the muskeg, Rowan commented that she liked this snow – it was pretty and hadn’t been trampled down by other people. (She’s been groaning whenever it snows in town – but it sounds like it’s less about the snow in principle, and more about how the snow is around town with all the foot and vehicle traffic).

My thermometer battery is getting low, but I did try measuring the water. The falls fork was 37F, and the west fork 43F.

After seeing only a single trail runner who passed us on our way up, we crossed paths with at least 9 people and 7 dogs on the way back.

It was clear by the time we got back to the car that my legs are not used to this kind of effort. I’ve been getting a lot done on longer-term indoor projects, but I have some work to do if I am going to enjoy hiking very much this year. 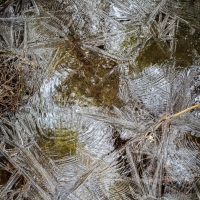 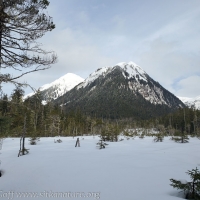 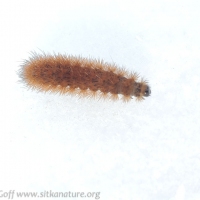 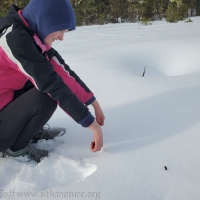 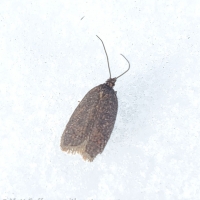 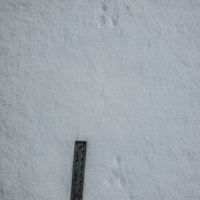 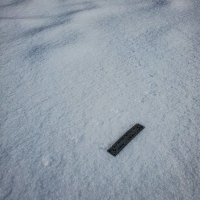 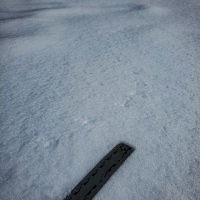 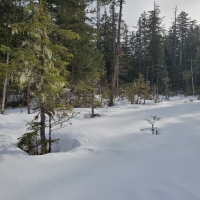 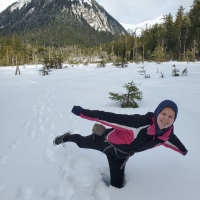 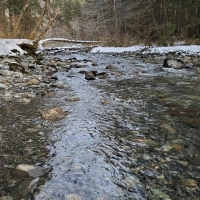 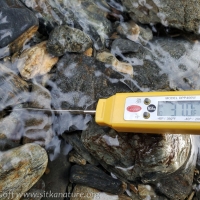 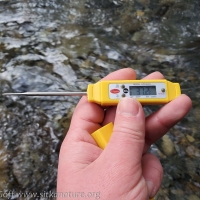 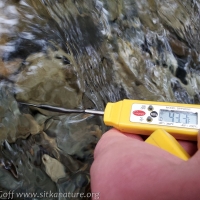 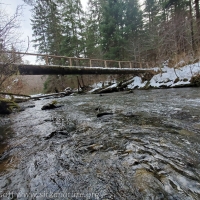 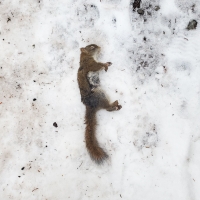