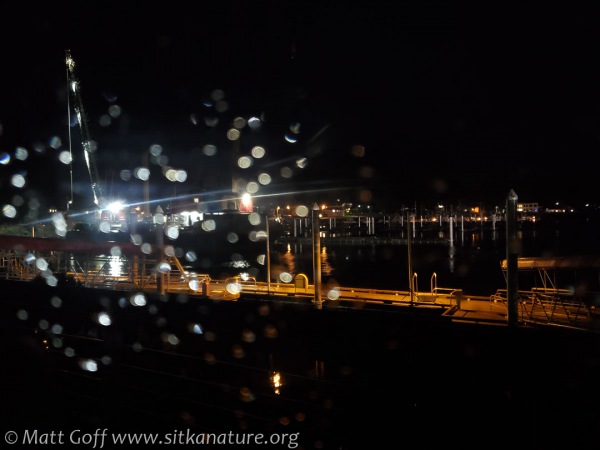 It’s been a wet start to March. Yesterday ended with over 1.3 inches of rain, and it looks like today will still be above average for the date, but still less than half an inch.

This evening around 10pm I saw a flash, and moments later heard the rolling thunder. The time gap was relatively small, so I think it was only a mile or two away. A shower of hail (or graupel) moved over, but did not last too long. I saw another flash ten minutes later, but this time the thunder was several seconds in arriving.

Later in the week it’s forecast to dry out for at least a couple of days, but also get cold, with temperatures down into the 20s at night.

Despite the cool weather, the birds are getting more of a spring-like feel. The juncos have started to sort-of sing, and be more aggressive with each other. They’ll be dispersing soon. I heard from LP that starlings were working on nests.

I felt a bit off, like I might be fighting illness, so took extra time to rest today between calls (this morning) and MMO work (this afternoon and than again this evening).

Near the end of the evening shift, a snow squall blew through. It didn’t lead to any accumulation, but visibility was limited.